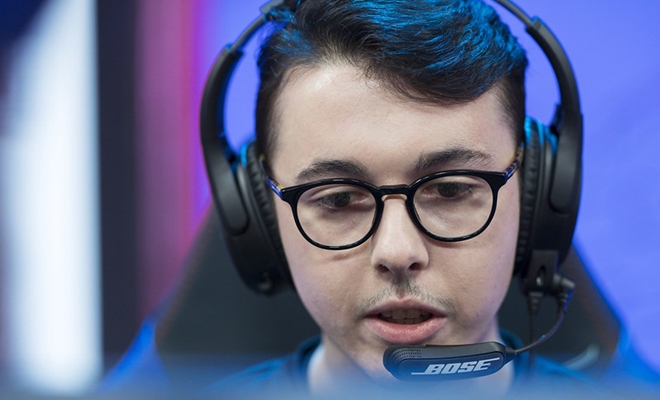 Despite having a poor showing in their match against Team Liquid, Tally remains confident that Legacy can take games off any team in their group. (Photo courtesy Riot Games)

In previous years, the Oceanic Pro League has struggled to find its footing at international events regardless of how hyped they were coming into events. This year, the domestically dominant Legacy Esports carries the OPL’s torch at the 2020 World Championship.

After their loss against Team Liquid on Day Two of the Play-in Group Stage, Legacy is seated in the center of their group with a 1-1 scoreline. We caught up with Legacy mid laner James “Tally” Shute who opened up about his poor individual performance on the day, thoughts on the rest of the competition in Play-ins, and confidence in the team’s ability to find success in the Play-in Stage.

Hotspawn: So what went wrong that game? From the outside looking in it seemed one-sided, but can you walk us through what happened?

Tally: So we got what we planned for; we had a game plan where we wanted to play the Lucian and have a really strong teamfight and slightly outscale our opponents. We had the ability to play Ziggs bot which let us play an AD jungler so we had the AP option, but I really think it’s just a really easy answer: I just got player-gapped pretty much in mid. Our comp kinda fell apart when Ori took control of the map. So the fact that we weren’t able to control mid through what I think is the strongest mid laner right now and snowball the map is what I think really made the game hard for us to play.

Hotspawn: It’s refreshing to hear such a self-critical and upfront answer. On that note then, when you gave up first blood to Nicolaj “Jensen” Jensen, it really seemed like you were anticipating the Shockwave and trying to time your E, but it still grabbed you in. Did the hitbox surprise you as much as it did me [laughs]?

Tally: [Laughs] I mean I always have this thing when I play versus Ori where I always think the Shockwave is not gonna clip me and then it does. That was probably another one of those where I was just like “oh yeah I can just dash the Shockwave because he can’t position the Q on top of me,” but it just clipped me. And I felt like he knew that it was gonna hit; his execution on the champion was really good.

Hotspawn: You brought up your draft plan to pick AP bot earlier. You guys picked Ziggs for Quin “Raes” Korebrits, which obviously is extra strong because it’s a flex. Do you think it’s as strong mid as it is bot right now?

Tally: I’m actually a big fan of Ziggs mid lane. I don’t know if you’ve seen my domestic games, but I’ve been playing Ziggs into control mages. I’ve been a big fan of the pick for a long time, I think it’s a really underrated champion. I just think the ability to just put it bot and then play the ADC mid, which is pretty much just flipping our comp because if we had a Lucian bot and Ziggs mid it’s just a traditional comp, so the fact that we can play each champion in each lane and choose the better matchup is pretty handy.

Hotspawn: Well shifting gears, I recently spoke to Pentanet.GG’s Jackson “Pabu” Pavone and he told me that if it came down to a game between Legacy and Team Liquid that was past 30 minutes, Legacy would win, but only if you rolled a nat 20. What do you think you guys rolled [laughs]?

Tally: [Laughs] Um… I think the rest of my team was rolling like 15 onwards and I maybe rolled a nat one something like that [laughs].

Hopefully, everybody realizes that the effort I put in was everything that I could do.

Hotspawn: [Laughs] Thanks for being a good sport about that one. Segueing off that, what has the team atmosphere been like? It always seems like there’s pressure to perform internationally as an OPL team because historically the region has struggled at Worlds. Does that weigh on you guys or make you feel a sense of responsibility to represent the region well?

Tally: Specifically this game, I just said as soon as the game ended “sorry guys, my bad.” Everyone knows what went wrong , no one’s holding grudges. It’s very easy to be critical and improve from the mistakes that we know because this isn’t a macro problem to solve, it was micro, which is the easiest thing to fix as a pro because you just need to play your champ better, you don’t need to worry as much about how to play the game in that sense.

On the Oceanic side, I don’t really feel like the extra pressure of “my region hasn’t performed well internationally so I need to be the one to do it.” I’m thinking about myself as a pro player that I need to do the best that I can. Hopefully, everybody realizes that the effort I put in was everything that I could do. I’m not purposefully not doing my best just because I’m from OCE.

Hotspawn: I like that. I think it’s important to focus on yourself without worrying about the unnecessary bagger. You’re not Bombers or Dire Wolves, you know? So going forward, you guys are 1-1 and you have a big day of games ahead. Who are you most worried about right now?

Tally: I would say the team I’m most scared of would be Papara SuperMassive. I think the way they draft and how well they play is pretty impressive for a wildcard region. I think MAD Lions have been looking pretty shaky, but I still think they’re a very tough opponent. And we just saw what Team Liquid can do to us so I don’t really have to go on much about that. I think we’re definitely not far behind these teams. On a good day with a good draft we can definitely win against anyone in this group. It’s just really based on how we perform and how we prepare.

Hotspawn: Well then if you guys don’t make first and still advance, depending on where you slot in you’ll have to play at least one best-of-five. I’m not sure how closely you’ve been watching the other group, but what team over there are you most interested in playing and which one would be the hardest to face?

Tally: My most interested? I think it would be Unicorns of Love. I think their drafts are just pretty awesome. The fact that they’re just playing whatever they want. They don’t really confine themselves to the meta, they just have very skilled players and they play what they believe is the best. Playing against teams like that where their gameplay is really scrappy is always fun, so I’d really look forward to playing UoL.

Even though LGD is 0-2, I’d still be very scared of them in a best-of-five. I think the experience they have and the talented players on the team, it’s just a scary roster to verse.

Hotspawn: Last question. Anything to say to your fans from the OPL? I have a bunch of OPL fans on my timeline these days cheering you guys on.

Tally: Just thanks everyone for watching. I’m sorry for letting everyone down this game, but I think personally it’s time that I probably just go back to what I’m really good at and not just play something because it’s strong. I think everyone can expect me to be playing champions that people know me for from now on.

Legacy’s next match will be against MAD Lions on Monday, September 28th at 2 a.m. PDT.