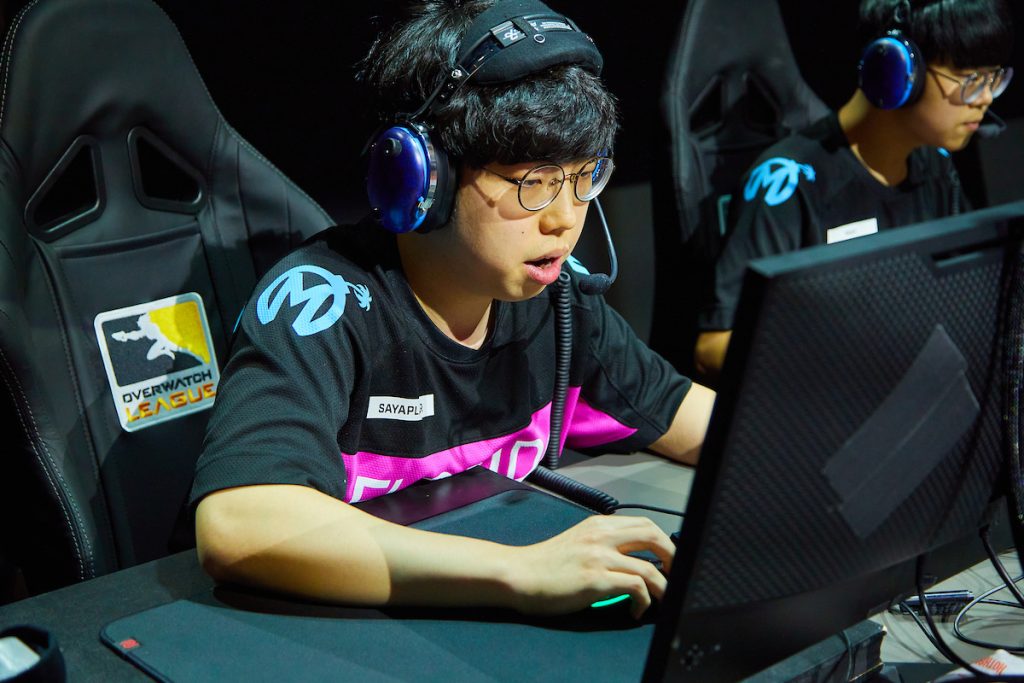 Sayaplayer has also chosen a new name, he will henceforth be known as Spyder. (Photo courtesy Stewart Volland For Blizzard Entertainment)

T1 announced on Wednesday that they signed former Overwatch professional Jung-woo “Sayaplayer” Ha to fill the final slot on their VALORANT roster. Along with the new game, Sayaplayer also has taken a new name: Spyder. After signing Spyder on Wednesday and Sam “DaZeD” Marine earlier this week, T1 officially has a full VALORANT roster again.

Spyder was released from Florida Mayhem earlier on Wednesday, after being inactive during the second half of the 2020 Overwatch League season. Spyder was involved in professional Overwatch for four years, competing first for Meta Athena in APEX season 2 and then for Florida Mayhem in the Overwatch League for three seasons. During his time competing in Overwatch, Spyder made a name for himself as one of the most dangerous hitscan DPS players in the world. Now he will look to take his clicking head skills over to Riot’s latest esports phenomenon.

Take good care of him! pic.twitter.com/H4RAOMHeWJ

T1’s VALORANT team had a disappointing few months over the summer. They started out strong in June by coming in second at the T1 x Nerd Street Gamers Showdown event, but ever since T1 has struggled to put on good showings. During July and August they were eliminated in quarterfinals at the Pax Arena Invitational, FaZe Clan Invitational, and Pop Flash tournament. At the Pittsburgh Knights Invitational Gauntlet Series, the team was eliminated in the group stage with a 1-2 record.

In the wake of these bitter losses, T1 has been rebuilding over the past couple of months. In Late August former CS:GO phenom Tyler “Skadoodle” Latham stepped down from T1’s active roster to focus on retooling his gameplay and expanding his agent pool. Then In September, Austin “crashies” Roberts and Victor “food” Wong left the team, with both players later signing on with Team Envy. After over a month of uncertainty, everything finally came back together this week. Skadoodle returned to T1’s active roster, and they signed Sam “DaZeD” Marine and Spyder to complete their roster once again.