syndereN: “Dota 2 has become a lot harder to balance” 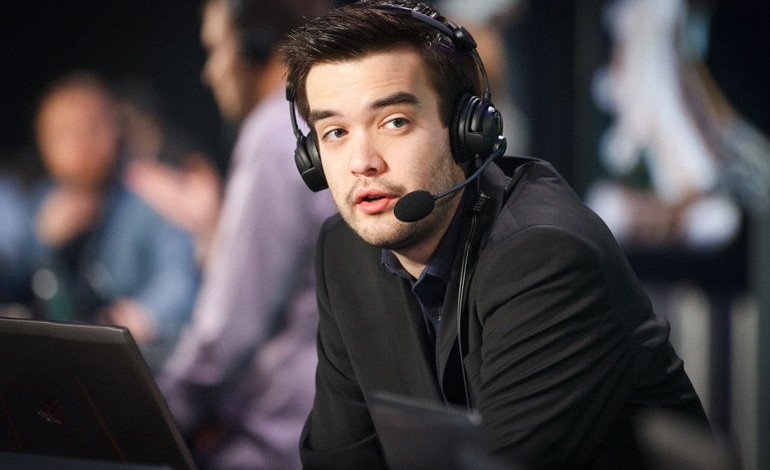 Highly esteemed analyst, Troels Lyngholt “syndereN” Nielsen, brought up some incredibly good talking points on “We Say Things”, a weekly podcast hosted by himself and Shannon “SUNSFan” Scotten. One of the most poignant, of which, came from a discussion surrounding neutral items, and the danger to competitive Dota 2 if they are left unchanged.

What are neutral items?

Neutral items were a brand new game-changing addition to Dota 2 back in November, and have come under fire repeatedly for the heavy element of RNG they introduced into the game. There are currently a total of 58 neutral items, which are divided into five tiers, and drop randomly from fallen neutral creeps. Only three neutral items per tier can drop for each team, with higher tier items dropping as the game goes on. For example, tier one items drop from 7-15 minutes, whilst tier three items drop from 25-40 minutes.

“A LOT HARDER TO BALANCE”

Synderen said on the podcast that balancing heroes in Dota 2 had become “a lot harder now” due to the arrival of neutral items.

“Some heroes are inherently broken with the right items, and not without, and I don’t know how you combat that,” said the Dane. “For example, Essence Ring as an item, it’s a good item. Put it on Wisp it’s god-tier. It’s totally insanely good on Wisp. How do you solve that? Do you make it not work on Wisp? Do you nerf Wisp? Or do you nerf the item?,” said syndereN. “…and I don’t think keeping the status quo is the solution.”

Unlike other items that can be purchased or assembled in the shops, neutral items presence in the game is completely down to RNG. This has created a variance that make them a real problem according to Synderen.

NO NETWORTH AND OP NATURE OF STACKING

SyndereN’s concerns over neutral items went deeper than simply their RNG nature. The Dane also brought up the issue that none of the neutral items have a networth. This is an issue because it means killing a support hero, for example, stacked with buffs from neutral items is not worth more, despite them being much harder to kill.

Assigning networth to neutral items would also create an additional headache according to SyndereN. When suggested by co-host SunsFan that Valve could simply assign a networth value for each neutral item, he replied: “If you’re giving them a different value, then you’re inherently saying that some of the drops are better than others… and we can’t have that.”

The pair discussed possible solutions, with Sunsfan in favor of having tiers within tiers, suggesting there could be low-mid-high drops in each tier, with each category assigned its own networth.

The conundrum of how to “fix” neutral items is one that Dota 2 is currently facing, especially following Nigma’s victory at the WePlay Minor, a Dota Pro Circuit event. It was the first event that saw games reach 60-70 minutes, meaning the community finally saw tier five item drops in action at the highest level.

“These items are not balanced, relative to themselves, and relative to each other,” said SyndereN. “And I think that’s fair to expect when you have this small of a sample size.”

He went on to say that it was also “problematic” how the items can be stacked on a single hero in their current form, potentially suddenly turning one hero into a monster if the drops were right.

SyndereN’s “band-aid solution”, if neutral items were to stay, would be to limit the number of neutral items heroes can carry by introducing a single neutral item slot – a topic the former player mentioned had been talked about.

Top three items to be changed or removed

Aside from discussing how to make neutral items feasible in the competitive scene, syndereN also took Sunsfan up on his challenge of picking which items should be reworked or removed completely.

The items that should go back to the drawing board, according to the Dane, were tier one item drop Trusty Shovel, tier two’s Grove Bow or Essence Ring, and “absolutely” tier three’s Craggy Coat and Telescope.

In summary Synderen said: “I had a pretty positive outlook on both neutral items and Outposts. Now that I’ve played and watched a lot of games, to be honest I don’t know if this adds to the game in terms of enjoyment factor.”

“My favorite thing that could happen with this, and probably will never happen, is that they remove the concept entirely and they keep the 10 coolest items they came up with and add them to the store.”

You can watch the entire We Say Things episode on YouTube.