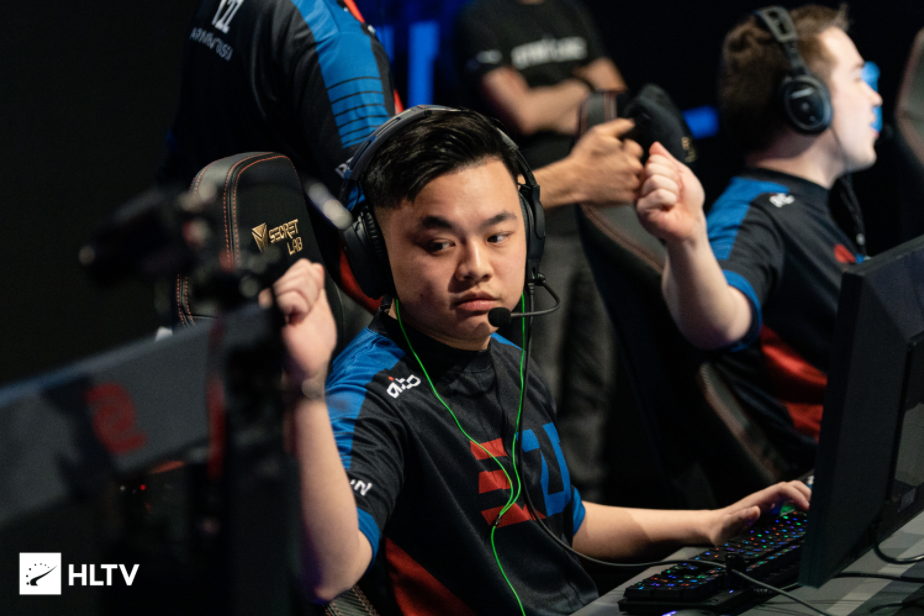 Swole Patrol have pulled off the most unbelievable result imaginable in Group C of ESL Pro League. (Photo courtesy HLTV)

Group C of ESL Pro League’s eleventh season has already delivered a stunning upset on just the second day. The expected group toppers in Team Liquid have suffered a horrific 2-0 defeat at the hands of Swole Patrol. The former eUnited roster have gone from the group punching bag to being a threat that everyone should look out for.

The first map of the contest was Swole Patrol’s pick of Vertigo. Liquid had the T side pistol round and easily cleaned up a full save. Swole forced up in the third round and attempted to retake the A bomb site. Unfortunately for them, they lost it and their economy in the process. The next full buy saw Liquid air towards the A site again, but it was a fake to cause rotations. The B site was taken for free, giving Liquid a 5-0 lead.

Swole Patrol finally got on the board in round six by defending a fast B push. They then earned a second in a row by turning a 3v5 around on A Ramp. Liquid continued to assault the A bomb site, as is meta for Vertigo. Rounds were traded back and forth as Swole Patrol did manage to keep the gap small. However, Liquid earned a 9-6 lead at the half which was a somewhat expected result.

The second half was the opposite of expected. Swole Patrol won the pistol round despite freakazoid falling off of the map, then stormed through Liquid’s force buy defense on the B site. One full save later and Swole Patrol tied the game up. The first Liquid gun round was crucial to see who would gain momentum to take the lead.

Swole’s Mid and B Stairs control was overwhelming as they destroyed Liquid and put them back on pistols. The next gun round put Liquid on the board as they successfully defended the B site for the first time. Four rounds were then split evenly between the teams. With the score at 13-11 for Swole Patrol, both economies were on the brink. Swole had only really played to take the B site. That conditioning allowed them to rotate to the A site while trading evenly. Freakazoid then earned a 3K and denied the defuse at the last second.

Liquid couldn’t bounce back and lost the remaining rounds. Swole Patrol earned the lead in the series with a 16-11 win on their own map.

Swole Patrol continued their momentum on Liquid’s Overpass pick. After taking the pistol round, they stuffed Liquid’s force buy with a great Bathrooms defense. Liquid managed to take their first point in round four as Swole’s fast Fountain push failed spectacularly. It was all Liquid would be given for a while. Swole Patrol got right back to winning ways as they once again denied an A side push. They frequently stole Kriegs on CT side, giving them immense holding power. Liquid tried swapping to a B side attack, but couldn’t get anything going there either.

Swole Patrol jumped out to a 10-1 lead before Liquid finally reconnected to the server. They took two gun rounds with a push on each site and got a third off a save. Swole Patrol was able to buy in the last round and once again shut the door on Liquid, earning an overwhelming 11-4 lead at the half.

Liquid needed every round they could get if they wanted to come back. That prospect started off well with a sneaky defuse in the pistol round. However, Swole Patrol used the plant money to force buy and run into the B site. Liquid failed the retake, dooming them to a bad economy. The next Liquid force was close to stealing a round, but close wasn’t good enough. Swole Patrol hit fourteen rounds, then earned match point right after thanks to a quadra-kill clutch out of Cooper.

With a 15-5 score line, the game was essentially over. Liquid tried to make it look better and did so by taking seven rounds. Even if they did have their moments at the end, Liquid still couldn’t pull the comeback together. The ten round gap was too much to overcome as Swole Patrol eventually closed the map out 16-12 to complete the 2-0 upset.

This upset has massive implications for Group C of ESL Pro League. Liquid was expected to be a definitive top two seed. Now that they’ve dropped an unexpected game, the door swings wide open for anyone to claim a top seed. Liquid are expected to be better than this. They’ve been on a slip for a while, but 0-2 to Swole Patrol shouldn’t be a possibility for North America’s “best team.”

This result is incredibly exciting for Swole Patrol. Seeing as they are currently without an organization, FunPlus Phoenix recently expressed interest in sponsoring them for Flashpoint. That could extend further if they show the strength to do well at Pro League. North America is always looking for more true contenders in CS:GO after all.