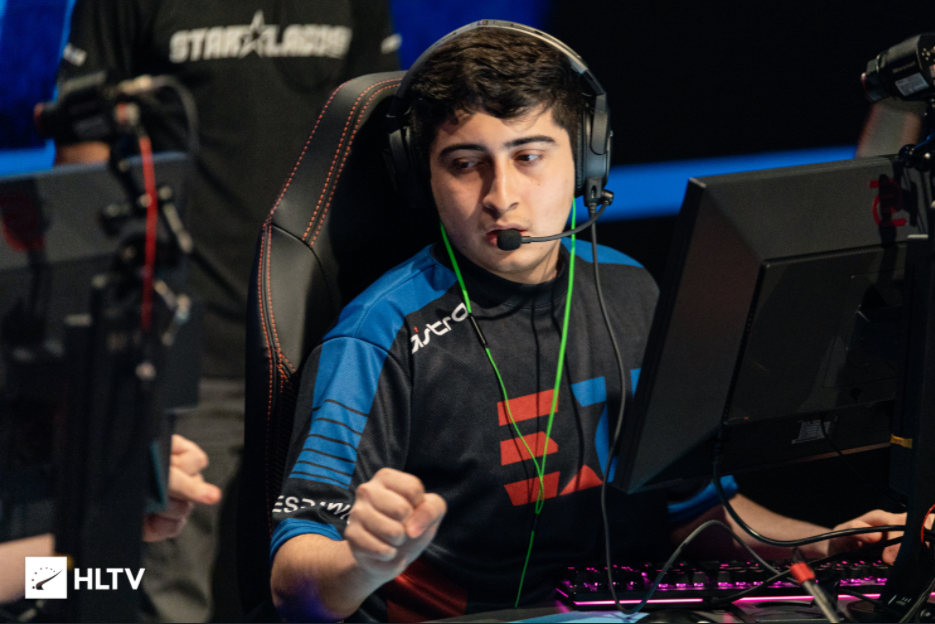 The second to last day of ESL Pro League’s Group C has made the group very interesting. Swole Patrol have pulled off a 2-0 sweep of FURIA. This unexpected result has locked Group C into a four-way tie in the middle of the table at 2-2 records going into the final day.

Swole Patrol’s Vertigo was up first. A chaotic pistol round ended with a defuse in the face of FURIA as Swole Patrol took the first round. The FURIA force buy was shut down in A Ramp, putting Swole Patrol on a 3-0 lead. The first full buy round saw FURIA try to control Mid, but they were collapsed on from all angles. After another save round, FURIA found their first point from a slow A site attack.

FURIA kept attacking the A side of the map. Yuri “yuurih” Gomes earned a 3K entry onto Ramp in round eight to break Swole Patrol’s economy. Yuurih’s impact continued to skyrocket as he won round 10 with a sneaky two-man assassination, then clutched a 1v4 to win round 11.

FURIA’s six round win streak put them in the lead for the first time in the match. Swole Patrol finally won another round by shutting down a Mid push. The final round in the half saw FURIA actually pull off a full B site execute for the first time to give them an 8-7 lead.

Swole Patrol won the second pistol and the full save to take back the lead. It would be short lived as yuurih stole the first gun round with a 1v2 clutch on the A site. FURIA then pulled off a 3v4 retake of the B bombsite, breaking the Swole Patrol economy. The next full buy round went exactly the same way, with Swole Patrol losing a B site retake where they had the advantage.

Down 12-9, it looked like Swole Patrol could get into bombsites, but couldn’t quite secure the rounds. All they needed was a little spark, and they got it in round 22. On a pistol and MAC-10 buy, Swole Patrol stormed the A site and won the late 2v2 to take the momentum back. The next round saw Swole Patrol barely win the B site retake situation to put FURIA on pistols.

The lead swapped hands once again as Swole Patrol earned a 13th. The next buy was FURIA’s last chance at controlling the map. Another clean B site entry by Swole Patrol put the Brazilians at a 3v4 disadvantage, so they decided to save three rifles. FURIA then gave up match point, opting to save once again after losing the A site. The final round was cleaned up by Ryan “freakazoid” Abadir with a 3K to secure the map 16-12 for Swole Patrol.

The teams then headed to FURIA’s preferred Nuke pick. Swole Patrol chose to start on the favored CT side, but lost the pistol round to a B site attack. The next three rounds were full of craziness as both teams spent every dollar they had to try and secure the early advantage. Whichever team had the “better buy” ended up losing the round. That was until Swole Patrol held onto the A site with an SMG-led defense. FURIA’s next attempt on B was shut down by Cooper’s AWP from Ramp.

The next two rounds both ended on the A site with one going to each team. The trade was better for FURIA, as the T side full buy is cheaper. Swole Patrol were stuck on two MP9’s and a CZ-75, but still managed to turn round 10 in their favor with an aggressive Lobby push. FURIA’s save round went to Ramp, but they were aced by Jordon “Zellsis” Montemurro with a Krieg spray down.

FURIA then tried an A site split from Lobby and Outside, but Swole Patrol slowed it down well enough for reinforcements to arrive and save the round. After another save round loss, the Brazilian squad finally found a fourth T round with a much faster A site burst and a 1v2 from Vinicius “VINI” Figueiredo. Four T rounds is an acceptable total on Nuke, but Swole Patrol’s 11-4 lead was daunting.

The North American’s earned a twelfth quickly by winning the second pistol. However, they couldn’t break through FURIA’s aggressive CT force buy play. The economy war was won by FURIA this half, as they successfully retook the B site to ruin Swole Patrol’s economy. After a full save, Swole Patrol began their T side game plan which emphasized using utility to deny FURIA information. They threw Outside smokes three rounds in a row, but mixed up their attack location between A and B. FURIA were always too slow to rotate, forcing them to save guns while giving up round after round. Now on match point, Swole Patrol closed the game out quickly and easily with an Outside walk. A final map score of 16-7 concluded the 2-0 sweep.

This win has turned Group C upside down. Every team is still viable for playoffs depending on the day five results. Swole Patrol themselves are looking pretty good to advance, as they have tiebreakers over two strong teams in Liquid and FURIA. They also have the theoretically easiest matchup of the lot against MiBR.

On the other hand, FURIA is now in a bit of trouble. Their matchup is against 100 Thieves, a much tougher team on paper. If they win the match, then they’re in playoffs. If they lose, any number of results could knock them out. There will be at least one 2-3 team advancing, so it all comes down to how the chips fall on day five.