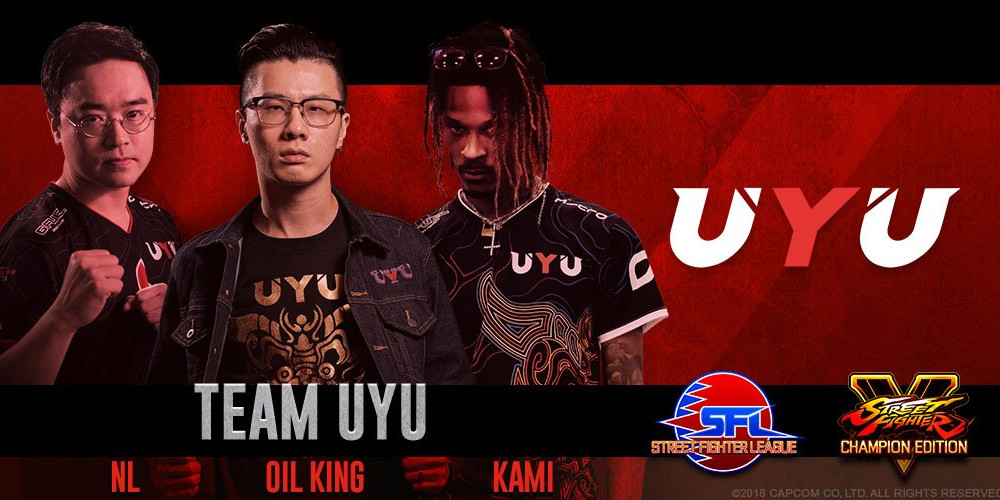 UYU is the first esports organization to be added to the Street Fighter League. (Photo courtesy UYU)

The Street Fighter League, Capcom’s take on the team league format, has been quietly gaining steam for two seasons now. Mostly consisting of teams made up of various pro players, influencers, and rising players, it’s been an exercise in Capcom creating a proof of concept. That’s all starting to shift, if this news is any indication – they’ve invited a real esports team to the competition for the first time.

Famous fighting game esports team UYU has been selected to send three of its best players to the competition. This marks the first time that an actual team has been chosen to compete, and could herald a new age in the League’s history if things go well.

Teams in the past have been named by Capcom internally and have included such gems as “Team Aqua Frost,” “Team Magma,” and others.

UYU joins seven other teams in Street Fighter League season three, with no word yet on if other organizations will be joining the fray. Team Psycho Shinobi is the only other team to be announced, headed up by M. Bison main Yeh “Hotdog29” Man Ho. He’s got heavy hitters in his stable too, including recent Cygames Beast free agent Infexious and Xian.