Stixxay: “I’m kind of immune [to flame] at this point” 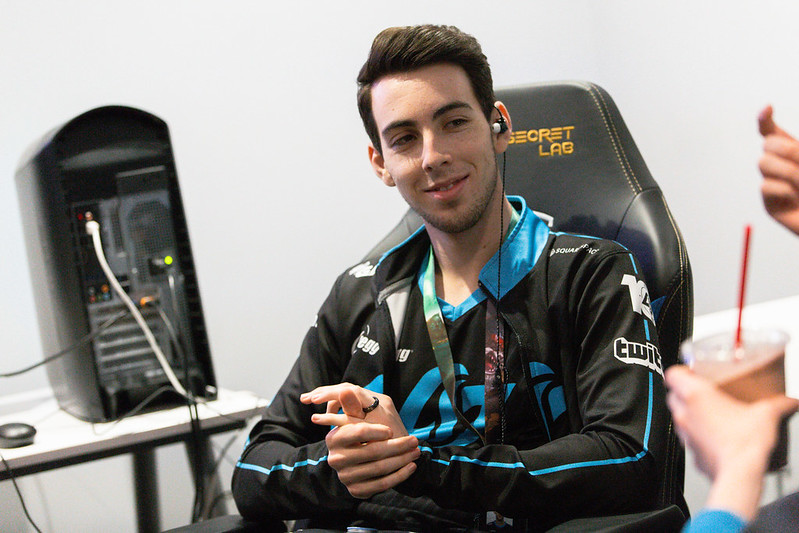 As one of the most veteran players on CLG’s starting lineup, Stixxay’s no stranger to receiving criticism from fans when the team struggles to perform. (Photo courtesy Riot Games)

CLG’s top three finish in the League of Legends Championship Series 2019 Summer Split reignited some fans’ hopes for the team to become consistently competitive. Those hopes were crushed quickly after they finished the 2020 Spring Split in 10th place.

After bouncing back from a disappointing showing on day one and ending the first week of the 2020 Summer Split with a 1-1 record, CLG is looking to show that they’re a true contender for Worlds. Hotspawn caught up with ADC Trevor “Stixxay” Hayes after CLG’s win over Immortals to talk about day one draft issues, how the team deals with criticism and thoughts on how broken Aphelios is.

Hotspawn: Congrats on your first win. What was different about this game compared to day one’s game?

Stixxay: [Day one] was pretty terrible I would say, because we went into the offseason feeling really revamped and that a lot of things have changed and we just got perfect-gamed in our first game. Obviously not ideal. I think, just being honest, that our draft was pretty awful [day one], so not sure what happened. We were just playing stuff that we hadn’t even practiced the entire week. I don’t know how that happened, but it did. It happened, it sucks, and we learned off of it and we talked a lot about draft after that game and certain things in the game that we messed up. I think today we were just playing against a weaker opponent. I think we made a lot of mistakes again today, but we weren’t really punished. But obviously the draft was better so the game was much easier for us as well.

Hotspawn: That game was pretty even until IMT started throwing and you guys won teamfight after teamfight. Where do you think they went wrong?

Hotspawn: Coming from ending at the bottom of the league in Spring to now, how do you deal with the criticism especially after losing your first game of the split?

Stixxay: I’ve been in the league for a pretty long time now, I think almost four and a half years, so I guess I’m kinda used to being praised and being criticized. I would say I’m kind of immune to it at this point [laughs]. I’ve been on both sides of the spectrum so often back and forth. One split people think I’m the greatest thing ever and the next one people think I’m the worst thing ever. It’s whatever, I know what I’m capable of and I know that at the end of the day League is a team game and there’s a lot of stuff that people don’t see behind the scenes. I just kind of tune it out and don’t go on social media too often, it’s pretty unhealthy.

Hotspawn: In a similar vein, how do you deal with criticism as a team when it’s your teammates being criticized and not you? How do you keep morale high?

Stixxay: I would say that the main thing is we typically advise people not to check Reddit or read the threads and stuff, because all that’s gonna do is make you think more negatively in general either about your teammates or about yourself. Because of coronavirus we’ve been apart, but typically we’re in person with everyone so it’s a lot easier to empathize with people when you see them face to face every day. On top of that, we play with each other every day. You know what your teammates are capable of, you know what your teammates are like, you know that a lot of these things that people say about them [are] just things from an outside perspective. They don’t actually know what’s going on and it’s just this narrative they wanna push. I don’t think anyone has a negative impression of anyone [else] on the team. It’s just kinda how things are when you’re on a losing team. People just wanna flame the losing team.

Hotspawn: On a lighter note,  [Eugene “Pobelter” Park] came in Spring and you guys started to look a lot better despite losing still. What special thing does he bring to CLG that you guys maybe wouldn’t otherwise have?

Stixxay: I think Pobelter’s a player that can fit a lot of different teams. He doesn’t need to be the main carry of the team, he doesn’t have a specific style, he fits into whatever the team needs him to do. He’s very versatile, I would say. On top of that he has really solid mechanics and knowledge of the game. I think he’s just one of those players that’s an asset to any team you put him on because he’ll just fit in and he’ll always do well.

Hotspawn: Is there a certain playstyle or identity you guys are shooting for? You said day one’s draft was off, but a poke-centric comp like that isn’t something we’ve seen in NA in a while.

Stixxay: I wouldn’t say we necessarily have a team identity. I think, although our players were generally versatile, we have different opinions on the meta and stuff, so the way we play is usually just a combination of our champion picks and which champions need to get ahead and stuff like that in that specific draft. Usually it just depends on the draft. I wouldn’t say we’re ever specifically drafting for bot lane priority so that we can play off bottom or top lane priority so we can play off top. It’s just kinda whatever the draft ends up being. We just pick champions that are good into theirs, or we try to at least, and we play like that. 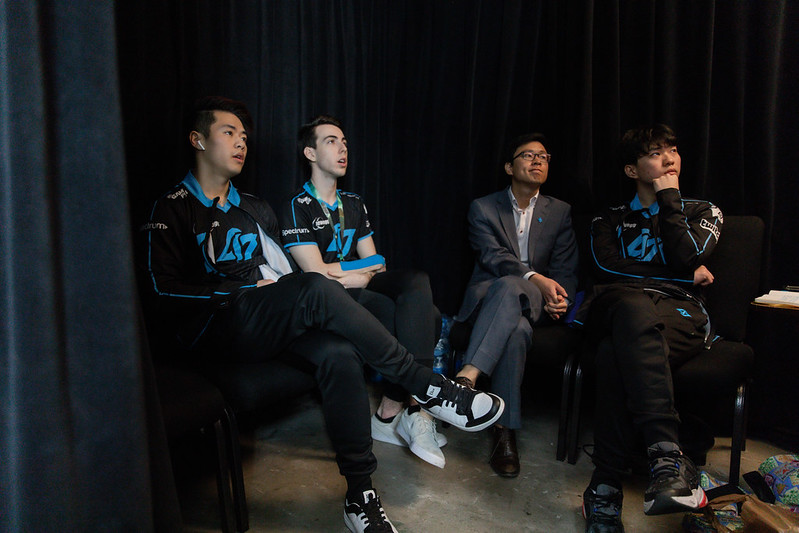 Hotspawn: So you’re on your second ex-TSM support…

Hotspawn: How would you say Smoothie compares to [Vincent “Biofrost” Wang] in terms of how you lane with him, how he is as a teammate, and how you guys get along?

Stixxay: I would say that Smoothie is a lot more outgoing and opinionated as a support. I think he’s really commanding with what he wants to do and he usually has a plan in the game. Bio was definitely more of the backseat support type player where he’s kind of following what the team wants to do moreso. Whereas Smoothie is trying to make the plans and get everything going. I think those are the biggest differences, outside of that, I’d say Smoothie is the type to play for the entire map rather than for lane. When I played with Bio we got a lot of lane advantages due to certain counterpicks and also just the way he played was typically to get me very ahead in the game. Smoothie is more like “let’s use our advantage to impact the other areas of the map,” and play for Herald, play for top lane, mid lane, stuff like that.

People are really starting to realize how broken Death’s Dance was as an item.

Hotspawn: So we’ve been seeing a lot of Aphelios/Lulu and Yuumi/Ezreal in the bot lane. For Aphelios specifically, the Conqueror and Death’s Dance build makes him basically unkillable. Do you think that’s healthy to have in bot lane?

Stixxay: Well… [laughs]. I think Aphelios is just his own special tier of champion. You just look at him and you’re like “how’s this a thing?” Also in combination with Death’s Dance, [it’s] really crazy. He has this OP kit because he’s Aphelios AND he has Death’s Dance which is an OP item. So I’m gonna say that this patch is a little crazy and people are really starting to realize how broken Death’s Dance was as an item and they’re just starting to rush it. Like second or third [item] on ADC’s even. It makes ADC’s unkillable and before ADC’s were the class that’s getting one-shot, so now that they’re not getting one-shot they’re just really broken.

Hotspawn: Do you prefer a bot lane meta where there’s one super broken strat that works and you need to get it every time? Or do you like more flexibility?

Stixxay: I like when there’s more flexibility. Obviously if I’m on the Aphelios side I’m like “hell yeah, give me the win,” but sometimes I like playing drafts where we can get an even trade for bot lane. Right now when you get Aphelios, it’s just one team has Aphelios and the other team has “not Aphelios.” They have another champ that maybe does fine versus it, but at the end of the day, the other team has Aphelios. It’s kinda weird. I don’t know how they really nerf him or anything. I think his kit is so strong.

Hotspawn: What do you have to say to the CLG fans that have been there through the tough times and are maybe feeling some renewed hope for this split after getting on the board early?

Stixxay: I can’t imagine there’s a ton of people [laughs]. I think losing tends to make people not really wanna follow you anymore. But for all the people that watch us still, it’s obviously very appreciated. I think all of our players work really hard and we’re constantly trying to improve and make things better. We’re aiming for Worlds, we’re all trying our hardest to get there, and hopefully we can make it at the end of the split.