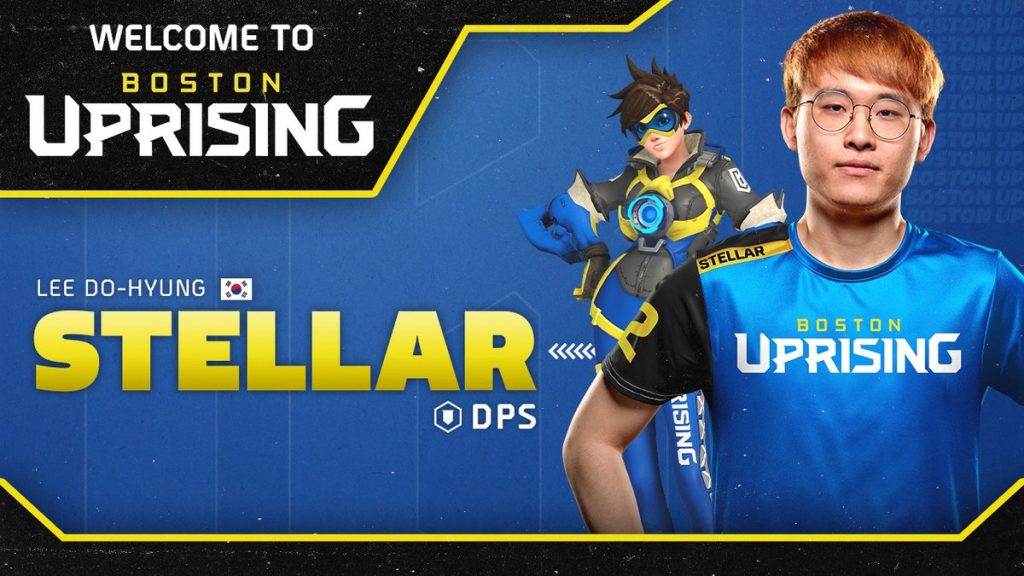 Retirement did not last long for Lee “Stellar” Do-hyung, as the DPS player has returned to the Overwatch League. Stellar had previously announced his retirement from competitive play in April citing personal reasons.

Stellar will not be rejoining his original club of the Toronto Defiant, who have since added three DPS players to their roster, and has instead opted to sign with the Boston Uprising. The Uprising needed the added depth at DPS with only Jeffrey “blasé” Tsang and Kelsey “Colourhex” Birse currently on the roster.

“We are extremely pleased to welcome Do-hyung ‘Stellar’ Lee to the Uprising,” said Chris Loranger, President of Gaming for the Kraft Group in a statement. “Stellar will be a key part of the team moving forward – we are excited to have him around.”

Stellar was a solid Brigitte player for the Defiant earlier in the season, ranking near the top 10 in most major statistical categories for the hero at the time. However, the Tracer-specialist was locked in “Brig jail” during the GOATS meta that never allowed him to perform the way we had seen him previously in the Korean Contenders Series.

This addition will undoubtedly add fuel to the rampant speculation that the Overwatch League is about to implement a 2-2-2 role lock. This speculated change would force teams to play two DPS, two tanks and two support heroes in every game, as opposed to whichever roles the teams deemed fit.