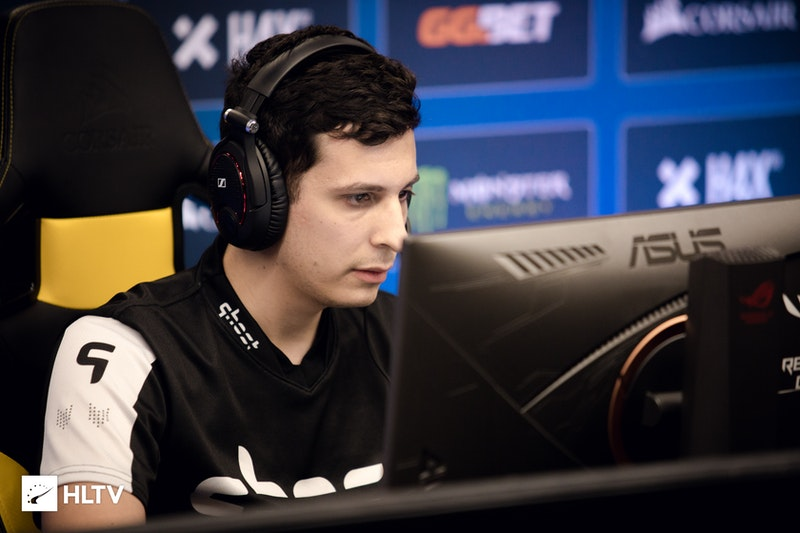 Steel will be replaced by free agent MarKE, as Chaos attempts to qualify for the ESL One: Rio Major. (Photo courtesy HLTV)

Chaos Esports Club announced on Monday that Canadian Counter-Strike player Joshua “steel” Nissan will be retiring from Counter-Strike: Global Offensive competition and transitioning to VALORANT content creation within Chaos. Steel received a lifetime ban from competing in Valve sponsored majors in 2015, so the move to VALORANT where he is not banned makes a lot of sense. Chaos is expected to announce that they will be replacing steel with free agent Edgar “MarKE” Maldonado, according to HLTV.

Even at the best of times change is constant.

Coming off of our recent success, @JoshNissan will be transitioning to streaming full-time as a content creator focused on Valorant.

“Even at the best of times change is constant,” Chaos stated in a press release. “Coming off of our recent success, steel will be transitioning to streaming full-time as a content creator focused on VALORANT within the organization. In his time with us Josh has helped build something special with our CS:GO roster, and we want to honor his wishes to let him take time to figure out what is next for him in his competitive career.”

Steel is a seasoned Counter-Strike player with more than a decade of combined professional experience in Counter-Strike: Source and CS:GO. He played for a large number of different teams throughout his CS career, including Team Dignitas and iBUYPOWER. Throughout his time playing Counter-Strike, the 30-year-old player found consistent success, helping his teams win a half dozen A-tier and S-tier events. Most recently, he helped lead Chaos to a semifinal placing at the DreamHack Open Summer 2020: North America tournament and a semifinal placing at the ESL One: Cologne 2020 tournament.

Steel’s move to VALORANT comes as no surprise, since he received a lifetime ban from Valve events in 2015, due to his participation in the iBUYPOWER match-fixing scandal at DreamHack 2014. He was unbanned from ESL events in 2017, but his VALVE ban still stands. Although steel is a great team captain and excellent in-game leader, the ban from Valve majors was a serious roadblock to his future in Counter-Strike.

In an interview with HLTV last week, steel explained: “We could theoretically win big titles, we just can’t participate at those events unless they want to use a stand-in for me.” He went on to explain that he would likely have to move on from CS:GO eventually, and it was “just a matter of when.”

Even at the best of times change is constant.

Coming off of our recent success, @JoshNissan will be transitioning to streaming full-time as a content creator focused on Valorant.

MarKE is expected replace steel on the Chaos Roster. He has been active in the CS:GO scene since 2016, formerly competing with NRG, Swole Patrol, and eUnited. He has been exploring his options as a free agent over the past several weeks, after Swole Patrol disbanded in May.

MarKE will make his debut for the team against Liquid on Tuesday, in the first match of the ESL Pro League season 12. As of writing this article, Chaos sits only a single slot away from qualifying to the ESL One: Rio major in the Regional Major Ranking circuit.