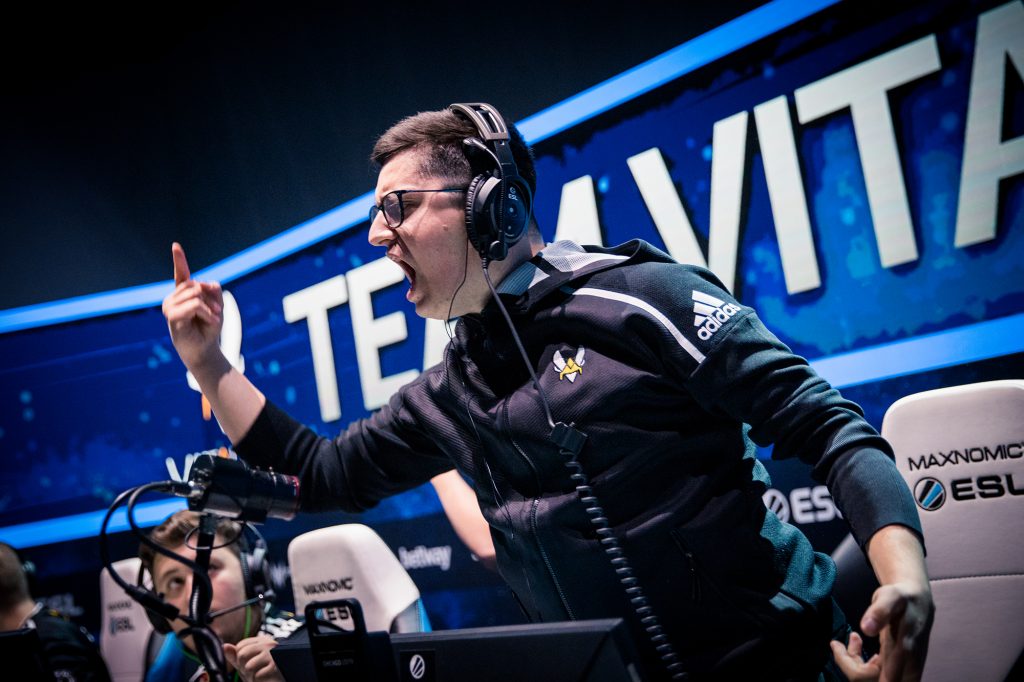 In their last four LAN outings, Team Vitality has appeared in three grand finals but are still in search of a Major (Photo courtesy of Helena Kristiansson via ESL)

“I don’t give a shit about this.” Team Vitality’s wunderkind Mathieu “ZywOo” Herbaut made his feelings clear at IEM Chicago when asked how he felt about being regarded as one of the best Counter-Strike players in the world.

“We want to win a Major,” he insisted.

The French organization’s entry into CS:GO has been an enthralling project to watch since launching in October of last year. The ambition of the project was addressed at the time of its announcement – to become a top team. Since then, Vitality has shown an incredibly steady progression through the ranks with plenty of heavyweight wins against top teams to be placed reach their current #2 HLTV.org status. With the Starladder Major on the horizon, Vitality will have a chance to break through the next threshold on their journey to becoming the best. It won’t come easy, though.

Team Vitality’s combination of experience and potential have made them one of the best CS:GO teams in the world (photo courtesy of HLTV)

At the core, Vitality is a team comprised of seasoned veterans and Major winners alongside a pair of rapidly upcoming talents; it’s a fusion we see utilized often in competitive Counter-Strike for teams looking to find the next best combination.

Nathan “NBK” Schmitt currently sits at the helm of the operation as the in-game leader alongside the entry fragging capabilities of Dan “apEX” Madesclaire – the pair having won a Major together in 2015 at DreamHack Open Cluj⁠-⁠Napoca on Team Envy. Then, of course, you have the star fragging ability of ZywOo, the 18-year-old French prodigy who has helped propel Vitality to their current heights in tandem with Alex “ALEX” McMeekin, a pseudo lurker who doubles up as support for the squad.

In their last four LAN outings, the French team appeared in three grand finals. They netted a title finish at both cs_summit 4 and ECS Season 7 Finals. Vitality would clash would Liquid in three of these expeditions – the first resulting in a clean 2-0 victory while most recently the French would be thrashed by the North Americans at IEM Chicago. It’s no secret Liquid will be Vitality’s biggest obstacle on the venture into the winner’s circle in Berlin – or anyone’s for that matter.

There’s a lot to draw from in the team’s last several months of tournament play when sizing up Vitality against the rest of the cast at the Starladder Major. Beyond the North American juggernauts, teams like Na’Vi are lurking in the background and looking to curb a potential French uprising; though Na’Vi would come up as victors in their debut skirmish against one another at IEM Katowice, it was a quadruple-overtime nailbiter – and even more so, it was long before Vitality had fully come into form as they have now.

Maybe no team exhibits the desire to be No.1 quite like Team Vitality (Photo courtesy of HLTV)

Astralis will surely look to get back to their winning ways at Berlin and the thought of them resuming their spot on the throne is a daunting thought. On one of the most paramount stages at ESL One: Cologne, Astralis, to much surprise, feel to Vitality in a best-of-three series. The matchup saw Vitality take both Dust II and Overpass in very convincing fashion – two of their strongest maps. As of the last three months, the French boast an over 70% win rate on Overpass, Vertigo, Mirage and Dust II, amplifying the depth of the squad’s map pool.

We often discuss the hunger of teams in profiles, and Vitality is a team that, above all, demonstrates this to its fullest capacity. From the incredibly stable climb through the ranks to ZywOo’s uncut emotion around wanting titles over accolades, it’s clear this a team that really wants to see the top of the mountain. Especially at a tournament such as the Major’s caliber and format where teams must remain in peak condition for over two weeks, the resilience and bloodthirst are what often separates the good from the great.

The Starladder Major has its favorites and Team Vitality is certainly one of them despite having to claw through the Challengers Stage. While it’s relatively simple to predict a few potential winning teams at the end of a Major, the fashion in which they arrive there is purely impossible to predict. It won’t be easy for any group looking to make their mark in Berlin, although, Vitality has a prospect brighter than most.