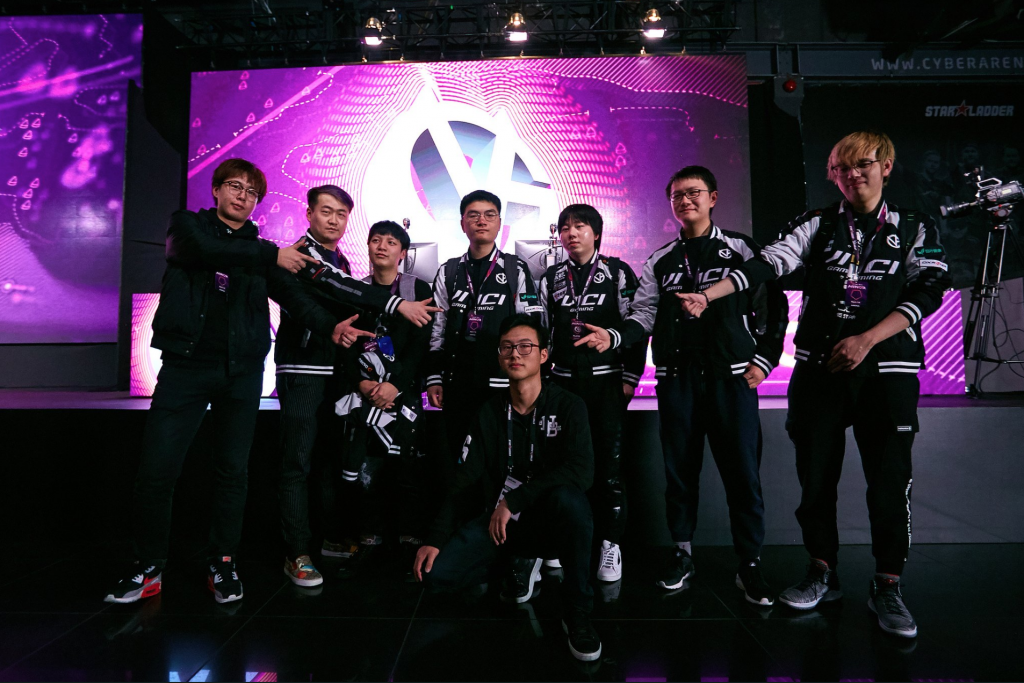 The group stage of the StarLadder ImbaTV Dota 2 Minor is finished. Four teams are eliminated, four teams move forward into the playoffs tomorrow.

The group stage of the StarLadder ImbaTV Dota 2 Minor is finished. Four teams are eliminated, four teams move forward into the playoffs tomorrow.

The eight teams were divided into two groups, with the top two teams from each group moving forward. While Group B turned out pretty much according to expectations, Group A was full of surprises.

The first two days of play sent the first team from each group through to playoffs: From Group B, it was Vici Gaming who beat Gambit Esports in a 2:1 Winners’ Match to secure a spot in the playoffs. Vici Gaming has been shaky in recent months, but they’re still sitting comfortably in eighth place in the Dota 2 Pro Circuit rankings.

From Group A, the North American stack known as Flying Penguins beat CIS stack Old but Gold in a surprising 2:1 Winners’ Match. OG and Royal Never Give Up were likely the favorites at the start of the day, but they were both defeated 1:2 in first round action.

Today, the third day of the tournament, was the day of eliminations. OG beat Royal Never Give Up 2:0, with their second game one of the must-see games of the day. Igor “iLTW” Filatov’s Lycan was a game-saver for the European squad.

OG came back to face Old But Gold in the Decider Match. Old but Gold won 2:1, but again the second match was a must-see. The European squad has been hit or miss all season, and they will need to pick up the pace in the last half of the season if they want to be able to defend their title at The International 2019.

In Group B, Demolition Boys beat BOOM ID, sending the Indonesian squad home in a 2:1 battle. However, the Peruvians couldn’t withstand the onslaught of Gambit Esports. The latter team won the Decider Match, 2:0.

Six of the ten best-of-threes went the full three games. Ember Spirit is proving to be the dud pick of the tournament. He’s been picked the most, 13 times out of a possible 27, but he’s got a 23.1% win rate. In particular, OG’s commitment to him did not pay off. Meanwhile, Lifestealer has been banned 17 times and still hasn’t seen play in a single game.

The last day of StarLadder kicks off tomorrow, March 10, at 6:00 am EDT / 9:00 am PDT. Flying Penguins will face Gambit Esports first, and then Vici Gaming plays Old but Gold. The first-place finisher will take home $125,000 USD of $300,000 prize pool, 120 of the 500 Dota 2 Pro Circuit points, and most importantly, receive an invitation to the DreamLeague Season 11 Major.