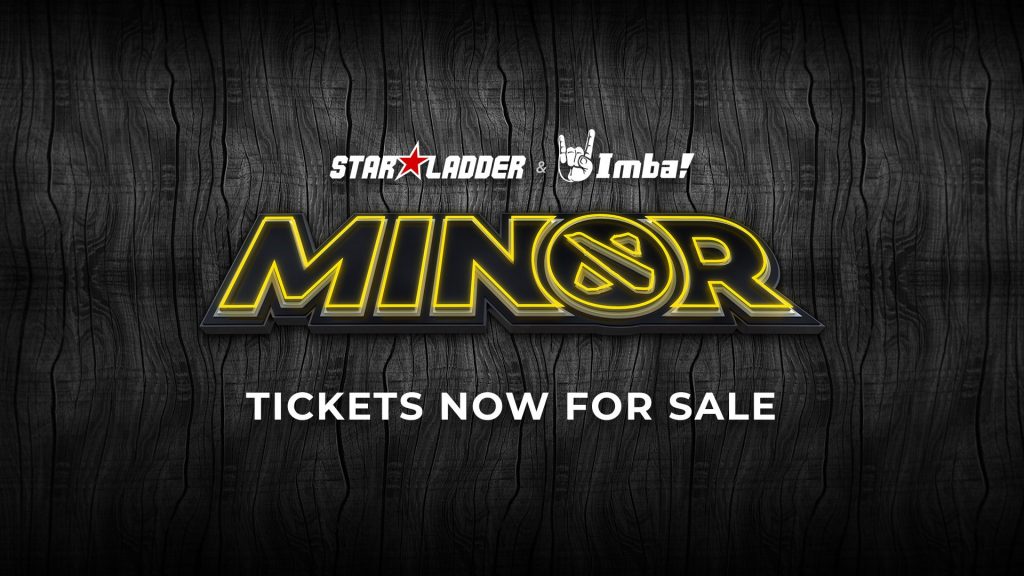 Eight teams will clash over the weekend. (Photo courtesy Starladder)

It’s been almost two months since an official Dota Pro Circuit event, but the wait is almost over. Thursday, March 5th the StarLadder ImbaTV Dota 2 Minor Season 3 begins. Between then and Sunday, some of the best teams in Dota will clash in the first official international LAN since January.

This will be the third Minor of the 2019/2020 Dota Pro Circuit, and the true start of the middle of the season. For some of the team’s involved, this will be their last real chance to make a push toward grabbing those crucial DPC points and qualifying for The International 2020. For others, this is just their only way to make it to the Major in a stacked region. Either way, we’re in for a great event.

The tournament will be held in the Kyiv Cybersport Arena in Kyiv, Ukraine, and is set to follow the standard DPC format for Minors. After a GSL Group stage, the two teams in a pair of groups head to the playoffs, and the bottom four head home. Then, it’s a simple double-elimination bracket with the winner taking home the lion’s share of $300,000, 140 DPC points, and a ticket to the City of Angels to compete at ESL One Los Angeles.

The casting talent for the event was announced on Tuesday, revealing a familiar cast of characters. This includes the return of Dota 2’s very own economist Alan “Nahaz” Bester, whose contribution to DPC events has been sorely missed in his absence.

Besides a stacked roster of broadcasters, there are also eight top Dota stacks vying for position. But not all teams were created equal, especially when it comes to this Minor. There are big fish swimming in the small pond that is the StarLadder ImbaTV Dota 2 Minor.

Alliance is a top-five team in a region where that might make you the top-five team in the entire world. The fact they’re even in a Minor at all has less to do with their ability, and more to do with the structure of the DPC itself. The team narrowly lost out to the likes of Team Secret, OG, and Ninjas in Pyjamas for their spot in the Major. But, after vanquishing Nigma in the Minor qualifiers, they have an excellent chance to redeem themselves.

However, Alliance is a one-dimensional team. That dimension being carry player Nikolay “Nikobaby” Nikolov. The word “superstar” gets thrown around a lot, especially when you talk about one and two positions in Dota 2. But in this case, it’s very apt. When Nikobaby is playing well, Alliance looks like one of the best teams in the world, and unbeatable. The problem lies in the fact that sometimes, whether because of bad drafts, or an awkward matchup, Nikobaby just doesn’t turn up. That’s perhaps Alliance finds themselves without a direct path to the Major for the first time all season.

The other big name in this StarLadder Dota Minor is Gambit Esports. Small tournaments are the source of some of Gambit’s best performances. The CIS that a tendency to pop-off at non-DPC events. Perhaps because the pressure is off, Gambit does well at events like ESL One Birmingham and ESL One Hamburg. The team is, without a doubt, the third-best team in the CIS for whatever that’s worth. They just need to pull off a big win here and prove that accolade means anything.

Another flashback to Tug of War: Mad Moon!

Team Aster also barely register in this category. This team has consistently made Majors this season, upsetting plenty of big-name Chinese teams on the way to doing so. Every time you wonder where Newbee, EHOME or CDEC are in these big tournaments, the answer is probably that they got eliminated by Team Aster. In a crowded region, this team stands out. If only, because they were able to navigate those crucial (and slightly ridiculous) best-of-one open qualifiers in the early season, and get directly invited to every closed qualifier since then.

After one of the most chaotic Major qualifiers in recent memory, a few unfamiliar names are heading to this Minor. None more obscure than the pair of BOOM Esports and No-Ping e-sports. As mentioned in our preview of the SA teams heading to ESL One Los Angeles, the teams from this region don’t deserve to be called underdogs. But unfortunately, that’s a very apt description for NoPing e-sports. This Brazilian team has seen plenty of success in the minor leagues, but are untested internationally.

BOOM Esports is another outside chance. In a region dominated by the likes of TNC Predator, Fnatic, and lately, Reality Rift, this team has massively surprised almost all fans by dethroning TNC and Reality Rift to take this spot. They did this in part by just knowing the patch better than their opponents. TNC has been massively slow to learn from patches this year, and Reality Rift suffered from a series of poor drafts at DreamLeague Season 13. At the StarLadder Minor though, BOOM Esports will have to play teams that actually know how to play meta Dota.

The last relatively unknown team is forZe eSports. The former Gentlemen roster had a respectable amount of success in the second-tier of CIS Dota. This is by far their grandest stage. They beat out established teams like HellRaisers and Team Spirit to get here, mainly on pure mechanical skill. Which no easy feat in a crowded region like CIS. But like the previous two stacks mentioned, they lack international experience, and will likely struggle at this event.

The two NA teams in this bracket have entirely unfamiliar names. The first, Business Associates, are quite simply the former J.Storm roster. Clinton “Fear” Loomis and co. were left in limbo after their team was quietly dropped from the organization. Left to fend for themselves, the team still qualified for this Minor, and are headed to Kyiv sans an official team name.

Welcome to the CR4ZY family! 🤪

CR4ZY, on the other hand, are the Fighting PandaS playing under their new banner. The Croatian esports org announced the signing of this team on Tuesday morning, giving star carry Oliver “skiter” Lepko and the rest of his roster a new logo to play under. This is definitely a team to watch, and one that’s consistently performed well at any event they’ve gotten to. With the calibre of competition on display at this event, we could be in for a “CR4ZY” finish to the tournament.

Follow the link below to find the full schedule 👉 https://t.co/p30C7t176C#KyivMinor pic.twitter.com/hg2CNO1PZr