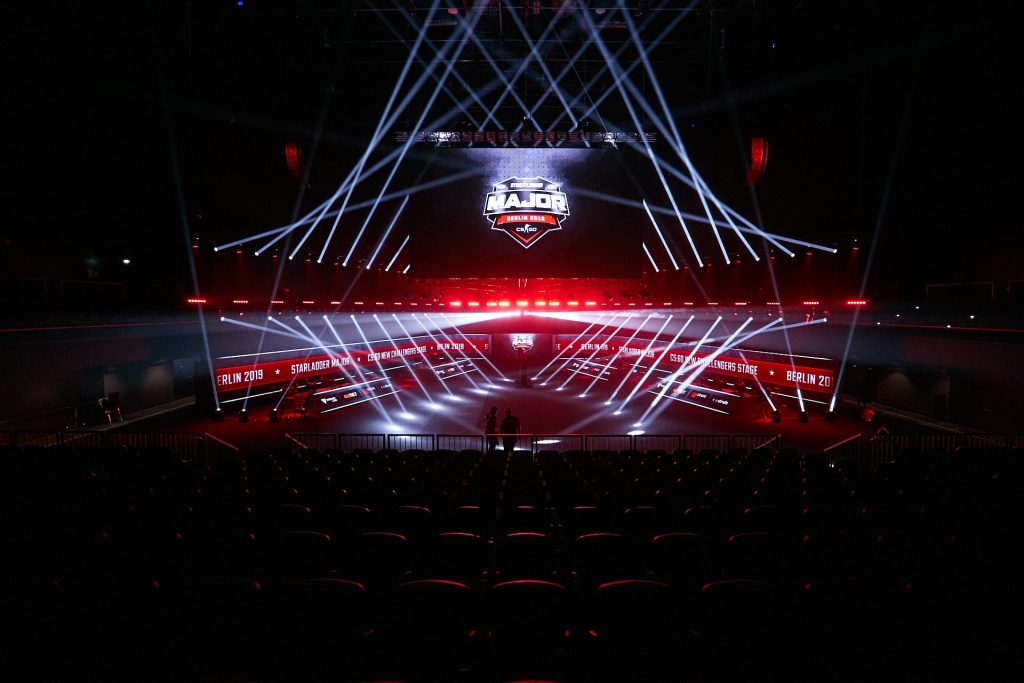 The StarLadder Berlin Major 2019 has narrowed the Challengers to eight. (Image via StarLadder)

The first part of the StarLadder Berlin Major 2019 is over and with it, we know which Counter-Strike teams have advanced from the Challenger Stage. The weekend has been full of surprises right from the start, with great matches between known names. In addition, major magic has come out once again as underdog teams made great runs in relation to their capabilities. With these big points, let’s see how the teams did.

Mousesports (mouz) and North both rose above the rest and made it to the Legend Stage after going 3-0 in the Swiss system.

North has been on the rise in recent months, although, their fight through the regional minor was a close call. Their run through the swiss system is a sign this Danish roster is coming together nicely. They destroyed INTZ 16-5, had a close call against Syman on 16-14 and finished 2-1 in their series versus CR4ZY. Their match against CR4ZY really tells their ability to rise. North lost their opening match on Mirage, and then they won the next two maps in overtime. Inferno ended 28-26, whilst Train ended 19-15.

As for mouz, they had a similar run. They defeated forZe 16-6, Avangar 19-17 and G2 2-1 Esports. The series came with its risk as G2 had a stranglehold on mouz for the first half of the series. G2 Esports crushed mouse on Train 16-5. However, Mousepsorts found themselves partway through the series and took Dust 2 16-13. Finally, Vertigo was a solid showing from mousesports with a 16-7 win.

Both teams showed they have the resilience in hard matchups, and strong showings in the moment. They will both be looking back on this stage with promise, even if they both need more to continue their run in the Legends stage.

CR4ZY has continued their run to the top at the StarLadder Berlin Major, with a showing that continues to say they are not a fluke.  They took out Greyhound, Furia with a close 2-1 defeat to North. In the following round, they beat DreamEaters 2-1. CR4ZY is still a tier 2 European team and their victories have been at the expense of lesser teams.  But at this stage of the tournament getting confidence in best-of-one and best-of-three games are great news for the squad, which seems to translate in their players’ attitudes.

.@EspiranToCSGO of @gocr4zy: "I think that even at our current level of how we play, we can make it to the Top 8"

Following on, G2 Esports are looking strong, with their newer players popping off. Audric “JaCkz” Jug nearly clutched as he was short one kill for a P250 ace on Train vs mousesports. There were several other highlights from every member of this team, all available on the Starladder clips page. Looking at them all on a case-by-case basis, this G2 resurgence continues to look promising!

NRG Esports has some questions surrounding their roster. In the opening game of the Challenger Stage, NRG was immediately upset by DreamEaters. Although, NRG did regain composure throughout the Swiss System, with amazing wins over Tyloo, AVANGAR and Syman. These results are too be expected of them. NRG is still in the process of rebuilding with Peter “stanislaw” Jarguz recent entrance into the team. These strong results are surely good for the mentality for the team moving forward, overshadowing their opening defeat.

The CIS teams in this stage need to put in serious work in order to advance from the Challenger stage. This stage was mainly the CIS battle, with AVANGAR and DreamEaters advancing over forZe and Syman. The one CiS team to pay attention to is DreamEaters as they upset both NRG and Team Vitality. Albeit this was in a bets-of-one environment, but still this a great confidence boost for a tier 2 team.

WE DID IT! I'm proud of my boyz! These 8 months was really hard for us, because we spent a lot of hoursdays to get better and better. All of our things worked and just try to tell me that our result is just luck.
First minor = first main qualifier = first major. #BerlinMajor

But the biggest story entering this bracket of the Swiss system was Team Vitality’s. Like with NRG, Team Vitality were upset by in their opening match. Syman did the impossible and took down the commonly accepted second-best team in the world. To further the impact this defeat unfolded on Dust 2, Team Vitality’s best map.

Things continued to look bleak throughout the Challenger Stage. They were sent down to the 1-2 stage with a close defeat to DreamEaters 14-16 on Inferno.  They rallied in the next half, avoiding relegations with a 2-0 series against Hellraisers. As for the final series of the Challenger stage, they went the full distance against Greyhound. Team Vitality took Dust 2 16-5, whilst Greyhound won Overpass 16-14. Finally, Team Vitality closed it out on Inferno 16-10 to advance to the Legends stage.

Team Vitality have known to fight on the edge of tournament life, with their IEM Cologne journey living life in the lower bracket. Although, this shows there are big issues in Team Vitality. Their losses came to tier 2 CIS teams, and that’s bad news for a tier 1 EU team. Teams in the Legends stage will be more than willing to face Team Vitality looking at these losses.

End of the Road

FURIA Esports came on a great run throughout mid-2019, taking huge leaps forward, with it cultivating at the Faceit Season 7 tournament in June.  However, teams have since worked them out and they have continued their creep back down the world rankings. This continued here as they were knocked out by Syman in round 4. This is the confirmation needed to show FURIA has been sent back down the ladder.

As for the biggest upset, Complexity will likely not exist in its current form. From an on-stage playoff at the Faceit Major to eliminated in the Berlin Challenger stage, clearly, Complexity has dropped off over the last 12 months. Heading in, the roster seemed confident with their abilities, with Shahzeeb “ShahZaM” Khan stating they feel they can go further than before.

However, the narrative took a completely different direction.  Like FURIA, they too were eliminated in Round 4. The results were so shocking disappointing that coL owner Jason Lake said within the hour of their loss that Complexity will be making significant changes to their roster. This Major may have been the hill those core roster died on.

The next phase of the StarLadder Berlin Major is the Legends stage. It will take place from August 28-September 1.

Check back with Hotspawn for all your CS:GO Major coverage.