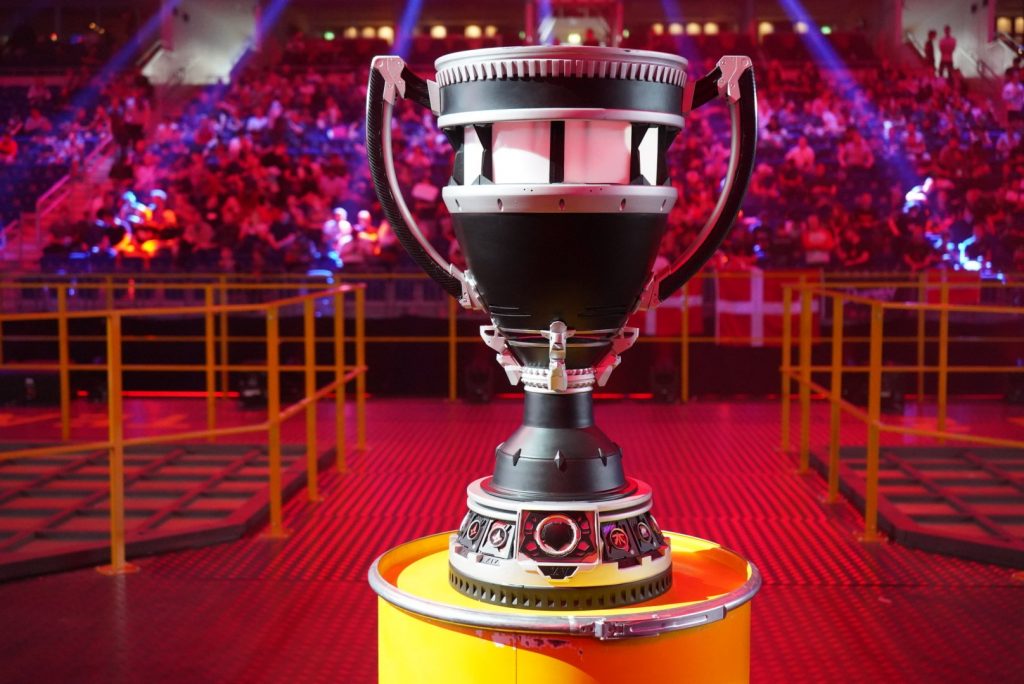 The quarterfinals are complete at the StarLadder Berlin Major 2019. (Image via Astralis)

After an exciting day one with underdogs taking the wins at the StarLadder Berlin Major 2019, we had more great CS:GO to come: Natus Vincere versus NRG followed by Team Liquid versus Astralis. Easily both encounters could be Grand Finals in any given Counter-Strike tournament, but today in Berlin this is just the quarterfinals!

Natus Vincere had a hard time in the New Legends Stage. They went the distance and just secured their spot on the big stage after a close battle against CR4ZY. Au contraire, NRG Esports entered the Mercedes Benz Arena with a clear 3-0 score, outplaying top contenders Renegades, Team Liquid and Astralis. Although their paths into the arena were different, NaVi went in as favorites in this best-of-three due to their experience at Majors and their superstars, Oleksandr “s1mple” Kostyliev and Denis “electronic” Sharipov.

The duel started on de_dust2, NRG’s pick and Na’Vi chose to start the battle on the Counter-Terrorists-side. The Ukrainian team won the pistol round but right on round two, NRG started to roll in. Attacking the A site again and again, the American boys gained a 10-5 lead in the first half. The break could not stop NRG from being on fire, extending their lead to 13-5. Finally, NaVi managed to come back, winning the next five rounds on the T side and closing the gap on the scoreboard. It was an intense moment when Peter “stanislaw” Jarguz could not defuse the bomb in time in round 25, but Na’Vi was not able to continue the momentum and lost the first map with a total of 12-16.

The second map, Mirage was a quite surprising pick as de_train was still in the pool and would be a classic Na’Vi home ground. On the CT side, NRG started with a strong pistol round and some great moments on the defense. But a round with four kills for Egor “flamie” Vasilev brought Na’Vi back into the game, getting some traction to a 10-5 lead. After changing sides, NRG stepped up on the Terrorist-side. The right mixture of fast and slow plays let them close the gap and finally getting to match point. Only the will to survive kept Na’Vi on their feeds into overtime, but the sheer brute force and confidence in clutches closed the match in favor of NRG (19:17).

Na’Vi had to leave another Major without a trophy and maybe this one was the last big stage for Zeus. On the other hand, NRG’s dream continues, and we will hear some more “USA” chants tomorrow. The North American squad showed more hunger for success and some excellent plays right out of the book. They will be a hard opponent in tomorrow’s semifinals encounter.

Before the Major, this clash of CS:GO teams would have been expected as a Grand Finals, but now we already have this encounter on day two in a quarterfinal. What a highlight at prime time in Germany as the two top teams of recent CS:GO history fought to stay in the tournament.

Astralis had the first map pick, and the moment the logo showed, a murmur went through the crowd: Vertigo! Liquid chose the CT side to start, and Astralis went for the bomb plants. Liquid had a great start with a pistol round win, quickly ramping up a 3-0 lead. Four kills for Nicolai “dev1ce” Reedtz helped Astralis to come back and at half time, the Danes had an 8-7 lead. On the CT-side, it was time to shine for Astralis. It seemed they were so prepared for Team Liquid’s moves, constantly flanking, pushing aggressive CT plays with two AWPs and knowing what Liquid’s next idea would be. In the end, the 16-8 score for Astralis was sealed when Keith “NAF” Markovic was caught by fire on low health.

The second map, Liquid’s pick, was Overpass—a map Astralis had been unbeaten on for a long time, until Team Liquid took their crown of the top rank. The US boys on T-side started strong with a quick 4-0 lead but again, Nicolai “dev1ce” Reedtz hyped up his team. The momentum was taken back to Liquid with great aggressive plays to a 6-9 halftime score. After the change, Astralis lost the pistol round, a wake-up call for the Danish team. They started to go for relentless contact plays on B over and over again, grinding their way up the scoreboard. Especially Emil “Magisk” Reif went for crazy scores for his team. In addition to perfect aiming, Astalis used utilities as they did on their high-times, leaving Team Liquid no place to breathe.

After a stunning performance in the quarter-final, we take a 2-0 victory against @TeamLiquid to reach the semifinals of the #BerlinMajor!

The match-up between Astralis and NRG tomorrow will be another highlight—the hungry young guns from the US against a back-in-form Danish powerhouse during local prime time. As an appetizer, the fans in Berlin will get AVANGAR against Renegades, the winning underdogs of the other bracket half. Watch the semifinals of the StarLadder Berlin Major 2019 on StarLadder’s Twitch channel starting at 3:00 p.m. CEST or 9:00 a.m. EDT on Saturday, September 7.