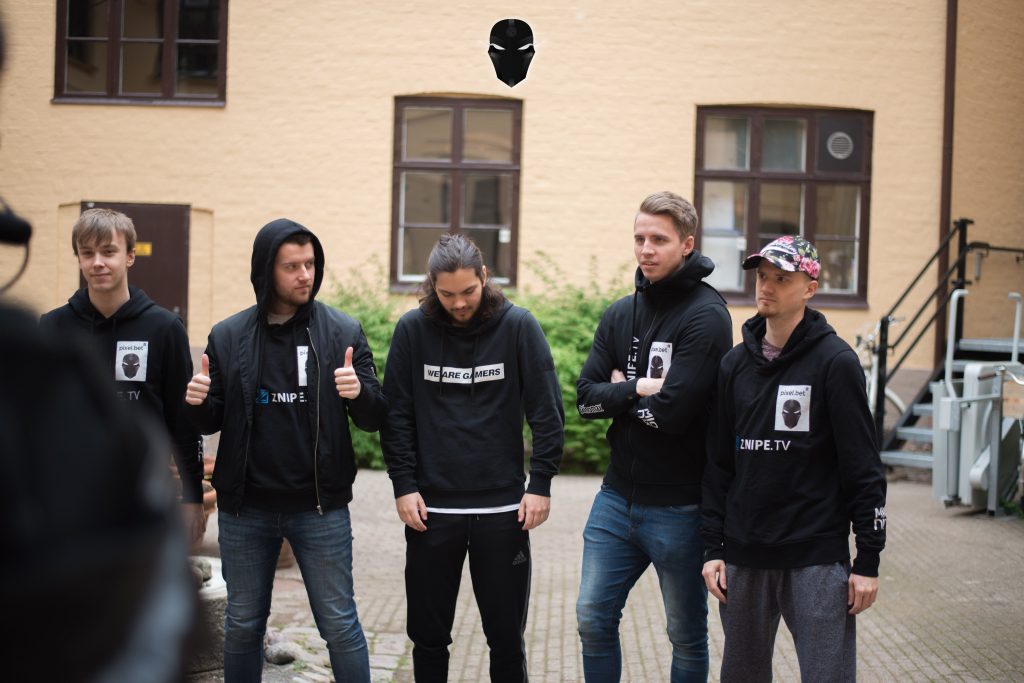 The Final Tribe were one of only two Dota 2 teams directly invited to the Europe Closed Qualifier for The International 2019. (Image via The Final Tribe)

No Team Secret, Team Liquid, Ninjas in Pyjamas, Alliance or OG? The European region top teams rocked the Dota 2 Pro Circuit (DPC) rankings by taking five out of twelve spots. This leaves the Europe Closed Qualifier to a bunch of fierce fighting teams. They will battle for a single slot in the biggest tournament of the season – The International 2019. Hungry newcomers will meet Dota 2 veterans of the European scene.

Due to changes in the DPC for the 2018/19 season, European teams realized quickly that their region is a group of death in every qualifier. Have a look at the results for the Majors alone:

It’s no wonder that everyone was expecting the EU Qualifiers for TI9 to be a bloodbath of top tier teams. But thanks to the DPC point distribution, it is not going to happen. Because of the strong performance of the European top teams at the Majors, all five teams that attended Majors ended the DPC season in the top 12 spots, which guaranteed a direct TI9 invite.

The Swedish roster of The Final Tribe, built around captain and position 5 Adrian “Era” Kryeziu was founded 2017. Since then, the team has played a lot of qualifiers and seen some triumphs. The biggest success was the participation at the China Dota2 Supermajor in 2018, though they lost in the group stage with a 0-2 sweep.

In 2018, Era was joined by carry player, Pontus “Frost” Frost, and position 4 Simon “Handsken” Haag. Later, mid player Rasmus “Chessie” Blondin and offlaner Andreas “Xibbe” Ragnemalm formed the current team at the beginning of 2019. The Final Tribe has been part of every Major Qualifier this season, except the DreamLeague Major, but has not overcome the top teams so far.

The South American Chaos Esports Club emerged from former Pain Gaming squad together with Rasmus “MiSeRy” Filipsen and Aliwi “w33” Omar and returned to the Dota 2 scene again. They started to play in the South American region and changed to Europe. Some of the Brazilian players left the team and Nico “Gunnar” Lopez, Maurice “KheZu” Gutmann and Milan “MiLAN” Kozomara joined the squad.

Grab the grub.🍔 ⁣
⁣
Who's ready for Thursday?! Our very first match will be against The Final Tribe😤 ⁣
⁣#CreateChaos #TI9 ⁣
⁣
📷:https://t.co/lJ7AJyPEfZ pic.twitter.com/vnxiJKYDNv

This season, Chaos Esports Club attended the Chongqing Major, DreamLeague Major and the MDL Disneyland Major – but could not get enough points for a direct invite to TI9.

The stack, Epic Name, includes two Swedes, Jonas “johnassomfan” Lindholm and Axel “Pablo” Källman. They managed to snag their Closed Qualifier spot by way of the first EU Open Qualifier. Both players were Alliance teammates in 2017 and played again together in The Final Tribe in 2018. The Swedes are known for their plays on position 3 and 4. Roy “Rajiix” al Rajji from Lebanon as Carry, “symeticaL” from Great Britain in the mid lane and Petu “Peksu” Vaatainen from Finland complete the roster.

In the round of 16 in the Open Qualifier, Epic Name received a free win against FatasWind due disqualification as FatasWind was a team of Russian smurfs in the wrong region. This was heavily discussed on reddit as FatasWind had eliminated Admiral Bulldog’s squad in the previous round.

Nevertheless, Epic Name has experience, skill and a wide hero pool to take on the fight in the EU Closed Qualifier.

This team is quite interesting. Mostly called “syndereN’s stack”, as Troels “syndereN” Nielsen, the well-known caster and four-time participant of The International, has gathered some familiar names together. They won their Closed Qualifier spot through the first Open Qualifier.

Went through TI open qualifiers without dropping a game. Time to get ready for regionals!

Former Natus Vincere offlaner, Victor “GeneRaL” Nigrini returns to position 3 and Aybek “Naive-” Tokaev, another established player from the CIS region, fills the carry role. It then was Anas “MagE-” Hirzallah from Jordan to battle in the mid lane and Croatian Dino “dnz” Šavuk in position 5 to complete the roster. These players have a lot of experience in various teams of the CIS region – NaVi, Team Empire, Winstrike and Elements Gaming Pro, to name a few.

Anti-MagE- had a great run through the Open Qualifier: from the first map to the last gainst Hippomaniacs, they did not lose a single game. This flawless performance should give them the courage and confidence to believe in their chance to go to Shanghai at the end.

The Czech squad, Hippomaniacs, was founded as an organization in 2016. Since then, Hippomaniacs have competed in a lot of qualifiers, but have not made it to a main event so far. The roster of Vojtěch “CURRY” Novák as the carry, Ondřej “Supream^” Štarha in the mid lane, Jonáš “SabeRLight-” Volek in the offlane, Petr “Muf” Fojtík on position 4 and Jan “sehny” Sehnal as captain and in the hard support role have all stuck together since last year.

The Czech team lost against Anti-MagE- in the semi-finals of the first Open Qualifier, but had the chance to grab their spot in the Closed Qualifiers against Evil Corporation, who had failed to win against Epic Name. After losing the first map, Hippomaniacs managed to come back and win the series 2-1.

Like syndereN on Anti-MagE-, another well-known name in the Dota2 community due his streaming is Janne “Gorgc” Stefanovski. He joined a team named Bald and took a shot at the Open Qualifiers. Bald called in Daniel “Stormstormer” Schoetzau, a German mid laner, and from the Netherlands, Alaan “SexyBamboe” Faraj for the offlane. To support the carries, the teams has the Swede Jerry “EGM” Lundkvist from Team Singularity and the rather unknown “Eixn” from Lebanon.

Bald played the last best-of-three for the spot in the Closed Qualifiers against Nikola “LeBronDota” Popović’s team, Aachen City Esports, and came back after a 0-1. On Bald’s way, they took out Evil Corporation, who barely failed to qualify during the first Open Qualifier.

Fun fact: in the first Open Qualifiers, gorgc was part of Henrik “AdmiralBulldog” Ahnberg’s team, which clearly participated for fun and glory. In the second run, gorgc competed with a completely new roster – there seems to be some potential in this one.

This team is a quite unknown stack of players from four different countries. The support duo, “meowspirit” and “antoha”,  re from Russia; the offlaner “Tobi” from Austria;  Georgian Irakli “W1sh” Peranidze is in the mid lane and from North Macedonia, the carry “zipzap.”

There is no team history so far, and the players are in the 6800-7300 MMR range at the moment. This squad surprised with a 2-1 win over Team Singularity in the second Open Qualifier to secure their spot.

The team was formerly known as The ReaL DeaL and was signed by Singularity in February this year. The Russian captain, Maxim “Shachlo”Abramovskikh plays offlane, while the carry of the team is the Swedish veteran Steve “Xcalibur” Ye. The middle lane is played by Slovenian Jure “Pingvincek” Plešej and the support duo are Yaroslav “Miposhka” Naidenov from Russia and “Luft” from Germany, who replaced EGM right before the Open Qualifiers.

Team Singularity was beaten by the reunited Greek Ad Finem in the first round of the Qualifiers but took their chance in the second one. So far, that has paid off.

Europe Closed Qualifier action begins July 11, with the Round Robin group stage. You can follow all the Dota 2 live with Beyond the Summit’s TI9 hub on Twitch.

Dota 2
Share
Joe Gstettner
Joe started playing games in the pre-C64 era and keeps it up until today. Due to his professional background, he loves to play with numbers, statistics and to gain some insights about players performances.
Follow me