Spirit Topple Vitality in Group A of ESL Pro League 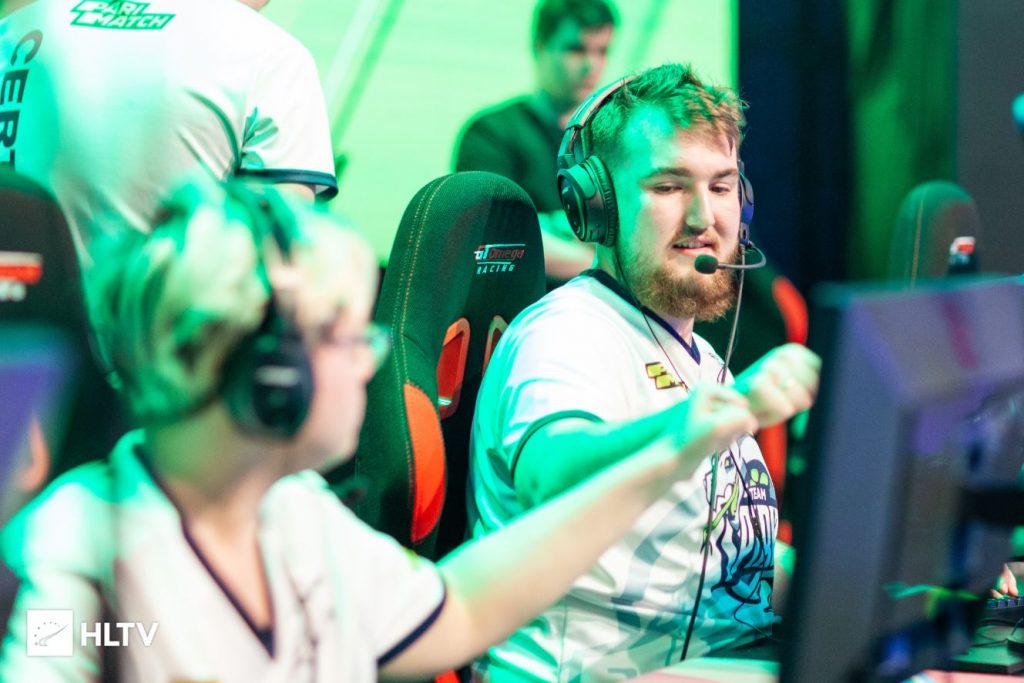 Spirit have taken down Vitality, gaining a leg up on them in qualification for Stage 2. (Photo courtesy HLTV)

The upsets continue to roll in at ESL Pro League Season 11. Group B has been absolutely filled with turmoil and Group A is looking to catch up. This time, Team Spirit have pulled off a reverse sweep against French favorites Team Vitality. This win also puts them above Vitality in the group table.

The first map was Spirit’s Inferno pick. Vitality took the first pistol round and defended against the force buys. Spirit tried slow playing Banana in their first gun round, but got shut down by utility and Mathieu “ZywOo” Herbaut’s rotation.

On Spirit’s next full buy, they were once again shut down in Banana. The desperation push on the A site was cleaned up, breaking their economy once again. As Vitality went up 7-0, Spirit rolled out Apartments to get a pick and force an A rotation. However, their ensuing B push was decimated by the sole man on the site, Kévin “misutaa” Rabier.

Spirit’s first T round came when they chose to just rush up mid and take the A bombsite in a gun round. Their recycling of that strategy did not go as well. Spirit only earned one more round in the half as Vitality took a whopping 13-2 lead.

That lead grew after Vitality won their T side pistol round, even through they ran into a four-man stack on the A site. Spirit did reply with a force buy B site retake to stabilize their defense. They piled up a respectable seven CT rounds before Vitality decided to rush up Mid and take match point. The final round saw Vitality take three kills around Apartments before rotating B and planting for free. Inferno went to Vitality 16-9.

Now on their home map of Dust2, Vitality expected a quick match to end the series. A quick match is what they got, just not the way they wanted it. After taking their CT pistol round thanks to a 1v2 clutch from Richard “shox” Papillon, everything went downhill. Spirit easily took round two with a B site push, forcing Astralis to save.

This pattern was Spirit’s bread and butter. They used utility in the middle of the map to split Astralis, then collapse on the B bombsite. Spirit also threw in a few A site takes to keep Astralis honest, and the result was going from 0-1 to 10-1. Astralis finally broke the streak with retake on A, but they were immediately caught off by a B rush. The Danes did secure the final two rounds of the half, but the damage was done. Spirit led 11-4.

Things went from bad to worse for Vitality as Leonid “chopper” Vishnyakov cleaned up the pistol round for Spirit. The two free rounds that came with it brought Spirit to 14.

The Frenchmen only managed one round from a Long push before Spirit closed out the map. This 16-5 slaughter also came with the benefit of witnessing one of the weakest individual performances ever as misutaaa went 0-18 with 25 ADR and a 0.12 rating.

Overpass was the tiebreaker map. Pistol went to Vitality on the CT side. Spirit chose to save in the second round to buy in the third. Their idea to push the B site was foiled by Vitality engaging and winning duels before the execute. Spirit’s next gun round also went B and was much quicker, resulting in their first round. Vitality came right back to win the next round after shox backstabbed two in Bathrooms. Some fancy surfing AWP shots from ZywOo brought them up to six.

At this point, Spirit remembered what worked for them: The B bombsite. Since Vitality took aggressive peeks to shut down their executes before they started, Spirit played for them. The CIS squad used boosts and slow play to catch Vitality out on B. Their executes were then nice and easy. Spirit took six of the last eight rounds and ended only down 7-8, giving them a fighting chance in the second half.

Vitality extended their lead to two after winning another pistol round. However, they couldn’t capitalize on Spirit’s Deagle buy and lost economic control. Vitality’s impulsive force buy was dispelled easily, then Artem “iDISBALANCE” Egorov got an ace against full Glocks to give Spirit the lead. The next crucial gun round saw Vitality head B with a 4v3 numbers advantage. Nikolay “mir” Bityukov shut down the push with a quadra-kill, extending the lead for Spirit.

Vitality weren’t done just yet. They started slowing down and making sure their pushes were coordinated. The next three rounds all went in Vitality’s favor with finishes on both sides of the map. The 12-12 tie increased to a 13-13. A great bait play from Spirit’s two rifles during a force buy came through to snatch the lead back. Vitality could have saved and let Spirit get match point, but instead they opted to force buy with pistols and utility. Their B site execute was unsuccessful, putting the French squad on pistols again in the final round. A 4k from Victor “somedieyoung” Orudzhev ended the game 16-13, completing the 2-1 upset.

Team Vitality and Team Spirit are now tied in record. Both teams are 2-1 at the half way point of Group A.  The top of the group will be tight towards the end, as Ninjas in Pyjamas have already won three. Vitality’s schedule includes NiP and Astralis, meanwhile Spirit has Astralis and GODSENT, who have looked unimpressive.

This upset could be the reason why Vitality don’t qualify for the next stage of ESL Pro League. Their performance today simply looked under-prepared. Spirit didn’t exactly have a deep playbook; they just executed their strategy well. If Spirit can continue to do that, the man who has practiced one move 1000 times could advance.