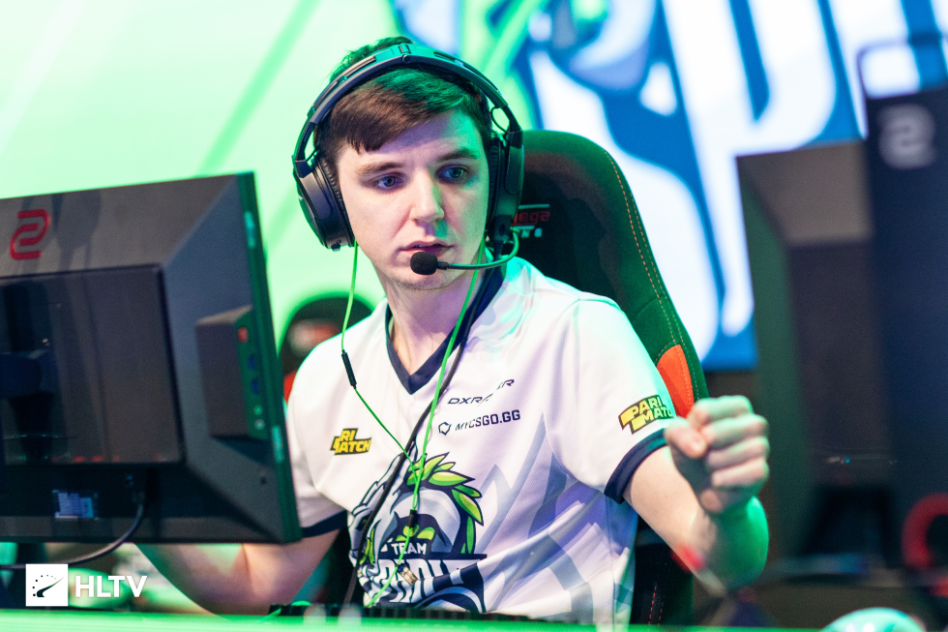 Group C at DreamHack Masters Spring has certainly kicked off with a bang. The third ranked Fnatic squad have suffered a crushing 2-0 defeat at the hands of Team Spirit. On paper, this result was fairly unexpected. However, Spirit’s recent upwards trajectory from their Road to Rio win proved to be continuing whereas Fnatic’s early exit might be more than just a one-time fluke.

One of Spirit’s greater strengths was apparent very early on in the map veto. Fnatic was forced to ban either Dust2 or Nuke, as Spirit have played both eight times in the past month with a winning record. Dust2 was taken off the menu, leaving Fnatic to fend for themselves on an unprepped Nuke.

After Spirit’s usual Vertigo ban, Fnatic took the only map that they have played over five times last month, Inferno. Despite the high play rate, Fnatic had a 50 percent win rate with every win coming in either a 16-14 or overtime. Even their own map would provide a questionable advantage.

Since Spirit chose Nuke, Fnatic got to take the favored CT side first. Hopefully they could get off to a good start on their opponent’s home field. The complete opposite would end up happening. Spirit stormed Ramp only losing one member to win the pistol round. Fnatic opted into a force buy which was unsuccessful, putting them down 0-3 early.

Things started to look up for the Swedes in the first gun round after they stopped an A rush, but they couldn’t chain rounds together after a full Outside take from Spirit. Fnatic clawed back to a workable 3-6 deficit before Spirit’s campaign truly took off. The CIS squad used everything they’d learned at Road to Rio to plan out an abusive T side that took advantage of tempo shifts and map control. Fnatic were being run around the map on a leash.

Among their successful strategies was an Outside contact play which let Spirit choose which bomb site to hit and when.

Every remaining round in the half went to Spirit as they took a commanding 12-3 lead. The map would end quickly after an uninspiring T side from Fnatic. Spirit took four rounds in a row on the defense to complete the 16-3 thrashing.

Next map coming up! #DHMasters

Now on Fnatic’s Inferno pick, they needed to win this map to stay in the series. Spirit chose to start on the CT side. Although the first pistol round went in the defense’s favor after a 3v5 retake on B, the Fnatic force buy was able to successfully stave off the retake in the next round. That momentum shot the Swedes out to a 3-1 lead before the next gun round.

A 4K and clutch defuse from Nikolay “mir” Bityukov gave Spirit their second round by virtue of milliseconds.

Even so, Spirit couldn’t immediately capitalize as Fnatic went right back to A and won back the economy. Spirit had another good chance to take a round in the eighth, but Jesper “JW” Wecksell’s AWP 3K on B solidified a 6-2 lead for the Swedes.

This commanding lead had Fnatic in great position to take a winning half and get the needed map victory. However, this is where things started to go wrong. On a round where Spirit had four pistols and a hero AWP, Fnatic couldn’t take the win. Spirit’s first multi-round chain then broke Fnatic’s economy, bringing them within one round. Fnatic had one more good A push in them, but Spirit’s comeback wouldn’t be denied. They took the last three rounds at the half to secure an 8-7 lead.

The second half mirrored the first almost perfectly. Now on T side, Spirit won the pistol round in yet another 3v5 situation. They then lost the second round to the Fnatic force buy. Spirit struggled to get the ball rolling early. Their attacks on the A site all ended in failure, giving Fnatic a massive momentum and economy advantage. After eight rounds, the half score was another 6-2 for the Swedes, 13-10 in total.

Just like the first half, this is where Spirit finally found their footing. Fnatic had lost plenty of guns in the preceding rounds, so one clean B site hit from Spirit was all it took to break their wallets. A three round streak was the result before Fnatic earned a single round to hit 14. Only one more was needed for the Swedes to secure overtime at worst, but Spirit had other plans. The B site continued to be Spirit’s best friend as they ran the two remaining gun rounds up Banana to complete the 16-14. The last round ended in an almost poetic 3v5 retake defense of the site.

With this win, Team Spirit proved that there is more to them than just beating CIS teams. Taking down the world number three in 2-0 fashion certainly puts them on everyone’s radar. Their game planning on Nuke followed by impressive fragging on Inferno shows that they have the makings of a very competitive squad.

For Fnatic, they have to figure out what’s wrong. They’ve been struggling ever since Road to Rio began, which ended in an 11th place finish. Their DreamHack Masters group opponents in FaZe Clan and GODSENT are no pushovers either. We already saw mousesports exit Group B in last place. Let this be a warning for Fnatic, else they meet a similar fate.