Spirit and Hard Legion Take Groups at Road to Rio 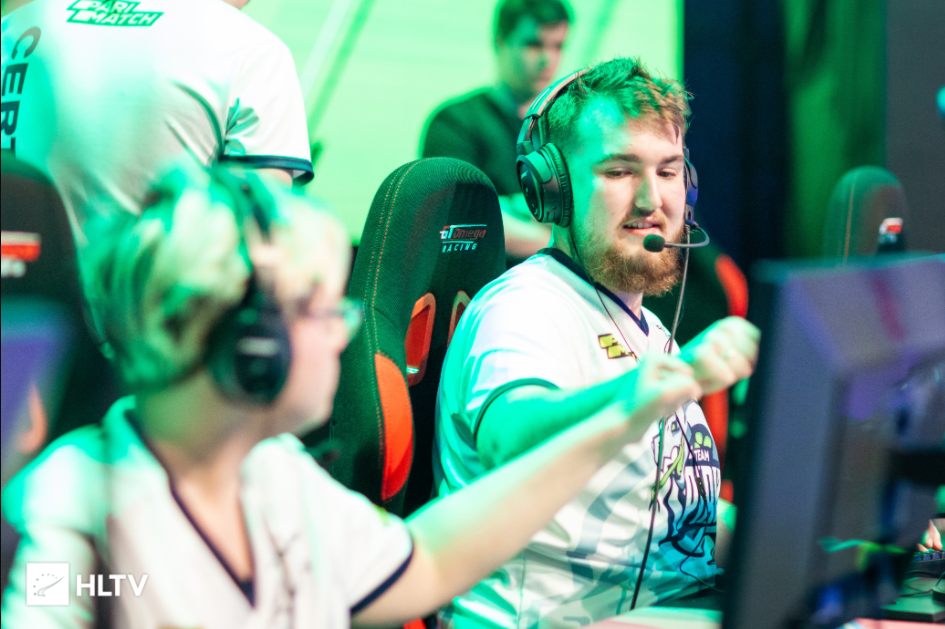 Team Spirit have gone undefeated in Group A at Road to Rio CIS. (Photo courtesy HLTV)

The CIS branch of ESL’s Road to Rio has completed its Group Stage. It has been a chaotic series of games in the very first Major qualification RMR event. Two of the highest ranked teams from the region have fallen by the wayside in Na’Vi and forZe. In their stead, Team Spirit and Hard Legion Esports have won their respective groups and advanced to semifinals.

Team Spirit showed up at Road to Rio as a likely candidate to advance to playoffs. While forZe were the favorites in the group, Spirit, Winstrike, and Nemiga were all contenders for the remaining spots. After taking down Gambit Youngsters in their first match, Spirit came face to face with forZe. What was supposed to be a tough game turned into a one-sided affair. Spirit won their map pick of Dust2 16-10 before taking forZe’s Train 16-12.

With momentum behind them, Spirit dominated Team Unique 2-0 before coming up against Nemiga Gaming. Nemiga were 2-1 at this point, so this match would likely determine first seed. It started out rough for Spirit as they dropped their first map of the tournament on Nemiga’s Inferno. Still, Spirit were able to bounce back on Dust2 with a 16-12 win. On the Nuke tiebreaker, Spirit’s CT side was nearly unbreakable as they put up 12 rounds in the first half. A quick close-out on T side allowed them to take the map 16-4 to stay undefeated.

After one last 2-0 sweep of Winstrike on day five, Team Spirit completed their perfect run through Group A with a 5-0 record. They have advanced directly to the semifinals. Along with them will be Winstrike in second seed and Nemiga in third. Day five saw Gambit Youngsters play spoiler to forZe. A win would have put the initial group favorites into playoffs, but a 1-2 defeat saw them just on the outside with a 2-3 record. ForZe will have to come back stronger if they want to get back into contention for a ticket to Rio.

Group B played host to one of the most chaotic groups in recent CS:GO history. This is surprising, seeing as Na’Vi was expected to blow the competition out of the water. However, expectations were thrown out the window early. Day one saw Na’Vi and Hard Legion take wins over ESPADA and Syman Gaming respectively. On day two, both of them fell. Virtus.pro took their first win in groups by sweeping Na’Vi in close fashion. Pro100 also picked up their second win by taking down Hard Legion.

After day three, Virtus.pro, Pro100, and Na’Vi all had 2-1 records. Therefore, it was only natural that they would all lose on day four. Hard Legion and Syman both took close 2-1 wins over VP and Na’Vi, while

ESPADA swept Pro100. The most unlikely scenario possible, a six-way tie, was the reality going into the final day of play. A win meant you’re in, while a loss was guaranteed elimination. Headlining the day was Hard Legion vs Na’Vi.

Hard Legion’s Overpass pick looked clean to start off. Their T side took 10 rounds off of Na’Vi as the defense struggled to get set. In the second half, Na’Vi won the first three rounds off of pistol. They then bled a small streak to Hard Legion to give up 14. Despite this, Na’Vi persevered to take five of the next six. With the score at 15-14, Na’Vi needed one more to secure OT. Unfortunately for them, Hard Legion came out on top to complete the 16-14 win.

Now desperate, Na’Vi absolutely needed to win their Dust2. However, Hard Legion’s T side started a snowball early. Round after round slipped away from Na’Vi as Hard Legion took a 10-2 lead. Still, Na’Vi cut the deficit to 5-10 at the half. Once again, Na’Vi’s second half performance looked transformed. After losing the pistol, they took nine rounds in a row on T side. Na’Vi earned three map points at 15-12, but then ran out of gas. Hard Legion won out to force overtime. Once there, the roll continued as Hard Legion easily ended the game 19-16. In one fell swoop, Na’Vi were eliminated.

Across the rest of the group, Virtus.pro swept ESPADA 2-0 to secure their spot in playoffs while Syman pulled off a 16-14 win on Dust2 and a 22-20 nail-biter on Mirage vs Pro100 to earn their place. The head to head tiebreakers saw Hard Legion in first seed, Virtus.pro in second, and Syman in third.

The six CIS squads advancing to playoffs have been decided, but Na’Vi is not among them. This tournament is truly anyone’s to take at this point. Quarterfinals begin on May 13th with Virtus.pro vs Nemiga Gaming and Winstrike Team vs Syman Gaming. ESL Pro Tour Points, RMR Points, and $50,000 is on the line as Road to Rio CIS heats up.