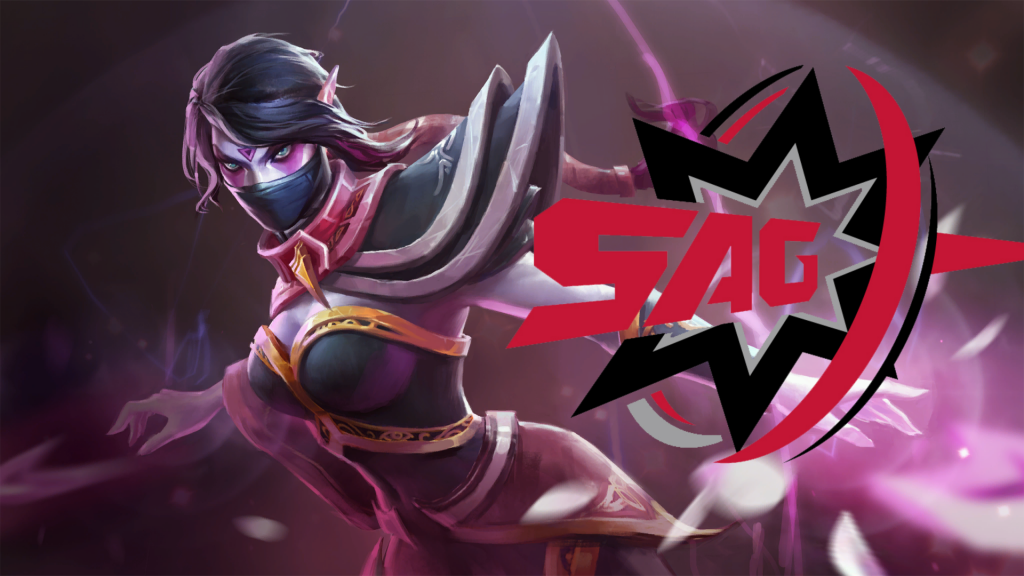 Sparking Arrow cruised to victory in their final matchup against Vici Gaming in part thanks to a deadly Templar Assassin pick. (Photo courtesy Valve/Sparking Arrow)

Sparking Arrow Gaming has defeated Vici Gaming in the Grand Finals to win BEYOND EPIC: China, Epic Esports Events, RuHub, and Beyond The Summit’s latest online tournament. The victory comes after their unexpected success in the group stages of this stacked China region event, which saw them fight off heavy hitters CDEC Gaming and Team Aster to secure an Upper Bracket spot.

Sparking Arrow Gaming defeated VICI Gaming with 3-0 score and now they are officially the champion of BEYOND EPIC! 🍻#epicgg #dota #dota2 pic.twitter.com/CS5EyC8R5L

During a thrilling conclusion to the tournament, Sparking Arrow fought back from a Lower Bracket spot. They successfully defeated PSG.LGD and Royal Never Give Up on their way to a rematch with Vici Gaming in the finals. In a decisive sweep, the former “second” team of RNG defeated VG to become the champions.

However, the win wasn’t without controversy, as due to a communication error the final matchup was initially mistakenly played as a best-of-three. After realising the mistake, BEYOND EPIC notified both teams and a third finals match was played, again a victory by SAG. Even with the potential of a reverse sweep looming, especially after having their initial victory snatched away from them, SAG endured to secure their win.

Due to miscommunication and organizational mishap, the final of the CN division for Beyond Epic league was played in Bo3 format instead of Bo5. We’d like to thank SAG for agreeing to follow the original ruleset and play the whole Bo5 series.

Match will be played at 16:00 CEST. pic.twitter.com/rw5YLTqEBo

Vici Gaming and Sparking Arrow would initially meet in the opening stage of the playoffs after SAG topped their group and VG fell to second place in Group B. There, SAG would show for the first time their potential to hand defeat to VG, clutching out the first game with yet another incredible Anti-Mage performance from Zhong “圣子华炼” (The God Son HuaLian) Liushuai. But VG didn’t let them have this win easy, kicking and screaming their way to a 49-minute defeat, catching out SAG’s carries at any opportunity they had. SAG’s game was sloppy, and VG was able to capitalize, almost swinging the game back in their favor.

But VG shot back with two straight wins to throw SAG to the lower bracket. In their first victory, they banned the Anti-Mage and secured two strong utility heroes in Phoenix and Mars. Offlane duo Zhou “Yang” Haiyang and Xiong “Pyw”‘ Jiahan used both to suppress their opponent’s carries into irrelevance.

Caught off guard by the loss, SAG moved to a surprisingly safe pick against an Ember Spirit Mid that would ultimately be their downfall. Grabbing Lina for Liu “白学家” (White-logist) Yuhao, SAG thought they had a relatively secure lane in mid, but the fiery mage hero was no match for the fire spirit. All attempts to staunch the bleeding after two early deaths did nothing to prevent the snowball. In a heartbreakingly slow fashion, Vici Gaming methodically demolished each Dire structure. SAG desperately fought back with anything they had, but it was all for nothing as they eventually fell, tumbling to the lower bracket.

Ultimately this would lead Vici to another victory over Group B rival Royal Never Give up. VG grabbed two quick wins against a seemingly completely outmatched RNG side and headed to the grand finals in a much more straightforward affair. Neither match hit more than 30 minutes in this rather passive series of games. It was a case of VG out-farming their opponents in the jungle, and then dominating in the few engagements they had.

The meta has changed. Welcome to the jungle. #Dota2

Falling to the lower bracket, SAG immediately rallied in their elimination matchup against the formidable PSG.LGD. Although they’d avoided playing LGD, still one of the best teams in China, during the group stage, SAG quickly showed it was no fluke they’d made it this far. In a dominant display of prowess, they crushed LGD in just 25 minutes, their Terrorblade easily winning lane, and their mid Viper stomping the opposing Dragon Knight into the ground. After scoring two kills in the middle early, the team could snowball their top lane advantage into a push for a victory.

LGD regrouped for game two, Taking away some of the more dangerous picks from SAG in bans, but even in this loss, it didn’t feel like SAG was out of control. In their final and decisive win, they once again broke out the Terrorblade and bulldozed their way to the Lower Bracket Final.

PSG.LGD are defeated 1-2 by SAG, that was an epic fight!

There they faced a dejected Royal Never Give Up. Facing their former sister squad, they dominated in two decisive games. Here they also showed it wasn’t just Anti-Mage or Terrorblade that God-King Son HuaLian could carry on, having a pair of Phantom Lancer games that would make any one-position jealous. In a combined match time that only just exceeded their losing effort to Vici Gaming in the playoff opener, Sparking Arrow was in the finals.

The Grand Final of BEYOND EPIC Chinese division is starting right now! Who will be the champion? We’ll find out very soon 😎

Here, in their most impressive performance yet, the team swept VG in a pair of dominant games. VG had seemingly forgotten all the lessons they’d learned from the previous meeting, while SAG had fully adapted to their opponents’ delaying style. In their first game, they used some potent early harass from the Clockwerk, a support Ru “RedPanda” Zhihao has been exceptional on all tournament. On one of his clear comfort heroes, RedPanda was able to create opportunities for his carries, leading to a game one stomp.

Game two would be even more dominant. A defeated and dejected VG barely looked able to muster a defense as White-logist’s Templar Assassin ran at them again and again. Even though SAG’s mid laner gave away two early deaths to his opponents, it was the gold he slowly gathered that started to add up. In the final 15 minutes of the game, during a sustained siege on the mid, TA was unstoppable, cleaning up VG on the way to SAG’s victory.

SAG have run the gambit today to take the #BeyondEpic China title!

A 4-0 day earned the champs their title, besting RNG in the Lower Bracket Final, and VICI in the BO3* final!

But the team’s elation was short-lived. As previously mentioned, the final had mistakenly been played in a best-of-three format, meaning there was one more game to be played. SAG and VG squared off one final time in a repeat matchup. Once again going back to picks which had proved foundational throughout the tournament, SAG picked up the Anti-Mage and Clockwerk support, and looked to shut out this final game.

Vici were not prepared to go down without a fight though, and attempted to cut down on SAGs late game power with strong harass from Disruptor and Centaur Warrunner in the early lanes. But despite this attempt, SAG’s carries were once again able to snowball with another phenomenal performance from White-logist. Shutting down their opponent’s Dragon Knight, the mid lane became the focal point of SAG’s victory. The team once again sieged highground and finally secured their win after a hard-fought 40-minute game.

Sparking Arrow Gaming are an underdog team that has risen from Tier-two success to winning a major tournament in just a few months. The former Royal lineup stuck to their own style for the majority of the event, only adapting by speeding up their already frantic pace to defeat a constantly stalling team. It’s exciting to imagine where the ceiling for this new face at the top of the region will be, as from early results they seem more than equipped to hang with the very best in China. BEYOND EPIC: China was an incredible event, but if you’re starved of Dota 2 action already, have no fear – BEYOND EPIC continues with the European finals for the rest of the day before concluding this evening.