SSG’s Canadian: “No One’s Getting Complacent” 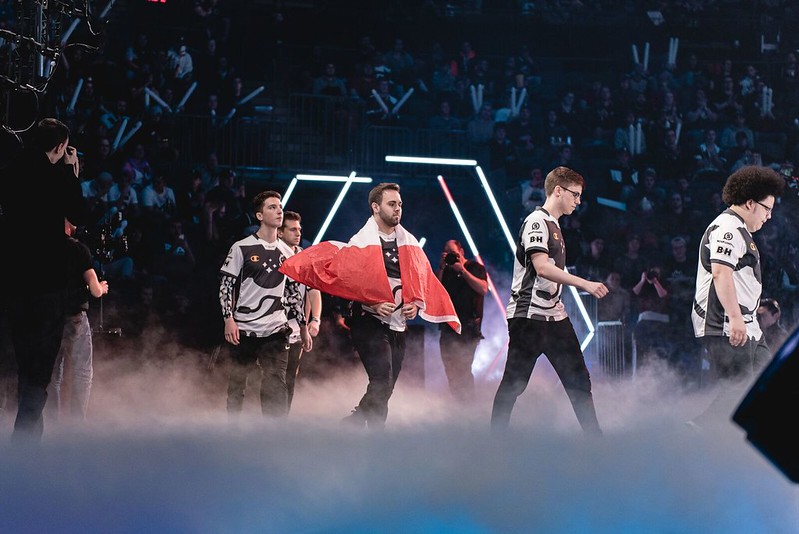 Just over a week ago Spacestation Gaming lifted the iconic Rainbow 6 Siege Hammer after overcoming all of their opponents at the Rainbow Six Invitational. When others collapsed or caved under the pressure of the stage, Spacestation Gaming preserved and broke the 1,000 brought for NA bringing home the Hammer. For Troy “Canadian” Jaroslawki, his victory didn’t just bring the Hammer home to NA, but it reassured him that the hard decision to leave Evil Geniuses back in September was truly the best play for his career. We had the immense pleasure of talking to Canadian after his historic win last week to talk about the growth of SSG after his arrival, the NA/EU rivalry, and how important it is to hold  yourself and teammates accountable.

Hotspawn: Back in September we talked about your leaked switch from Evil Geniuses to Spacestation Gaming and discussed how you were synergizing with the team. You mentioned that there hadn’t been any big issues with meshing as a team but that blending can be a challenge. Did your win last weekend confirm that you made the right choice from switching from EG to SSG?

Canadian: Yeah, definitely. I would say so – I made the right decision. There were moments where I could tell like it had been the right choice because of how we had been improving and just how we’re handling things. But yeah, the end result obviously that’s what I was going for. 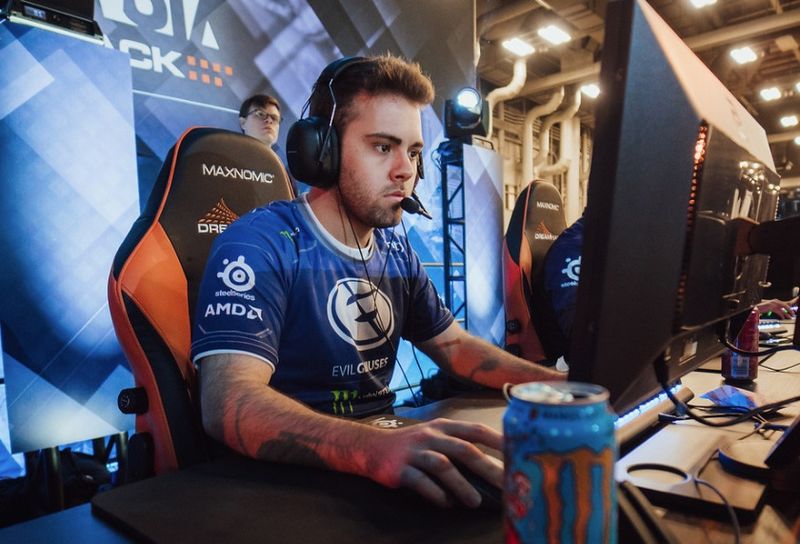 Canadian was on the Evil Geniuses roster before switching to SSG last year. (Photo courtesy DreamHack)

Canadian: I mean, obviously we ran into problems just like any other team, but I wouldn’t say I had my doubts. I’m not someone that gets super discouraged easily. It took me like three or four years with EG to get to that breaking point where I was like “okay, it’s time to move on”. I’m not the type to get really discouraged when we run into a problem. So we ran into some problems, but I’m well aware that’s just kind of part of the growing process. I wasn’t too worried.

Hotspawn: Victory can often derail progress as people can become complacent when they are too comfortable. Do you think it would be easy to fall back into a routine and not continue to push forward – to lose that growth?

Canadian: I definitely think that’s the case. I mean, I’ve won, it [the Six Invitational] before and I felt like our team kind of got complacent before – after we won the first Invitational. So I mean, it’s definitely a thing. I know it’s happened to other teams as well. Arguably, I don’t want to say it happened to Team Empire, but clearly they haven’t improved as much as they were before. After they won and rallied, they kind of fell down. Because I feel like the rate at which you have to improve once you win is even more so. You have to improve even more because everyone’s trying to catch up to you now. Whereas before people were paying attention to you but not as much. 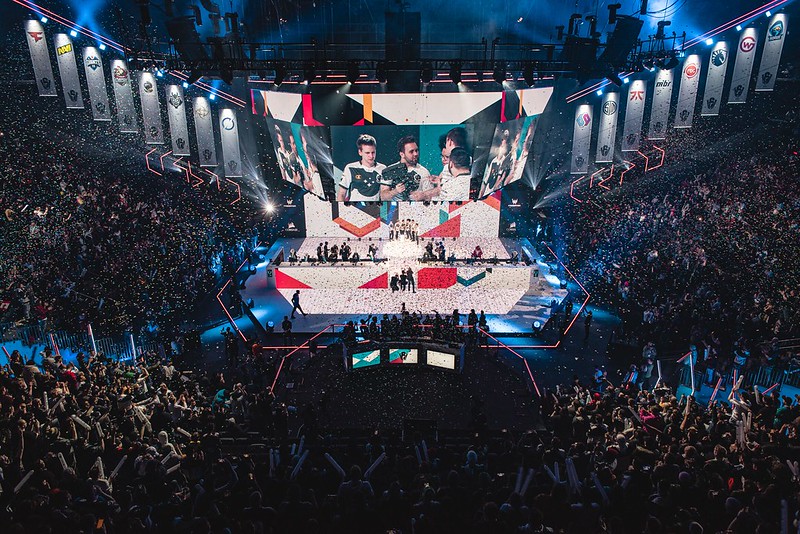 Hotspawn: So the Hammer’s lift. Spacestation Gaming won. What’s next? How do you continue that forward momentum you talked about earlier?

Canadian: I think we just have to continue to do what we’ve been doing. We’re a team that’s remained really flexible and we haven’t gotten too stagnant in our play style or anything. I think just continuing to do that. We’ll continue to throw new ideas among the team, being on each other, making sure that we’re focused on improving as much as we can. No one’s slacking. No one’s getting complacent. Just kinda holding each other accountable. That’s a big thing that we talk about and I’ve talked about since I joined the team. We need to make sure we hold each other accountable and that’s something that we’ve gotten pretty good at it, I think.

Hotspawn: What does it mean to hold yourself and your teammates accountable? What does that look like as a team?

Canadian: It’s just a matter of anytime we notice someone maybe is not paying attention in a dry run or something like that and just right away letting them know what it means. If we want to win we need to be taking the proper steps. We need to all be focused on what we need to do. We need everyone pitching in. Every little bit goes a long way. So just kind of being on each other like that. The same thing with mistakes that we make in-game. Attitude problems as well. Those always come up in teams. [Issues] with personality clashes and just being able to iron it out right away.

Hotspawn: Let’s jump into the Grand Finals. There was a moment where things were looking challenging from SSG. How were you able to maintain a positive attitude and then maintain the momentum once you had turned things around?

Canadian: We knew we needed to play better than we were, but we’re also well aware that our last few maps were our best maps. So we were very confident that we could win that. We felt confident just because we knew the maps ahead of time – we knew that like we’re still in it. If we had a weak map coming up for the last map or something, then it’d probably feel a little different.

Hotspawn: There’s a fine line between being confident and being cocky and often, teams will get too cocky in tournaments and make mistakes. What sets you guys on the path of being more confident and less cocky?

Canadian: I think it’s just a matter of our play style. I think there’s teams that they’ll get too overconfident or too cocky and when they do that they start to play less disciplined. But the reason we’re so confident in our Clubhouse is because we play it so disciplined. We play it very step-by-step and we know that as long as we follow our game plan, we’ll be okay on the map. At least that’s how we feel. We know that if we make the right decisions we will be able to win.

Hotspawn: Whether you win or you lose, most athletes are able to take something from the experience. What did you take away from the Grand Finals?

Canadian: I mean, I think it was a big thing, not just the Grand Finals. But just in general, us as a team learning that we could come back from anything. In the Winner’s Finals on the last map of Cafe, we were down 4-0 on our defensive half, which is horrible. Same thing with the Grand Finals. We lost two maps straight and they weren’t even close. Just the fact that our team definitely knows now we are capable of coming back from anything. We’re capable of bringing it back. I think that’ll help a lot in terms of our mental fortitude. Obviously it was already strong because we made those comebacks, but I think that only helps it.

There’s a lot more teams [in NA] with a good mindset.

Hotspawn: Speaking of wins, NA now holds the title of Six Invitational Champions. What sets North American Rainbow Six Siege apart from the rest of the world? What makes your region different?

Canadian: Well it [NA] used to be a negative thing. I used to think that North Americans were very lazy and acted extremely entitled. I thought that’s what set our region behind. That’s why I felt, at least when I was on EG, that we were one of the only teams. Us and sometimes Rogue were the ones that competed well internationally. It started to change towards the later days of EG but that’s how I initially felt. But I think things have changed a lot though. There’s a lot more teams with a good mindset. I also think there’s been a lot of crazy up and coming talent. TSM is a huge example of that. They have three young players that just a year ago weren’t even in the competitive scene. Now they’re some of the best players in the world. 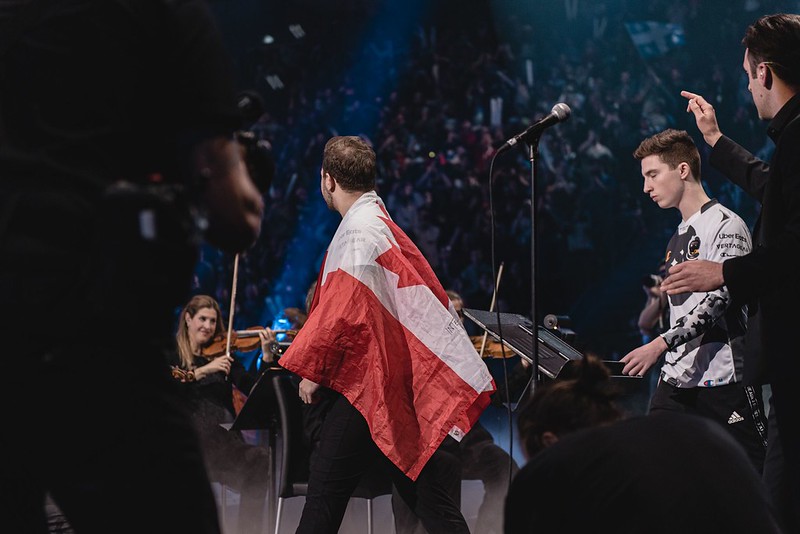 Hotspawn: Good mindsets or having a healthy competitive attitude is important for winning. Recently Ninja tweeted about how he feels that the phrase “it’s just a game” is a weak mindset. After talking about winning and healthy attitudes, what do you feel about this mindset?

Canadian: I think it depends. In some cases you can think that, but if you’re playing a more causal game. I think it just depends on whether or not your intention is to play the game competitively. If, in my case, we lost a scrim or lost a match or a tournament and then afterwards I said, or someone on my team said, “it’s just a game” then that would be a weak mindset and I wouldn’t like that.

My competitive attitude kind of leaks into everything that I do.

But for someone that isn’t trying to be the absolute best, which is fine, you don’t have to be playing this game to try to be the absolute best. In those cases I think it’s fine to say that. I’ve kind of had to start saying that to myself. My competitive attitude kind of leaks into everything that I do. I used to not be able to play games casually because of it. Because I’d be too competitive. I would have to tell myself like it’s just a game on ones where like I realized that I should be taking it more casually. So I think it’s fine to say that. I just think there needs to be some context to it.

Hotspawn: That’s a good point to raise – the context is important. Wrapping up this interview has reminded me that you’ve essentially wrapped up your year from joining SSG right before Dreamhack Montreal to winning the Six Invitational in Montreal. Do you feel like it’s been a full circle moment?

Canadian: I hadn’t really thought of it like that but yeah, I suppose so.

[Interview has been edited for clarification]

Rainbow Six
Share
Gillian Langland
Gillian is Hotspawn's Communication Manager. She is also a lifelong gamer with a habit of getting distracted by random side quests, falling in love with fictional video game characters and forever buying wards as a position 5 in Dota 2. You can normally find her watching far too many Twitch streams to be human and rambling about esports community issues with a cup of coffee in hand.
Follow me