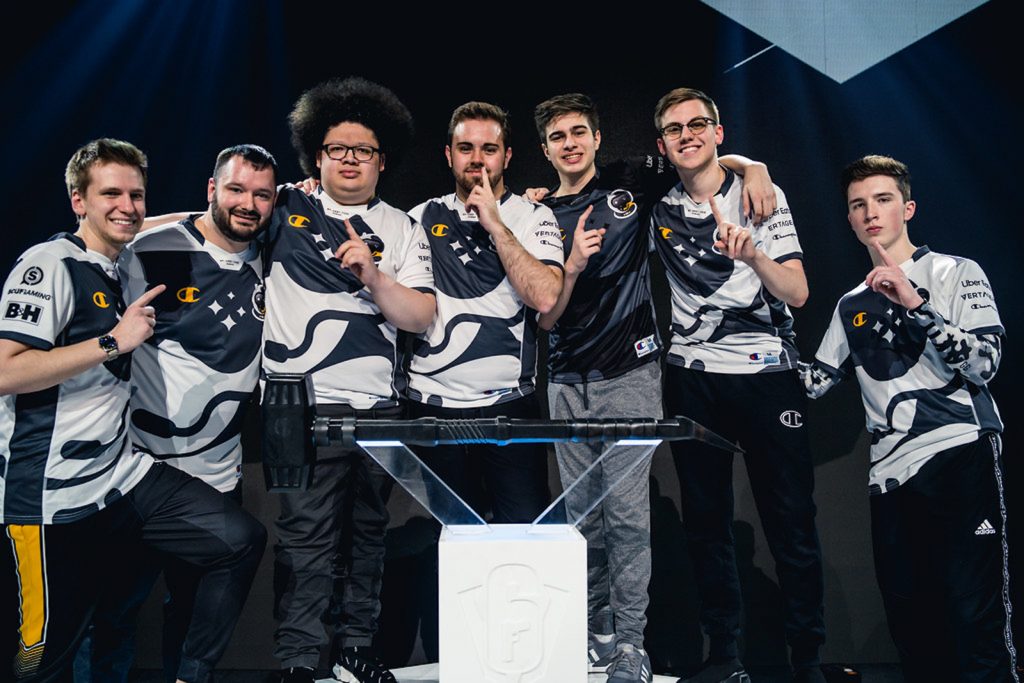 The Rainbow Six North American Pro League Season 11 concludes with world champions Spacestation Gaming claiming first place. This journey would not have been possible without eUnited’s upset win last week, and this match allowed for the ultimate satisfactory conclusion to the Season. Spacestation Gaming is now your reigning US Champions, World Champions and NA Pro League Champions.

The battle for first place

Spacestation Gaming achieved victory on playday 14 against TSM 7-5. Once again, they had yet another super close encounter in Pro League. What is a surprise here is this map went wild when Theme Park was the remaining map in the veto process. But what is interesting here is that SSG manipulated the defender sided map in Theme Park with the use of smoke grenades. Since TSM didn’t play the utility denial game on their defense, SSG equipped smoke grenade on the Jackal to coordinate planting strategies. It worked too for two rounds, giving SSG a strong 4-2 advantage at the half.

However, TSM did gain two rounds in a row on their opening attack half. This was then met with SSG defense with, followed by another TSM attack win. By that point, iT was 5-5. SSG found success though the following two rounds and closed it out.

This is an incredible map to see play out. With the map being notoriously defender sided, these two teams did put in work to play attacking half as well as they could. What makes this better is the more defender sided maps were the sites with more than frequent picks. This means that both teams did know how to take down Theme Park’s defensive nature. It is clear to see why TSM and SSG are the best in NA just purely off this.

With this result, SSG takes first, and TSM takes second place in NA Pro League. Once again, thank you eUnited, for making this story possible.

Tempo Storms rules the bottom half

In a surprising turn of events, Tempo Storm’s recent success finds them escape seventh place in favour of fifth place. Tempo storm was always losing in Season 11 Pro League. Some of their comments on twitter last week reflected the low mood in the team. However, the story could not be anymore juxtaposed.

Both Luminosity and Reciprocity have something in common. They both lost to TS 7-1 on Kafe. It seems like Tempo Storms map pool is beginning to settle on Kafe as a team favourite. With this win and eUnited losing to Evil Geniuses on the final playday, Tempo Storm jumps to 5th place.  If Tempo Storm didn’t have to forfeit their playday seven game against Team Reciprocity, it could be possible that Tempo Storm and Reciprocity may have switched places in the standings. The thought is quite interesting to ponder.

Tempo Storm is an exciting team that has got things together when it matters the most. They now have a massive storyline as they prepare for Season 12. North American bottom four has been defined by inconsistency throughout the season. With Tempo Storm developing through the year, Season 12 could look very different for this roster.

With the season finally at an end, the main narrative throughout North America has been the changing of the guard. Previously, EG and Rogue were the two teams that dominated the region. With Rogue disbanding (now in EU) after their relegation and EG now dead last, the narrative is complete.

Two teams that have never been to a Pro League final would otherwise be attending the Rio Pro League Final.  With that said, the new age of Rainbow Six Esports is coming with four majors in the competitive calendar. Perhaps their era can genuinely begin with this latest evolution in the esports ecosystem.