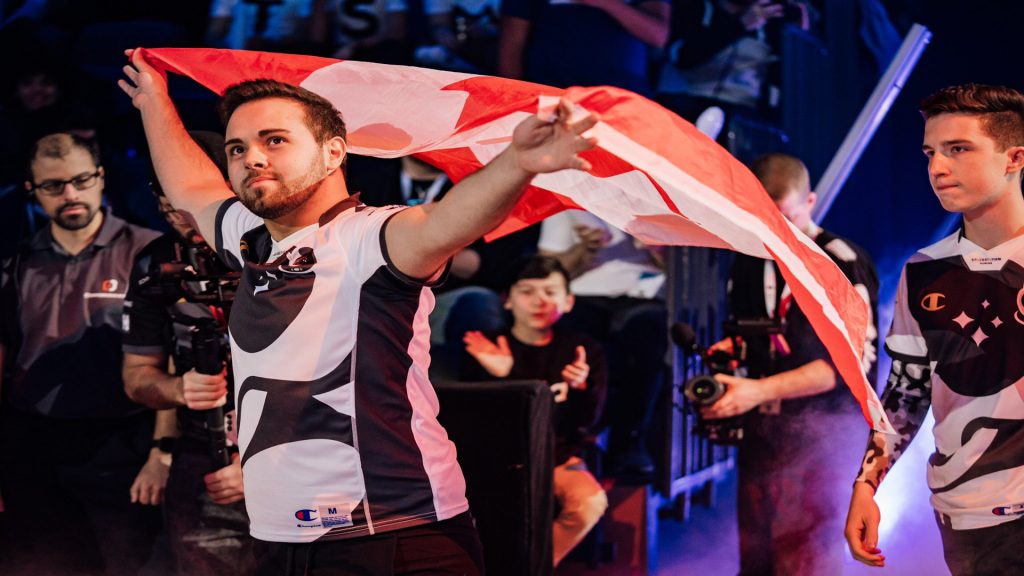 Spacestation Gaming rip through the Upper Bracket and are the first to make it to the Six Invitational Grand Finals. (Photo courtesy Peter Chau - Ubisoft)

The penultimate day of the Six Invitational 2020 has completed and now only three teams remain. The final day of the Six Invitational will feature Spacestation Gaming, TSM, and Ninjas in Pyjamas. Furthermore, we know that Spacestation Gaming will be heading to the Grand Finals after a well-fought victory. It has been an intense day of Rainbow Six and the passion for reaching that final has shone through.

Ninjas in Pyjamas and BDS Esports was sure to be an epic battle. Both teams got better and better as the event progressed. Additionally, individual players from each team had an impact in huge ways. From star carries putting huge kill boards out, to supports and in-game leaders coming in with huge clutches to take rounds. This series had it all.

The best part of this series was that NiP won BDS’ map pick of Bank, and BDS took down NiP on Border; their best map of the tournament. The decider was on Clubhouse, and that was nail–bitingly close regardless of NiP’s 7-4 victory.

As for those on the server, Stéphane “Shaiiko“ Lebleu continued his pressure as one of the world’s best fraggers. As for Adrien “RaFaLe“ Rutik, he had even more impressive clutch rounds as a support player. NiP’s Murilo “Muzi“ Moscatelli continued to have career performance and Gustavo “Psycho” Rigal had world–class defender ACOG play. These are just a few examples of notes from the series. Everyone had their moments, and it will be too much to list.  Speaking of Psycho, the way he won the series for his team is unreal.

Spacestation repeats their victory over TSM

In what was a repeat from the group stages, Spacestation Gaming once again took down TSM in a best-of-three series. The hype heading into the match felt as if it was the Grand Final already even though it was only the upper bracket final. The opening map was on Bank, which went to TSM 7-4. It was a remarkable display for a much-anticipated match.

It is about to kick off in here! The atmosphere is electric and this is only the first semi final!!! pic.twitter.com/PIEoasgQJx

Moving on, SSG destroyed TSM on Coastline. SSG got a 5-1 lead in the first half. That power transitioned to a 7-2 victory over TSM. Most of SSG’s line-up just straight up out fragged, jumped out and supported better. From TSM’s convincing win on Bank to this, it is clear SSG had plans in motion for the rest of the series.

As for the final map, it was a repeat of the final map of their group stage series. Kafe would once again be home to a TSM and SSG showdown. TSM seemed to get off to a good start. But, before long, SSG had regained composure. The map ended 6-6, forcing overtime. Clearly, both teams were prepared for their rematch on Kafe. However, overtime meant there must be one winner. SSG managed to make the dream come true by winning the first two rounds of overtime.

We are tied up! @SpacestationGG has all the momentum now! #SixInvitational pic.twitter.com/1YkivZhXWl