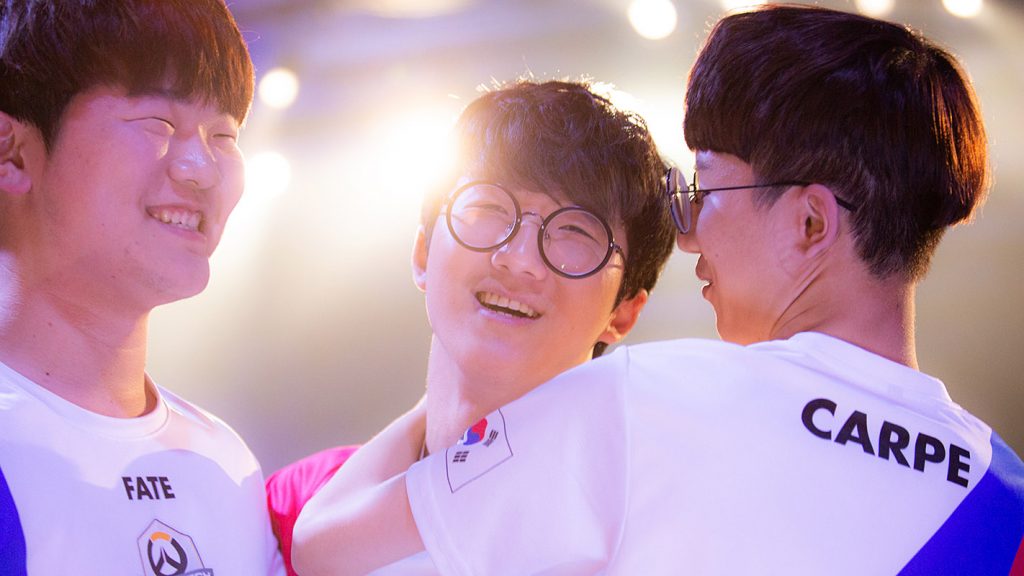 There are 12 players on the South Korean squad for the Overwatch World Cup, but only seven players can travel to the event.

Ahead of the main stage event, South Korea made the decision to change up their core Overwatch World Cup roster. There are 12 people on the squad, but only seven players can travel to the event. South Korea changed up their original core seven, but will this be a move timed perfectly or will it land the SK team short?

The South Korean committee made the decision to change up the roster after the initial roster qualified for the event back in August. A lot can change in a game in two months, especially Overwatch, where the meta changes constantly. Instead of SK relying heavily on the NYXL-core, the team decided to “spread the love”. There is now a mixture of teams representing SK, like the Philadelphia Fusion, NYXL, Los Angeles Valiant, London Spitfire, and Seoul Dynasty.

South Korea has won the OWC every year since it’s 2016 inception and is the favorite to win again this year. All of the other countries are training hard to knock them off of their high-horse, but will it happen? SK has buffed up their roster to make sure that every player can remain flexible, accurate, and ready to win. The 2018 Overwatch World Cup could be the best one we have seen yet!