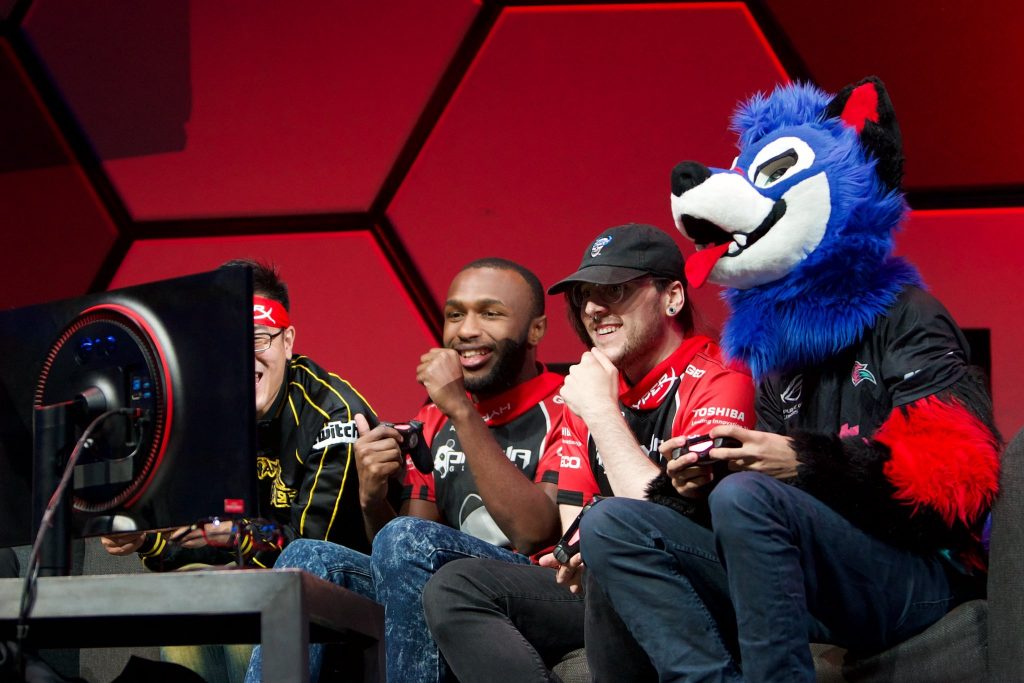 This year’s DreamHack Montreal was home to six unique fighting game tournaments, boasting an incredible array of games including titles like Mortal Kombat 11, Super Smash Ultimate and Brawlhalla. This world-class tournament attracted the attention of players like  Dominique “SonicFox” McLean who was eager to continue their reign of dominance at Mortal Kombat 11.

Ahead of their matches on Sunday, SonicFox sat down with Gillian at DreamHack Montreal to talk about their recent switch in characters, their journey of self-discovery and the advice they have for upcoming players.

Gillian: Hey! Thanks for taking the time to sit down and talk with me. You just finished your matches in Mortal Kombat 11 for the day and came away with a clean set of matches. A lot of players are curious about your recent switch to D’Vorah. What sparked the change?

SonicFox: I love sudden characters, and now that she’s buffed and is much stronger, I can play her now, which just really nice.

Gillian: Did you ever worry about switching characters? Was it something you considered before the switch?

SonicFox: Um, yes. Cause she’s probably the hardest character in the game to play. But if you can do it, she’s bullshit.

While looking and testing out a new Dvorah Setup Concept, I discovered this crazy ass combo. Its impractical as fuck but man it looks HYPE AS HELL pic.twitter.com/5NWWov3Q4Q

Gillian: And that’s how you’re exploiting her against your opponents – playing a character that has a harder skill set but a better reward.

SonicFox: It’s like I’m pushing her to her limit. Showing everyone why she’s mad good.

Gillian: Is there anyone that you are worried to face with her at DreamHack Montreal? Are you worried about any potential counters?

SonicFox: No. I feel confident that can beat anybody with her.

Gillian: That’s a great, and powerful mindset to have. Is there anyone you’re looking forward to playing today?

SonicFox: Yeah – I want to play NinjaKilla. It’s going to be exciting. He’s fucking godlike. He was the person who beat me at the last tournament. Which I’m kinda salty about cause I wanted to beat him. But now I’ve got a higher challenge. Let’s go!

Gillian: Is there anything you’re worried about later on today [Saturday]?

Gillian: You ever have issues switching between the games you play when you’re playing in a tournament with more than one game like DreamHack?

Gillian: What’s your limit for the number of different games you will play in one tournament?

Gillian: That’s quite a few games to play at a tournament. Which games do you prefer to play?

Gillian: I read that you really enjoy Skull Girls but it’s not at major tournaments. Is that disappointing? Do you wish more TOs added Skull Girls to their featured games?

SonicFox: That’s my best game actually. Nobody knows that that’s my best game played. It’s not played because it’s been out for a while and the communities die down a little bit, but it’s still got tournaments and stuff. I still compete, and win, at the biggest Skull Girl tournaments.

Hey ya’ll! I’ve been thinking critically about myself these last couple of months, and my entire life perspective on how I look. The more I reflect on my pass and likes the more this makes sense to me..

With that being said, I’m coming out as a Non-Binary Man!
(He/They) please!

Gillian: I didn’t know that- that’s very cool. You are pretty open on Twitter, discussing not just esports but your personal life. You recently had a big coming out announcement explaining that you identified as non-binary. Was that a big step for you?

SonicFox: Yes. I can now start like dressing based on how I identify with my gender identity. Which is really nice, cause I hated shopping before and I couldn’t figure out why I hated it. Now that I’ve discovered that I am non-binary, I want to present myself how I want to look. And now I feel like I just opened a new world in terms of how I look, in terms of what I’m gonna do in life. I’m just excited!

Gillian: You sound so excited. What’s going to be changing? What’s happening for you in the future?

SonicFox: Well that’s a little secret but hopefully next week there will be a drastic overhaul. Hopefully, hopefully, by the time I’m done you’ll see a different Sonic.

Gillian: You talked a little bit about exploring previously. How did you come to the realization that you were nonbinary?

SonicFox: Oh – just a better mental state and better mind allowed me to look at myself and self reflect and I came to the realization.

Gillian: Was there anything that you could suggest to other people who are trying to find out who they are, whether that’s what their gender identity is or simply who they are as a person?

SonicFox: Find people who will always support you no matter what you’re doing.

Gillian: And you found that. Does being so open and so visible ever bother you or cause stress?

SonicFox: I feel like it opens the doors for other people. That’s a lot of I do is when I hear anybody telling me stories about how like me being myself makes somebody able to be themselves, I can’t stop.

Gillian: And if there was something that you could tell a younger you or someone who was in a similar position, what would you say?

SonicFox: Find that very close net of friends and don’t let them go. It may take you a while but when you do, you’ll know it in your heart when you find that whole set of friends that will never betray you – no matter what.

Gillian: Do you think the fighting game community has helped you find that close group of friends?

SonicFox: Yes, yes – drastically. You have no idea.

Gillian: I know personally it can seem frightening to jump into fighting games and the fighting game community. What kind of advice do you have for players who are looking to join the community and make themselves known?

Gillian: That’s fantastic advice and it’s definitely applicable across any game, esports or traditional sport, that someone might want to pursue competitively. Thanks again for taking the time to talk with after a long day of matches. We’ll look forward to seeing your surprise later this week. Best of luck.