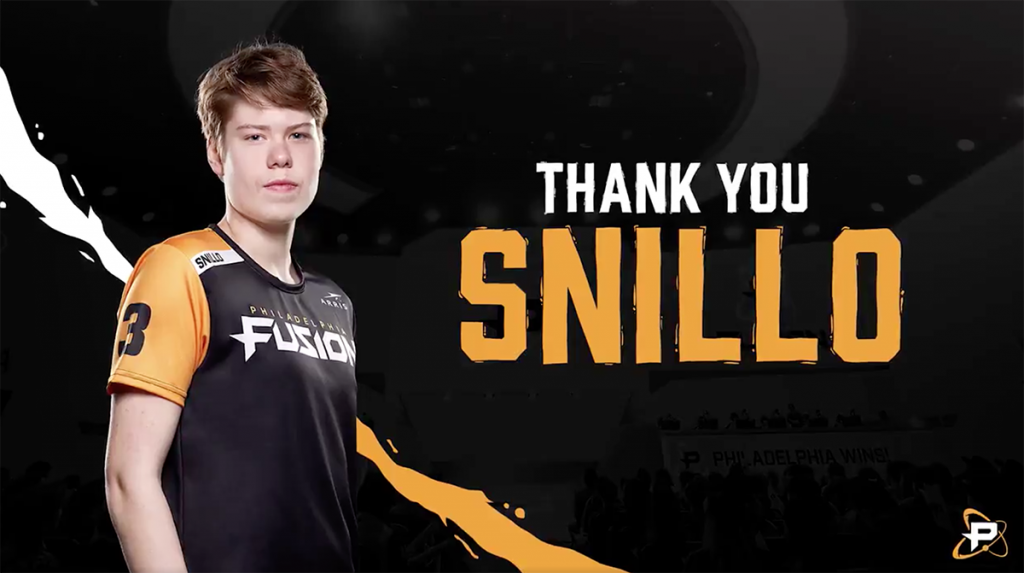 The Philadelphia Fusion have announced that they have released DPS player Simon “snillo” Ekström.

It's hard to say goodbye to family. @snillo_ow has been a part of Fusion since the very beginning, but we're excited to see where he goes next in his career!

Thank you for giving us two great seasons, and many great memories together, Snillo! pic.twitter.com/YZZvdWLT1Y

Snillo has been with the Fusion ever since the inaugural season of the Overwatch League. He was originally picked up from the Swedish scene after demolishing the solo queue ladder on heroes like Tracer. From there, he helped the Philadelphia Fusion solidify a place as a top contender in the Overwatch League. During the Stage 2 playoffs, the Fusion pulled off an unprecedented upset against the London Spitfire thanks in part to Snillo’s breakout performance. While the Fusion did lose the Grand Finals to the New York Excelsior, Snillo had been recognized as true talent.

However, things would get more difficult for Snillo as the league progressed. The metagame started to shift with changes Blizzard made to Overwatch. Tracer became a less viable character who has clear weaknesses. Then, the death blow came with the release of Brigitte. The new support hero could easily shut down mobile flank characters such as Tracer, resulting in Snillo seeing less playtime on stage. During the Season 1 playoffs, Snillo didn’t play a single game despite the Fusion placing second overall.

That offseason, the Fusion announced that Snillo would be playing for the Fusion’s Academy team instead of the Overwatch League roster. While he was technically a two-way player for both lineups, he never played a match for the main roster. Snillo’s other hero picks weren’t bad, but with Tracer being unplayable throughout the year-long GOATS meta, he never found his resurgence.

Going into Season 3 of Overwatch League, the meta is once again shifting. Snillo is still a very young player who has skill on multiple heroes. His potential is certainly sky high, and if another team decides to take a chance on him, he could show his worth in spades.