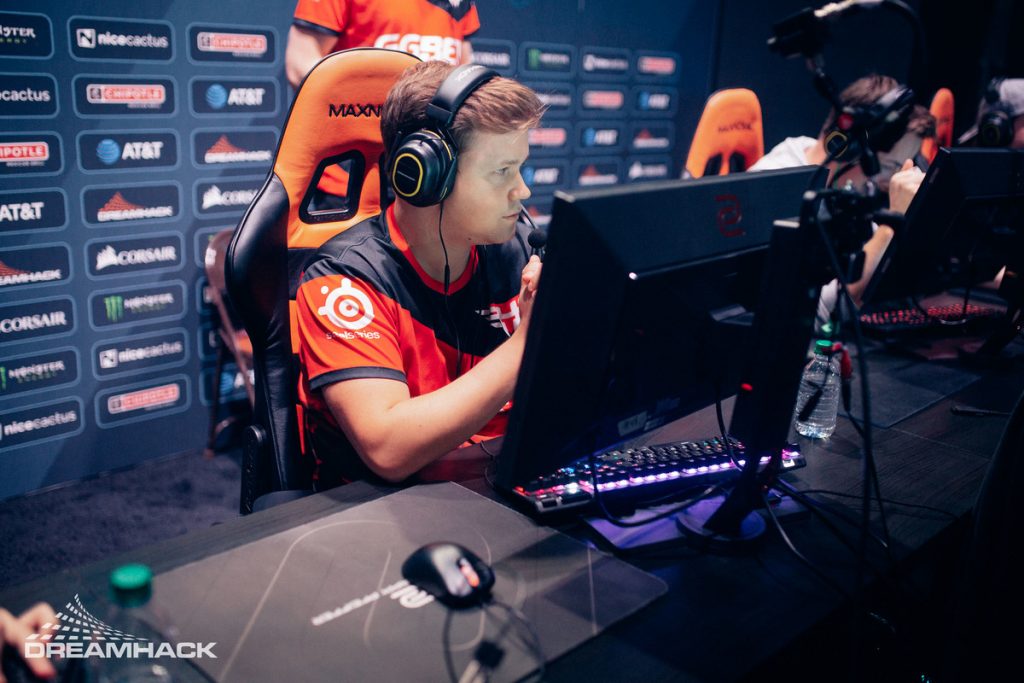 Snappi is heading to c0ntact Gaming after recently being associate with TIGER. (Photo courtesy DreamHack / Alex-Maxwell)

Marco ‘Snappi’ Pfeiffer has signed with c0ntact Gaming ahead of the cs_summit 6 European RMR event. The deal comes after being linked to the Mongolian team TIGER, on loan from Astralis.

Please join us in wishing a warm welcome to Marco '@SnappiCSGO' Pfeiffer as the new leader of the c0ntact team!

Before Snappi’s signing to c0ntact Gaming, his position on TIGER was unclear. TIGER recently revoked their initial plan to bring him and Owen ‘smooya’ Butterfield to the starting roster. The team came out on top in the Asia RMR after a surge in performance in May. TIGER decided that the rise in performance was worthy of the players to remain on the team. Besides, the organization was set to lose 1600 RMR Asia points if both of the Europeans started on the roster. Therefore, the two changes didn’t go ahead.  The result of the decision appears to be that Snappi joined Astralis on loan, according to Heroic CEO, Erik Askered, seemingly confirming the TIGER deal went through.

Super happy about @SnappiCSGO continuing his career so rapidly, wherever it is. Big thing by TIGER to loan him out 3 days after buying him. Kudos! Wish you the best of luck Marco!

As for smooya, the UK player announced his free agency again on June 3rd. He too was linked to the TIGER move after he found himself team less due to U.S visa issues. He is now looking for CS:GO positions in European and North American teams.

With Snappi’s signing to c0ntact Gaming, it appears Astralis is still reportedly on the hunt to loan his ex-teammate, Patrick ‘es3tag’ Hansen, per Dekay. Astralis will wait for es3stag’s contract to run out before he joins as part of Astralis’ extended roster. ec3stag will fulfill the same duty that Jakob ‘JUGi’ Hansen is. These players are filling in for Andreas ‘Xyp9x’ Højsleth and Lukas ‘gla1ve’ Rossander as they take leave from the game temporarily. It is unclear how long Xyp9x is out for, but gla1ve’s sicknote details a three-month break from the team.

The newly announced c0ntact Gaming roster are taking part in the cs_summit 6. You can catch them and their journey as they look to find ways into the Rio Major set for November.