Smooth Sailing for Secret; Alliance on the Rise at ESL One 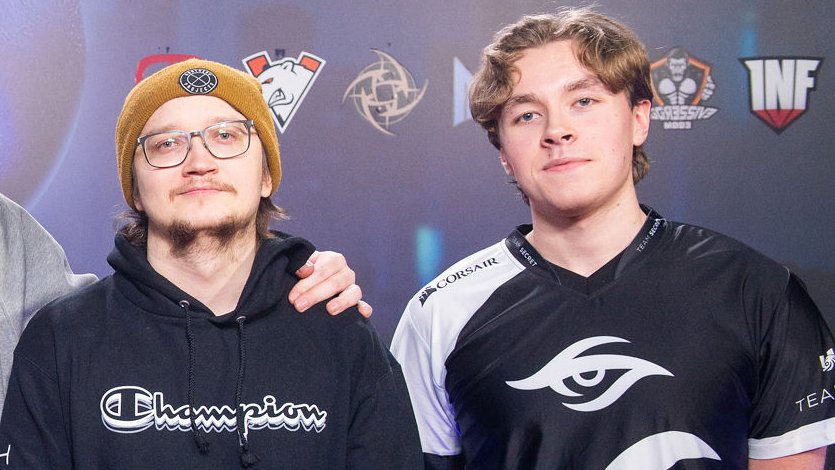 Day four of the European/CIS regional group stage for ESL One LA Online featured some excellent matchups of high profile teams. Catch part one of the recap here.

Ever since the Team Liquid roster left Alliance for greener pastures there has been a spicy rivalry between the two organizations. Early on in the season the new Alliance has looked like the better team. More recent results have begun to favor Team Liquid and after the sudden release of Fata and 33, Alliance’s prospects for ESL One LA have been in question.

Truth be told, the only real questions left to answer after this series is just how important is drafting in Dota right now? All three games in what should have been a hyper series seemed over within five to ten minutes of loading into the game. Alliance tried a bizarre Bounty Hunter support strategy that found little synergy to play with and no easy targets to take advantage of. Liquid meanwhile, grouped up early with strong mid game cores and simply ran over Alliance’s scattered individual heroes.

Game two was the exact opposite story as Alliance returned to more meta picks while Team Liquid opened with a Crystal Maiden plus Storm Spirit combo. Following up this old school combination with even less popular heroes such as Skywrath Mage and Lifestealer allowed Alliance to draft three winning lanes. The game seemed over before it even began and Alliance found little resistance on their way to a 19-2 victory in 18 minutes.

What a series! @theAllianceGG wins two games back-to-back for the 2-1 finish against @TeamLiquid! #ESLOne
📺 https://t.co/RUTJQihdBh pic.twitter.com/H2LQpiMPja

Team Liquid’s captain Insania has developed a bit of a reputation for being a contrarian strategist and this approach continued in game three. Alliance once again opted for a more meta approach to the game, allowing Team Liquid to tie their own draft into an unsolvable knot. Taiga’s first pick Enigma was heavily countered and since miCKe picked up the safelane Slardar, the win condition for Team Liquid seemed hazy at best. Unsurprisingly, Alliance’s practical approach won their lanes, hit a predictable power spike on Nikobaby’s Wraith King and ended the game with minimal bloodshed. It was a disappointing series for a rivalry that has given fans of both teams plenty of nail biting moments this season.

Liquid find themselves at the bottom of group B while Alliance sport a 1-1 record in the middle of the pack.

With many other teams experiencing roster issues due to travel restrictions, Team Secret’s full roster of superstars has looked miles ahead of their competition. Ninjas in Pyjamas represent one of the stronger contenders for Secret despite their own roster patching and the series pitted two of the game’s best drafters against each other.

NiP opted for a strong and aggressive game one strategy with a last pick Timbersaw to pressure the slower paced Wraith King from Secret. TANNER, played his role well on the Timbersaw but quickly found himself left out of the loop as the veteran decision making of Team Secret dodged the aggression from NiP. As PPD and crew tried to press their advantage and invade Team Secret’s side of the map, MATUMBAMAN farmed and zai split pushed towers with equal efficiency. Despite their solid execution of the aggressive lineup, NiP could not seem to find good trades and all of their heroes fell behind. Even Nisha, who was left to fend for himself on a mid lane Pangolier ended up several thousand gold ahead of his counterpart thanks to Team Secret’s map control advantage. Eventually Secret forced NiP’s hand by charging through NiP’s jungle and the Ninjas were forced to tap out to the overwhelming might of Team Secret’s tri-core strategy.

PPD pulled out a different flavor of Dota in game two to try and switch things up and Puppey responded in kind. NiP’s carry Naga was countered by Team Secret’s Alchemist and a creative laning set up. Zai, known for his innovative hero ideas was given a safelane, core Tusk which he played to perfection, outdueling Dark Seer in lane and reinforcing his free farming Alchemist in fights. It was another straight forward farm fest for MATUMBAMAN who claimed an 11 minute Radiance, 15 minute Heart of Tarrasque and 20 minute Assault Currais. An unkillable juggernaut, he sliced through NiP’s team fight combos and cleaved their heroes to bits. For Ninjas in Pyjamas it was a humbling series that also showed their potential to be a strong team at this event. For Secret it was business as usual and a quick day at the office, neatly wrapping up both games in under 25 minutes.