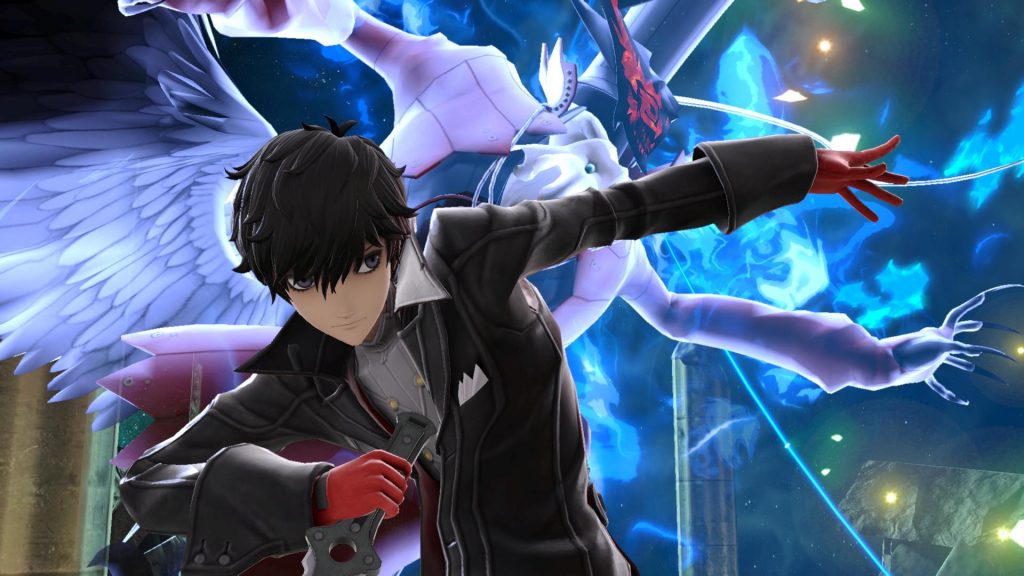 After much anticipation from Smash and Persona fans alike, Persona 5’s gunslinging character Joker joins the battle today, along with a number of bonus DLC goodies Nintendo has included in Super Smash Bros. Ultimate’s 3.0 update.

Challenger Pack 1 includes Joker; the new, color-changing stage, Mementos; a total of 11 new tracks from the past three Persona games; a Joker route in Classic Mode; and a special version of Spirit Mode. From the snippets granted by Nintendo’s announcement video, Joker looks like he has great potential.

His masked mode seems formidable enough, but once unmasked, Joker releases his Persona, Arsene, and looks downright overpowered. In order to summon Arsene, who is completely invincible and boosts all of Joker’s attacks, Joker must build up his “Rebellion Gauge.” His Rebellion Gauge powers up slowly over time, but Joker can speed up the process by using his down special, Rebel’s Guard. Fortunately for his opponents, Arsene disappears once Joker’s Rebellion Gauge runs out.

Nintendo is also offering a Fighters Pass, which will grant access to all of the Challenger Packs. Based on what Nintendo showed in its announcement video, there are four additional Challenger Packs set to release through February 2020.

Extra Mii Fighters Costumes, mostly from the Persona series, are now available for purchase as well. Players can take their picks from a Morgana Hat and Teddie Hat along with Persona 3 and Persona 4 Protagonist skins for Mii Swordfighter. There is also now a Mii Gunner Tails skin and a Mii Brawler Knuckles skin for Sonic the Hedgehog fans.

There are several new modes that will be included in the update for free. As expected, Nintendo is adding a Stage Builder, which features a free draw mode where you can create and customize stages to your heart’s desire. Nintendo also announced a Video Editor mode, although replays created in versions before 2.0.2 aren’t compatible with 3.0—if you’d like to keep any applicable replays, you should convert them by following Vault→ Replays→ Replay→ Convert to Video before updating the Ultimate software, according to Nintendo Versus’ Twitter.

You won’t have to keep your content creations to yourself. Nintendo is introducing Shared Content, where you can view and share your videos, stages and replays as well as view those uploaded by other users from around the world. You can also upload and download custom Mii Fighters and follow fellow creators.

While I’ve covered the basics here, I recommend watching Nintendo’s full announcement video to get all the juicy details: