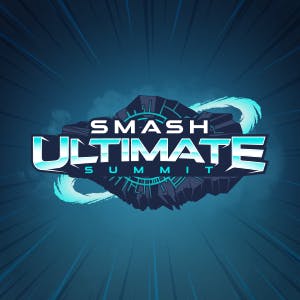 Beyond the Summit invited the following six players to compete at the event:

An additional four spots were given to the top-placing, non-invited players from Genesis 6, along with one from Nimbus:

Several players have been voted in over the past month as well. With a total of 368 eligible players, only 20 with the most Twitter nominations made it past the nomination phase to the voting phase. Facing a fair amount of scrutiny because of his Super Smash Bros. Melee background, Joseph “Mang0” Marquez was the first to be voted into the Summit. Justin “Plup” McGrath, Brian “Cosmos” Kalu, William “Gluttony” Belaid and Zack “ZD” Darby followed suit shortly afterward. The five beat out the likes of Melee’s top player Juan “Hungrybox” Debiedma, Eric “ESAM” Lew and the latest Frostbite champion, Gavin “Tweek” Dempsey.

There will, of course, be an Ultimate singles event, and for a little added fun, we’ll get to see a Squad Strike draft crew battle between four crews. It’s hard to predict who will come out on top, especially given the high concentration of talent and Ultimate’s extremely dynamic meta. Let’s take a little look at some of the contenders.

MkLeo has been decreed the third best Super Smash Bros. for Wii U player of all time by the Panda Global Rankings Top 100. His Ultimate placements so far have been promising, beginning with the Super Smash Bros. Invitational back in the summer of 2018, where he placed 2nd behind ZeRo. Since then, he’s been to more than a handful of tournaments, including Smash Conference United, Genesis 6 and Frostbite 2019, and has placed top five at all of them in both singles and doubles. I wonder if he will stick with his usual Ike and Lucina duo, or will we see him pull out Wolf?

Leffen’s Ultimate placements haven’t been stellar so far—he got 9th at Nimbus, 17th at Genesis 6 and 7th at Valhalla II, without even entering Melee at Nimbus and DQing out of it at Valhalla. No one can deny Leffen’s dedication to the grind, however, or his general gaming skill. He remains one of Melee’s undisputed gods, so perhaps he can translate that over to Ultimate. I’m curious to see which characters he’ll choose. Lately, he’s been focusing on Roy and Pokémon Trainer. On Twitter, Leffen claims that he’s “still… a big [R]oy believer” and “[Pokémon Trainer] will do as a secondary for now,” although he goes on to say it’s unlikely Pokémon Trainer will be “the best choice” after the next patch.

The 16-year-old Smash prodigy could be considered the best Ultimate Wolf main in the world. He turned lots of heads after his extraordinarily impressive run at Genesis 6, where he placed 5th behind well-established Smash 4 gods, MkLeo, VoiD, Samsora and Dabuz. He didn’t do so hot at the latest Frostbite, however, where he placed 33rd. Nonetheless, zackray shows incredible promise, and it’s no doubt that both he and Ultimate will grow together.

So, who do you think will be Smash Ultimate Summit’s first champion? Will it be one of the Smash 4 or Melee gods, like ZeRo or Armada? Or perhaps will we see a fiery run from the underdog, zackray? No matter the outcome, Smash Ultimate Summit is sure to be brimming with nail biters. You can watch all the action on Beyond the Summit’s Twitch channel.