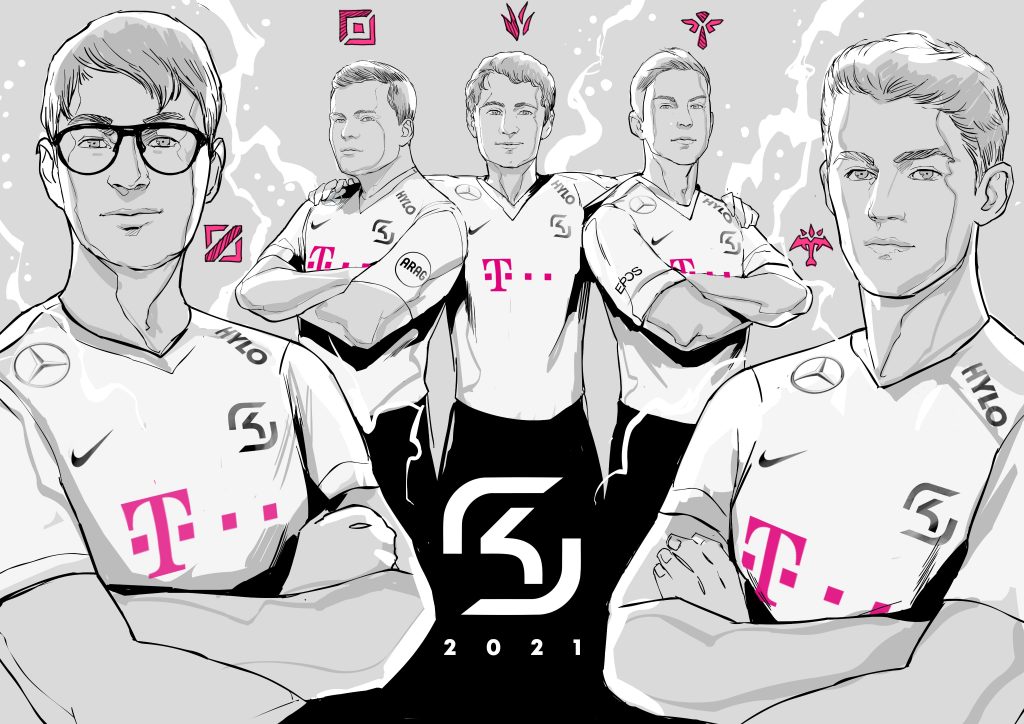 SK Gaming has announced it has signed its 2021 LEC roster. The team has only re-signed Janik “Jenax” Bartels to the roster after failing to advance further than sixth place in the 2020 Summer Playoffs.

Heading into the new season, SK Gaming has decided to field a team full of rookies. The roster is bringing forward European Regional League talent and TCL stars to field the roster in the coming competitive season.

Jean “Jezu” Massol joins from Misfits Premier, who has won several French national trophies with the Misfits Premier squad and made it to the quarter-finals of EU masters, losing out to AGO Rogue; the team that won EU Masters Summer. He will replace Juš “Crownshot” Marušič in the Marksman position.

In the botlane, he will be joined by none other than Erik “Treatz” Wéssen. Treatz has spent 2019 in North America, competing with TSM’s Academy, and filling the role of the main roster’s substitute position. He got some stage experience in the latter half of the LCS Summer Split, as he managed to get some games in for Week 6. While that was only a small sample, he will now support Jezu on SK’s starting roster.

Ersin “Blue” Gören joins SK Gaming after spending time in the Turkish TCL, being the standout performer in 1907 Fenerbahçe. Blue originally started on Fenerbahçe’s academy, before earning his promotion to its main roster in May. Blue became an impressive prospect and since returns home to Europe to compete in the LEC.

Finally, Kristian “TynX” Østergaard Hansen is joining SK Gaming as the team’s jungler. TynX has some notoriety in Europe after showing the world he was one of Europe’s most prominent rising stars. He managed to earn his way to the semi-finals of the EU Masters on LDLC before being eliminated by GamerLegion.

SK Gaming has gone after some of the young guns of the European scene. Like other teams before them, SK Gaming is once again looking to grow some of Europe’s most promising talent, to then be ready to contend for a Playoff and Worlds spot in 2021, just like Rogue and MAD Lions has done before them.

SK Gaming is just the latest team to reveal its roster. Check here for more on how the offseason is shaping up.