Sixth Iteration of World Showdown of Esports Returns to Dota 2 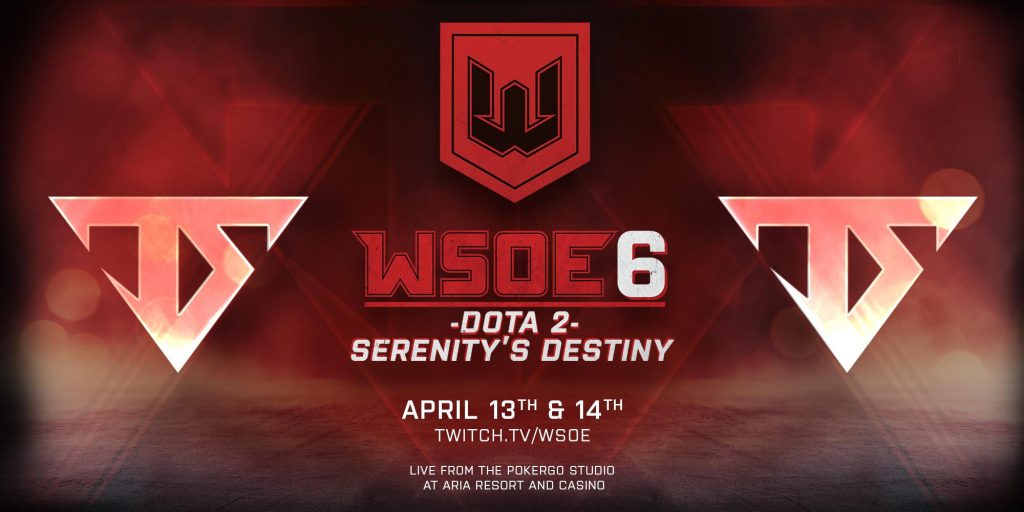 On April 13-14, Infamous, J.Storm, GGNGG, Team Juniper and Team Serenity will take part in WSOE 6: Dota 2 – Serenity’s Destiny, a uniquely formatted Dota 2 tournament in Las Vegas, Nevada. The event has a $100,000 USD prize pool. This is the second World Showdown of Esports tournament for Dota 2 and one of the few LAN events in North America this Dota season.

The format of WSOE is different from many other Dota 2 tournaments. The start of it is nothing new; four teams randomly seeded into a double elimination bracket is something we’ve seen at Dota events previously. The winner of the bracket, however, will face off against the winners of WSOE 1, Team Serenity, in a best-of-five Championship Match.

The upper bracket quarterfinals will take place on April 12. They will only available to view on as VoDs only YouTube and Twitch as VoDS after they are completed.

On an episode of “The Richard Lewis Show” just after the first WSOE Dota event, Lewis talked about the style of the event, comparing it to that of an MMA event with the tournament winner holding the championship belt until defeated. Lewis also expressed hope that Team Serenity would call out a specific team that they would want to face at the next tournament. This isn’t something we’ve seen thus far.

At the time of the previous WSOE Dota event, Team Serenity was in the top percentile of all professional teams. They’d just placed 9-12th at The International 2019. However, since then the performance of Serenity has been less impressive. They’ve participated primarily in small, Chinese-only tournaments. Team Serenity have been unable to advance farther than Open Qualifiers for Dota 2 Pro Circuit (DPC) events.

WSOE 6 will feature four challenges called “bounties.” Each one will earn the team that completes them an extra $2,000. The challenges include Most Kills, Most Assists and Most GPM, each in single games, as well as the most viewed Twitch clip.

On the second day, WSOE will also have “Fight Card Showmatches” featuring Evil Geniuses players Sumail “SumaiL” Hassan and Artour “Arteezy” Babaev although it has yet to be announced what this will entail.

Hosting the event is renowned CS:GO host Richard Lewis. This will be the second time he has hosted a Dota event, the first being WSOE 1. This does not mean Richard Lewis is a newcomer to the esports scene by any means though. He’s an experienced journalist as well as the Talent Manager for ESP Gaming, the organizer of WSOE. Joining Lewis at WSOE 6 are fairly-new-to-the-Dota scene talent such as Gabriella “LeTigress” Devia-Allen and Aaron “Humanist” Allen as well as returning talent Michelle “Moxxi“ Song. WSOE will also feature professional players SumaiL and Kanishka ‘Sam’ “BuLba” Sosale as part of the talent panel.

With the bounties, the Fight Card Showmatches, and with what the organizers learned from their first Dota event, the World Showdown of Esports is sure to be entertaining.

Dota 2
Share
Cameron Bloom
Cameron is a big fan of Dota 2 and the surrounding community. He's been creating content in the scene for a number of years for Daily Esports, Beyond the Summit and the NADCL.
Follow me