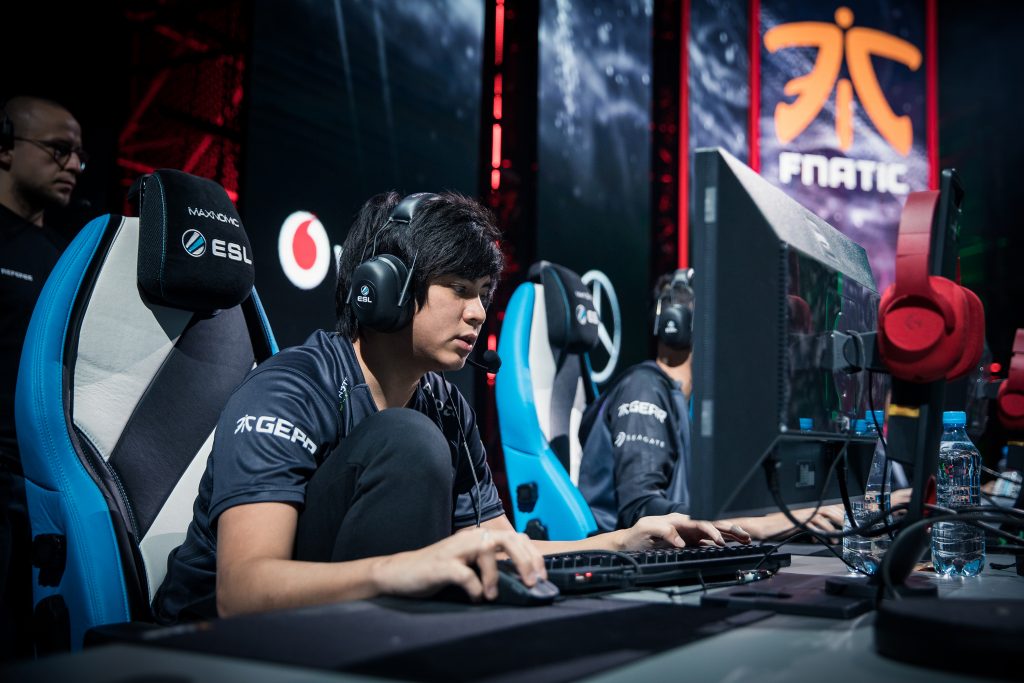 Fnatic beat TNC in the Upper Bracket Finals, making them the first team to qualify to the Chongqing Major (Photo courtesy of Helena Kristiansson | ESL)

The Chongqing Major Regional Qualifiers kicked off on November 25 and already six teams have earned their invitations to the tournament. The Southeast East Asia (SEA), CIS and South America (SA) regions all ran qualifiers from November 25-27. Each of these regions has two spots at the Major. Competing in each region were four directly invited teams and four teams who qualified for the Regionals through Open Qualifiers.

Fnatic and TNC Predator secured their spots at the Major in two 2-1 series. Fnatic beat TNC in the Upper Bracket Finals, making them the first team to qualify to the Chongqing Major.

TNC headed to the Lower Bracket Finals where they met Mineski. The first game was over an hour long and went to Mineski, but TNC took the last two games in the series to win 2-1.

The region competed under the shadow of the recent issues involving Carlo “Kuku” Palad. See “Dota 2: A Community Divided” and “The Damaging Effect of Racism in the Dota 2 Community” for a full description and analysis of that situation.

Whether Kuku will be allowed to play at the Major is unknown at this time. He, manager Paulo Sy, and the TNC organization have all re-issued apologies and statements of the punishments levied against them. Valve’s remained silent on the issue other than an initial statement against racism.

After some surprising twists and turns, NoPangolier and Virtus.pro will represent the CIS region at the Chongqing Major.

The CIS region had some difficulties on day one. Open Qualifier Se7en eSports met region favorite Virtus.pro in round one of the group stage. Virtus.pro dispatched them in a quick 2-0 series. The first game finished in only 18 minutes and 9 seconds.

After the series completed, Se7en promptly forfeit the rest of their matches, giving a bye to NoPangolier in Round Three of the Group Stage. This sent NoPangolier to a deciding match versus Team Spirit, which NoPangolier won 2-0.

Meanwhile, in Group B, Natus Vincere had internet difficulties that prevented them from showing up in time for the third match in their Round Two series versus Gambit Esports. Natus Vincere had to forfeit the series, sending them to the deciding match the next day versus Team Empire Hope, which Natus Vincere lost 0-2.

The playoff brackets took a surprising turn when NoPangolier beat Virtus.pro in the Upper Bracket Finals, sending the unsponsored team to their first Major. VIrtus.pro faced Gambit Esports in the Lower Bracket Finals for the last CIS spot. Though Gambit qualified for the first Major, they were unable to overcome the region’s darling. Virtus.pro won the series 2-0, sending them to their second Major this year.

However, South America had its very own issues during the Regional Qualifiers.

Playmakers have been disqualified for concealing the identity of their stand-in. They claimed their sub in the first game played against Infamous Young was Mogur despite that fact that he was playing in the middle of a WESG match.#dota2 #dotasltv #ChongqingMajor #CQMajor pic.twitter.com/PgngN9agAh

Direct Invitee Playmakers was disqualified after they misidentified a stand-in during their Round Four Group Stage series versus Infamous. Young. Abraham “Kingteka” Canez allegedly refused to play due to personal reasons, and the team was left to find a stand-in at the last minute. They forfeited the first game due to inability to find a stand-in, won the second game, and then were disqualified when the stand-in issue was uncovered.

There’s been some pushback in the community regarding that status of the two qualified SA teams as there is only one SA player on test 123 and allegedly the paiN Gaming squad have been living out of the region. The complaint primarily seems to stem from other teams being given conflicting instructions that prevented them from playing in the region.