Too Many Cooks: The Future of Six-Man CS:GO Rosters 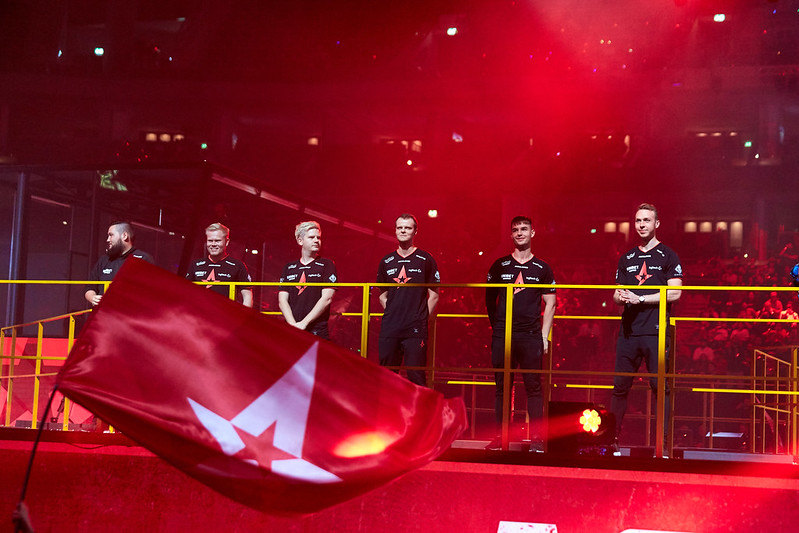 As most TO's do not allow Academy teams, organizations are choosing to sign more than five players. (Photo courtesy StarLadder)

Recent moves have the entire CS:GO scene discussing the logistics, reasoning and expectations for the future when it comes to assembling ‘mega rosters’ with more than the traditional five players.

Beyond alleviating an intense schedule, possible visa concerns and overall burnout, having multiple players signed to a roster is not a new idea but it is the first time various organizations have committed to the concept.

Astralis has made a monumental signing by adding AWPer Jakob “JUGi” Hansen as the seventh player for its CS:GO roster. Sixth man Patrick “es3tag” Hansen will join the team after his contract expires on 1st July and Astralis look set to shake up the scene by swapping around their snipers and even in-game leadership with the goal of “two players per role” going forward.

I don't know if it will work but it's really interesting on paper. Changing for strategic purposes or depending on how players feel makes a lot of sense imo.

I was told that Magisk was training as IGL recently, so many setups are possible in the future even without gla1ve. https://t.co/ry38QeSXCz

Astralis aren’t the only team expanding. Popular Finnish squad ENCE have added 18-year-old Elias “Jamppi” Olkkonen who rose to prominence after an old VAC ban was found on an account and his subsequent lawsuit against Counter-Strike publisher and developer Valve. While Jamppi cannot play Majors, he is free to compete in other non-Major tournaments and qualifiers.

An academy by any other name

In a statement given at the end of 2019 called “Keeping Things Competitive” by Valve, academy teams were essentially prohibited for top teams. The ESL One Road to Rio Major rulebook clearly states that “each organization and its legal entity can only acquire one license per tournament (including its qualifiers)” which prevents any organisation fielding more than a single squad in the event cycle.

Only a handful of organizations had academy teams in the past, such as Fnatic and North, but they were relative successes. Numerous players from these academies went on to become part of main rosters or develop as rising talent elsewhere in recent years.

Maikil “Golden” Selim has led Fnatic to success and helped re-establish the team as one of the best in the world while North Academy alumni Frederik “acoR” Gyldstrand and Johannes “b0RUP” Borup are rising Danish talents for MAD Lions and Heroic respectively.

As organisations can no longer hold onto talent via an academy, signing players directly to the organisation can allow the talent time to learn and develop but potentially getting less exposure in matches which could limit their prospects if things don’t work out.

While every team has different set-ups, styles of play and strategies, there is a level of familiarity and understanding between top teams of what to expect from each other. With coaches and in-game leaders reviewing demos, anti-stratting and getting familiar with regional teams via scrims, a sixth man adds unpredictability to any lineup. The impact of a new player could dramatically shake up how a team plays when they are present.

If the rumored changes to BLAST go forward and allow mid-match changes, this could change the way matches are played in the future entirely as players with stronger and weaker maps could be subbed in to give their team an edge.

Most recently in ESL’s Road to Rio Europe, North had to use coach Jimmy “Jumpy” Berndtsson in place of Markus “Kjaerbye” Kjærbye due to him being too unwell to play for the remaining series’.

As a result of this, North will incur a points penalty for having to use a substitute as stated in a Valve blog post from April 2nd that was later quietly updated on April 17th to reflect this punishment.

Not only did North have to play with the disadvantage of a missing player and his replacement being a Swedish coach in an otherwise all-Danish lineup, previous roster changes before the Road to Rio format was announced saw them already docked 40% of points acquired via the team’s performance at the StarLadder Berlin Major 2019.

A team can have an unlimited number of eligible players under their organization but for Major tournaments, a full roster of five players and an optional coach are submitted with the coach being the only available substitute player that can be utilized throughout.

However, under section 2.12 titled Player Changes in the ESL Road to Rio rulebook, it is suggested that every ESL One Road to Rio 2020 team has substitutes added in the roster to compensate for any player losses during an event.

While Majors are particularly strict and have had issues regarding roster moves, coach spots and stand-ins in the past, other tournaments could see players beyond a starting five play a crucial role in preventing coaches from having to step into the server in place of a star.

It is well-known that CS:GO is not an esport title to be entered for money. Salaries are high and the returns are low which means even signing the necessary five players is costly.

Astralis having multiple players under contract that it theoretically doesn’t have to field raises questions about salaries and expectations for those not part of the ‘original’ five. If es3tag or JUGi under perform, there is no benefit to them ever being fielded other than in emergencies and could impact payment if they are on the bench but still asked to play on occasion.

Smaller teams may struggle to find organisations or even a coach and any possible signing is far more likely with a five-man roster over six, seven or eight players expecting equal pay. This gives an even further edge to the top organisations already in the scene or those with deep pockets rather than favoring talented lineups.

I tried to help Orgless find an organization and talked to multiple orgs with low salary asks and each org wants either tier 1 EU players or because of corona atm they are not willing to invest because their investors are impacted by the pandemic.

Bigger organizations could sign players and keep them on as content creators rather than professionals for the team while utilizing them as stand-ins which leaves the process open to potential manipulation.

Will we see more organisations invest deeper into CS:GO teams and expand out their rosters?

The success or failure of the Astralis and ENCE projects with their expanded rosters will likely determine whether other top organisations also recruit more players than they can field per match.

It is unlikely that the CS:GO Major cycle will allow for players to swap in and out of a roster at will but a roster of six, seven or more players could be a logical step forward as the CS:GO calendar gets more and more grueling when LAN events return.