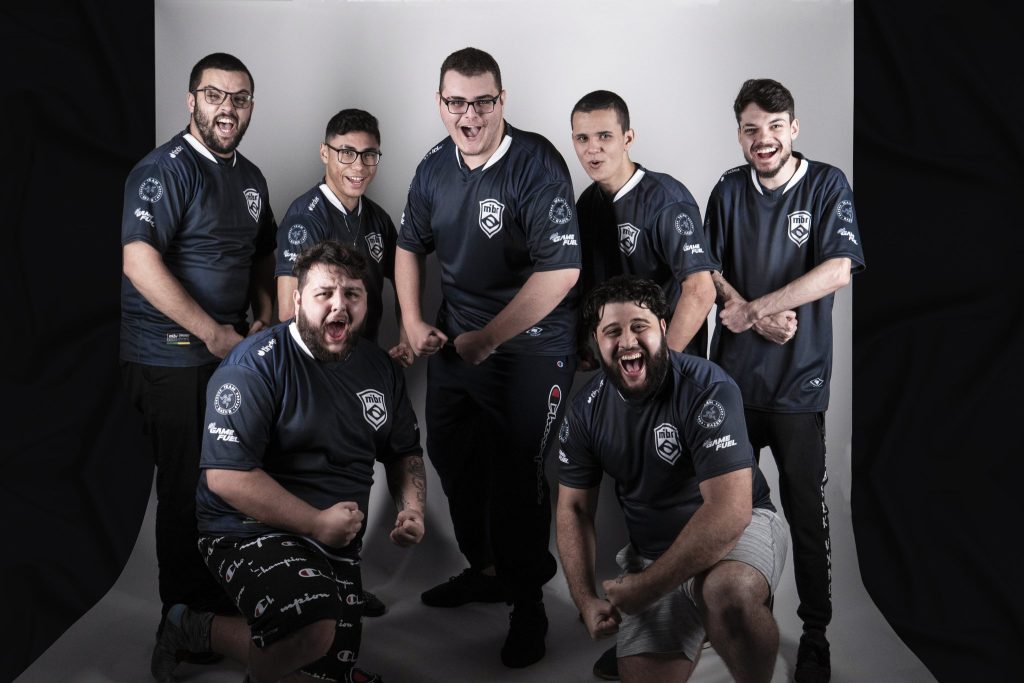 MIBR is one of sixteen teams competing at the Six Major Raleigh, August 12-18. (Image via MIBR)

The Six Major Raleigh is right around the corner, marking this year’s second Major. Sixteen Rainbow Six Siege teams from all over the world have fought hard to get to Raleigh and will continue to fight hard to become Major champions. The Major begins August 12 and runs through August 18. Teams are competing for a US$500,000 prize pool.

The Six Major Raleigh Group Stages kicks off on Monday, finishing at the end of Wednesday. There are four groups, each with four teams in each. Each group has been seeded in advance. The group stage system uses a double-elimination bracket. Teams need to win two games to advance out of the groups. This stage of the event will be livestreamed on official Rainbow Six and ESL channels.

On Thursday, teams will have a small break to prepare themselves for the on-stage playoffs. On Friday, the playoffs will begin with quarterfinals being seeded from group stage seedings. From there the tournament will progress until a champion of the Major is crowned on Sunday.

Team Empire is the reigning Pro League champion and was the runner-up at the Six Invitational 2019. Team Empire is the go-to favorite for leaving Group A.  As for PET Nora Rengo, they too have a good history of showing up at international events and giving good challenges to their opponents. They should have the experience to make it to second place, despite losing Yudai “Wokka” Ichise.

However, TSM has proven to be unpredictable as of late. Their recent history in Season 10 of NA Pro League has been dire, having won only one match. Despite this, they have won seven out of eight best-of-three series. This is a team that can play the long game and may prove upset to Team Empire or a weakened Nora Rengo.

Finally, the freshly rebranded MIBR squad may have found new confidence in having one of the best Brazilian brands behind them. They have recently struggled to escape the group stages at international events in 2019. In addition, they have fallen from second place in Season 9 to seventh place in Season 10 of the Pro League. It’s likely they’ll bow out in last place given current trends.

The current world champions and returning Six Major champions, G2 Esports, are featured in this group. G2 Esports has had a rocky online presence in 2019, struggling to enter the top two teams in Europe. However, their presence at LAN is never to be trifled with. Entering the Six Invitational 2019, their storyline then is the same as now: not performing online but are the returning champion. They managed to fix their issues then, they should be able to do the same now.

As for second place, this one is harder to determine. Online, Rogue are the kings of drawing against teams. Their results at LAN changes with the need for a winner in each map and the series becoming best-of-three. At DreamHack Valencia, they won the entire thing, with 5/12 of their maps played won in overtime. Rogue has proven they have what it takes to win maps at LAN.

However, Team Secret is their opening opponent. Team Secret had a poor Season 9, Pro League, getting relegated by Team Vitality. With such a crushing defeat, their next appearance was at Allied Vegas Minor back in June. Most people wrote this team off given the context of their recent results. Although, Team Secret went on an almost perfect tournament, only losing one map the entire tournament. Although, this team has been out of action for months. They have only recently competed in the ESL UK Premiership which leaves them as an enigma right now.

Can the enigmatic Team Secret roster pull off another great run or will Rogue’s composure win the long haul? This series will likely placate the future of these teams in the tournament so it’s easily one to watch.

Finally, Cyclops is the newest APAC team to enter an international event. Not much is known about these teams worldwide and this will likely be a great experience to learn from the very best. They too will most likely exit in fourth place.

Group C is one of two groups of death in this tournament. Evil Geniuses, Giants Gaming and Ninjas in Pyjamas are on top of their game as of recent.

Giants Gaming (previously LeStream and LFO) are EU’s number-two team right now and have attended the finals of both Allied Vegas Minor and DreamHack Valencia. This team only looks to be getting stronger, and they may now finally have the strength they need to push for a grand final victory.

Meanwhile, Evil Geniuses made it to the final of the Season 9 finals, finishing second after choking out to Team Empire. This team made it to fourth place at the Six Major Paris event. This North American  roster knows what exactly they need to do to make a deep run in the tournament and they will need to perform well here to remind the world whey they are consistently one of the best in the world.

Ninjas in Pyjamas is a team you can always count on making it to a Major. In recent months, they have found their footing and dominate the top of LATAM Pro League and won the LATAM online qualifier for the major. NiP is on an upward trajectory after having a poor first half of the year. Any of these titans meeting early is destined to be a great show.

Lastly in this group is SSG. SSG is a respected team in North America, constantly challenging the top teams. Like Rogue, they tend to draw in a bo1. This is a great opportunity to see if they can push clean wins against top teams worldwide. However, it would seem likely they finish fourth given the teams surrounding them.

Group D is a battle of 2019’s most consistent regional teams. Fnatic, FaZe Clan and DarkZero esports have constantly been in the top two in their respective regions this year.

DarkZero has had a great rise in 2019, picking up the old SK Gaming roster and improving it ever since. Meanwhile, Fnatic and FaZe are consistently strong. Both teams have a good record internationally and will not go down to easily. For these three R6 giants, it feels like who is better on the day will take the series and make it out of the groups

As for forZe, they are a new Russian team that upset their way through the online qualifiers. Them winning the EU qualifiers is a great sign they have the potential to do well this tournament. However, given the group they are in it seems difficult for them to advance. Although, they do have what it takes to enter the playoffs, so they are a team to follow throughout. They may even play upset the same way APAC team played upset in 2018.

Tune in to the Six Major Raleigh on Monday, August 12. You can follow all the action at Twitch and, for group stages only, on a secondary channel.