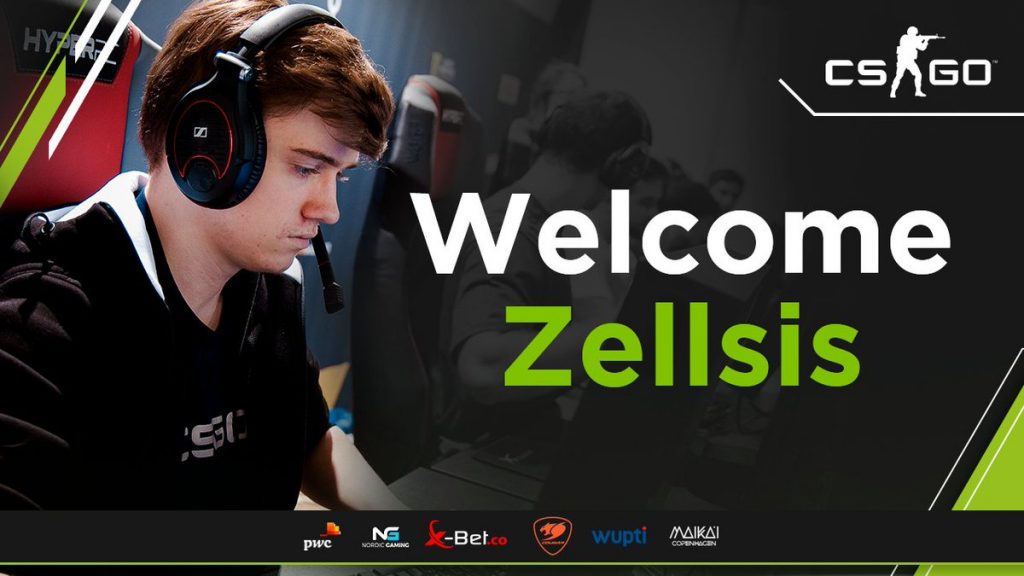 Zellsis will occupy the roster slot left by wrath, who had parted ways with Singularity in late-October (Image via Team Singularity)

We would like to officially welcome @Zellsis as he is now part of our CS:GO roster!

The 21-year old American rifler will occupy the roster slot left by Collin “wrath” McSweegan, who had parted ways with Singularity in late-October. Zellsis won’t join Singularity as a complete stranger, though; the Danish organization had fielded him in several online matches including the Mustache Masters.

“I am excited to welcome Zellsis to the squad and believe he will be the perfect piece we need to help us continue growing and making progression, as I have worked with him in the past and know what kind of teammate he is and what he has to offer in the server.”

With Swole Patrol attending the ESL Pro League Season 10 Americas group stage, Singularity was unable to utilize Zellsis at the time. Singularity were invited into the second round after Complexity withdrew but unfortunately bowed out in Group A against ATK. On the upside, their performance will guarantee them a league slot next season with Zellsis.

Regarding his latest signing, Zellsis said:

“I’m very excited to be joining Singularity! After playing with the team in Winners League and other things, I am glad to be able to work with this group of guys for the future. I have known these players for a long time and being able to be on the same side of the server all together will be a great experience.”

As for Swole Patrol, the team has been undergoing some serious renovations. Both Yassine “Subroza”‘ Taoufik and Jaccob “yay” Whiteaker would announce their departure alongside Zellsis following a mediocre campaign at EPL.

Per Dust2.us, Singularity was supposedly slated to compete at Fragadelphia 14 next month but will opt out in favor of the IEM Katowice 2020 qualifiers.

With the addition of Zellsis, Singularity is now: