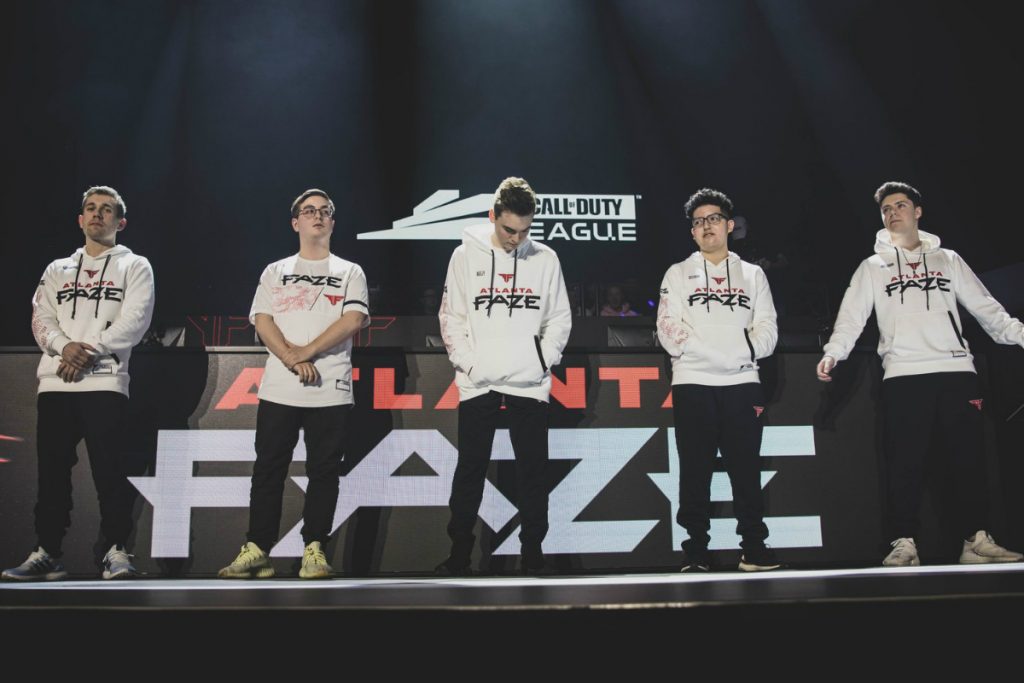 The young guns of Atlanta are confident and poised to stay at the top. (Photo courtesy of Kyle Miller)

At the average age of roughly 20-years-old, the Atlanta FaZe are the youngest team in the league. That hasn’t stopped them from dominating early in the season, though. They currently find themselves with a championship victory in front of the Atlanta home crowd and a place atop the standings alongside the Chicago Huntsmen after the first three events (and opening weekend) of the inaugural season of the Call of Duty League.

THE BOYS HAVE DEFENDED HOME TURF!

Atlanta’s players have already proved themselves onstage despite being so young and Hotspawn talked with Chris “Simp” Lehr during the Los Angeles event about FaZe’s confidence, talent and team chemistry that started long before the league had begun.

One of the biggest strengths of the Atlanta FaZe is their confident, controlled aggression when they play. When asked about how they play with that type of confidence, Simp responded with praise for his team. “We have five talented players that understand what we have to do to win each map and match,” he said. “It makes it easier to play with that [confidence] when we all understand what we need to do.”

I really hope the MVP is having a great day today 💯 pic.twitter.com/gcnECbcS4w

It’s true, the Atlanta FaZe have an extremely talented roster filled with some of the best players in the world including Simp’s 2019 CWL World Championship MVP honors and McArthur “Cellium” Jovel claiming the MVP award from the CDL Atlanta weekend.

The MVP said he feels grateful to be on a talented team with strong teammates. “Even in like our first match today [against Florida], I struggled early,” he continued. “But when you have a talented team like we do, it helps to relieve some of that pressure when I do have those types of off games.”

Even when they do struggle in matches (which is rare), the Atlanta FaZe never seem to lose the confidence that allows them to be dynamic in matches. The FaZe players mindsets are even if they’re nervous, they don’t let their opponents know. “Even if there are any doubts, we don’t show it. We all know what we need to do as a team and what we need to accomplish to succeed. Even if we do have those doubts, if we still play with our same confidence, it can continue to help us out in our matches.” 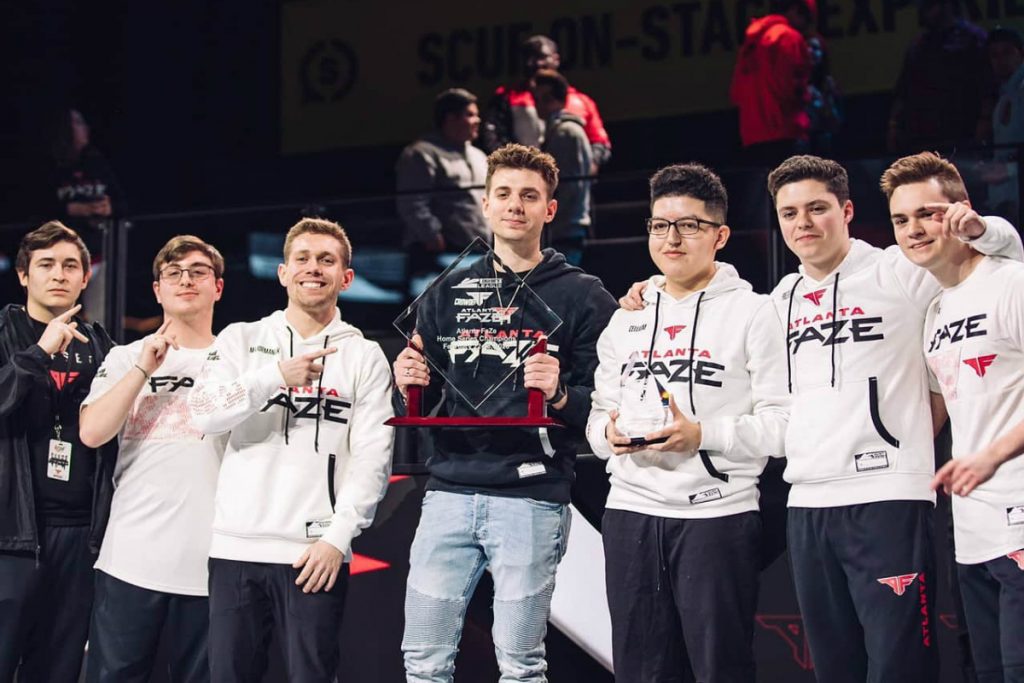 The Atlanta FaZe were the first (and only) team to take home the championship in their own home event. (Photo courtesy of Atlanta FaZe)

Confidence isn’t the only attribute of the FaZe that helps elevate them to the top of the pack. They rock some of the strongest team chemistry in the league which had been building long before the Call of Duty League—and Atlanta FaZe—were formed. “We are all close friends,” Simp said, “even before all of this, we were friends. MajorManiak is my best friend and with Cellium and the others, we always have been friends.” People can relate to playing Call of Duty with some of their closest friends and that environment helps to cultivate confidence within each other and tends to make the entire experience more enjoyable. For the Atlanta FaZe, this group of friends just happen to be one of the strongest units at the highest level of play.

“We also all sort of moved up in the professional scene together,” Simp continued, “We all sort of started out in SnD together and stuff like that.” This is a major factor contributing to the team’s chemistry, they have grown that understanding and confidence in each other before even becoming pros. From the amateur days of Simp and MajorManiak’s time together playing Black-Ops III and Black-Ops 4 to teaming with Cellium in Infinite Warfare, World War 2 and Black-Ops 4, the identity of the Atlanta Faze was slowly being built overtime and the makings of a superstar team was in full swing. Beyond that, Simp and Tyler “aBeZy” Pharris took the Call of Duty World League by storm and helped lead eUnited to a CWL World Championship right before the CDL was formed—a possible primer for the success Atlanta would have going forward.

Simp showed maturity for a young superstar at the top of their game with some of the best players beside him when asked about the Atlanta FaZe keeping up their dominance as the season progresses. “I think we will continue to have a great season,” he said, “Nothing is guaranteed of course, but when you have a strong team like ours and with the chemistry we have, I think that will help us for the rest of the season.”

Like Simp said, nothing really is guaranteed and the Atlanta FaZe were dealt their first loss against the Minnesota RØKKR during the semifinals of the CDL Los Angeles weekend in a close 3-2 match featuring some of the best Call of Duty League play to date. With everything Simp talked about, the FaZe have no reason to be worried, though. The confidence alongside the chemistry is there and the strong bond of friendship should help to alleviate some of the disappointment as Atlanta looks to bounce back from their first defeat.

The squad will be back in action on April 4th in Chicago, see you then. #EZAF pic.twitter.com/OeSIjza5sE

It’s been years in the making for Atlanta. From friends hoping to go pro, to cultivating some of the best talent the professional scene has ever seen, Atlanta FaZe’s young guns lead the pack for those looking to carve their own names alongside some of the most iconic figures in professional Call of Duty history.