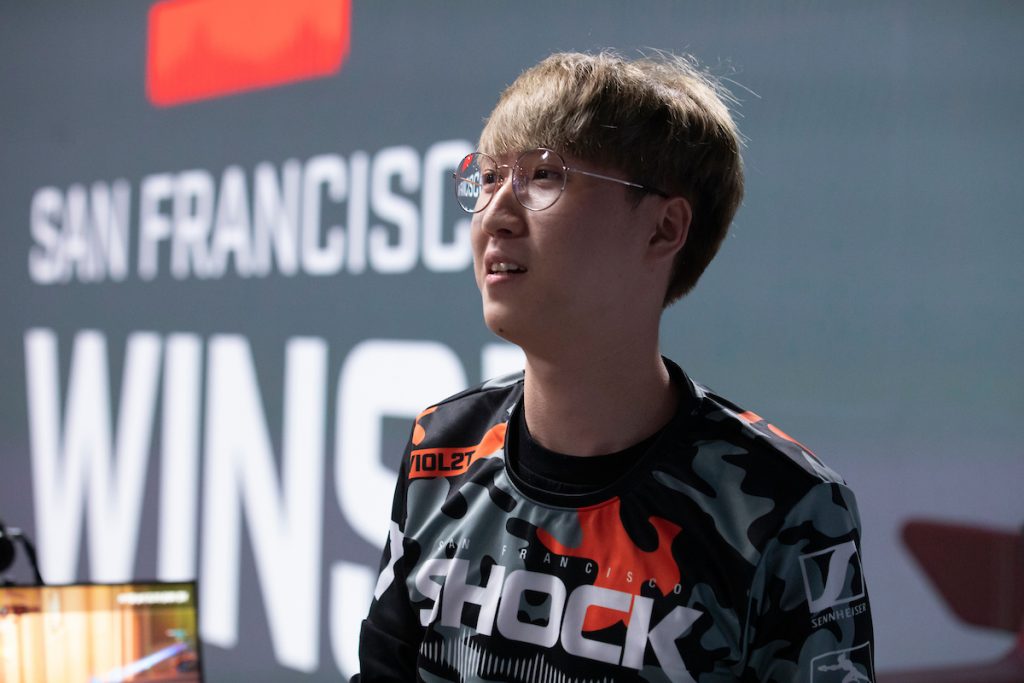 Park “Viol2t” Min-ki was suspended and fined by the San Francisco Shock on Monday, after the player engaged in inappropriate behavior in-game on the Overwatch competitive ladder. As a result of his suspension, Viol2t will not be playing in the Shock’s upcoming match against the Houston Outlaws on Saturday, August 1st.

The disciplinary arises from multiple incidents of bad behavior from the Shock support star. On July 10th, Viol2t received a significant amount of backlash online after Cloud 9 streamer and Apex Legends player Jamison “PVPX” Moore posted a clip of Viol2t telling his team to “go die, go kill yourself” in an Overwatch Master/Grand Master game. Although this behavior is not as rare as one would hope on the Overwatch ladder, a professional player should certainly have higher standards of conduct than telling another player to kill themselves.

THIS IS NOT OKAY pic.twitter.com/nIHpuIT4Ce

This first incident initially went unaddressed, at least publicly, by the SF Shock. However, after another incident on Monday, in which Viol2t harassed another player, including calling the other player a number of obscene and ableist slurs, the Shock were forced to respond. As a professional player representing the Shock and the Overwatch League, Viol2t’s behavior was clearly inappropriate and demanded action.

“Today we were made aware of an incident involving Viol2t’s in game behavior,” stated the Shock’s General Manager, Chris Chung, in a statement on the Shock’s official Discord server. “Viol2t’s actions were not in line with what we expect of our staff and players in or out of game. The organization and Viol2t would like to extend an apology for this situation. We have discussed the severity of these actions with Viol2t and will be taking the following actions to ensure that this behavior does not continue. Violet will be receiving a fine from The San Francisco Shock. We will be suspending Viol2t for the upcoming match against the Houston Outlaws.”

Viol2t’s incidents on the competitive ladder are not the first time that Shock players have dealt with accusations of toxic behavior online. Most notably, former Shock DPS and 2019 OWL MVP Jay “Sinatraa” Won was known for his toxic actions both in game and out of game. However, the disciplinary action against Viol2t appears to be the first time the Shock have publicly punished one of their players for toxic behavior in a public match.

The Overwatch League itself has not taken action against Viol2t, at least not yet. It would not be surprising if they do end up fining the player, since his behavior is a pretty clear violation of the OWL anti-harassment rules found in section 6 the Overwatch League Code of Conduct.

The suspension is unlikely to make a big impact on the Shock’s ability to win their match against the Outlaws on Saturday. Viol2t will most likely be replaced by Grant “Moth” Espe. In the latest meta, the Shock have favored playing Jooseok “Twilight” Lee along with Viol2t for their support core.  However, Moth is one of the best supports in Overwatch and should have no issues taking over.