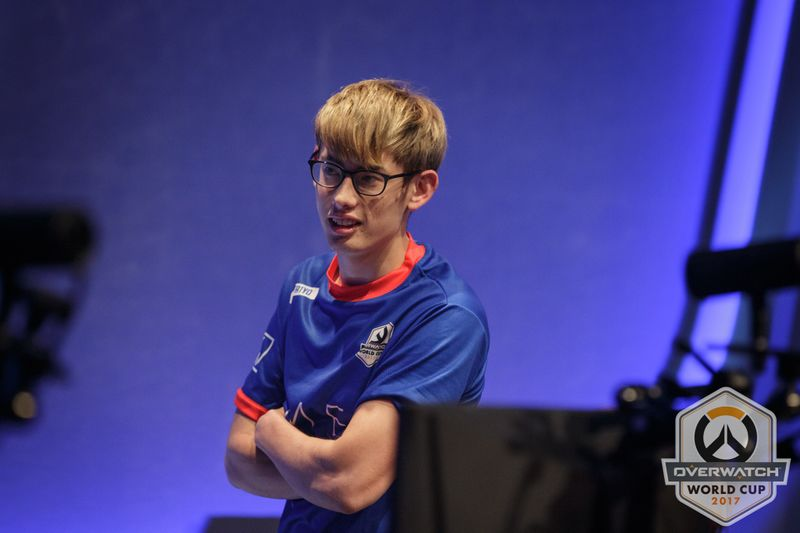 Ta1yo is a prolific and flexible DPS player in the Tier 2 Pacific Contenders scene and was most recently competing for the NA Contenders team Third Impact. (Photo courtesy Robert Paul - Blizzard)

The San Francisco Shock announced on Tuesday that they have signed Japanese DPS player Sean Taiyo “ta1yo” Henderson. Ta1yo is known for his high level hitscan play with heroes such as Ashe and also brings significant expertise on dive heroes, including both Genji and Tracer. Playing with the Shock will be Ta1yo’s first experience competing in the Overwatch League.

Our team wasn't quite stacked enough… 😉

Before being picked up by the Shock, Ta1yo was most recently playing for North American Contenders team Third Impact. However, Third Impact suddenly shut down last week, releasing all of their players and coaches from their contracts, leaving Ta1yo a free agent. While many of the former TI players and coaches have indicated they intend to stay together and compete under a new name, all of them are currently available for signing.

We are no longer under contract with @ThirdImpactGG. All players and coaches are free agents. We will be competing in the rest of the Contenders season under a new name that will be announced soon.

Ta1yo has been competing in Tier 2 professional Overwatch competition since 2017. He has primarily played with Japanese teams like Cyclops Athlete Gaming, the now disbanded HarmoniX Gaming Overwatch team, and JUPITER. While competing in Japan and the Pacific region, he helped lead his teams to numerous minor tournament victories and has secured second place in two Contenders Majors since 2018.

In addition to his experience in Tier 2 Overwatch, Ta1yo also participated in the Overwatch World Cup for the Japanese team in 2017, 2018, and 2019. Unfortunately, the Japanese team was eliminated in qualification all three years.

Ta1yo’s acquisition follows on the heels of a disappointing Shock performance in the Summer Showdown a couple of weeks ago. Despite coming into the tournament as the overwhelming favorite, the Shock floundered and lost in semifinals against the Paris Eternal. A key difference between the two teams was that the Shock did not field a world class Genji, whereas the Eternal did field a top tier Genji player in Yeong-han “SP9RK1E” Kim.

This past weekend, the Shock experimented with their Main Tank Mattew “Super” DeLisi playing the Genji role against the Boston Uprising. Super performed surprisingly well, especially for a non-DPS player, however it would likely make more sense for Ta1yo take over that position considering his much more significant experience with dive DPS heroes.

After easily sweeping the Uprising this past weekend, the Shock will continue their Countdown Cup qualification matches on Friday, Jul 24th against the Florida Mayhem followed by a series on Saturday, July 25th against the Vancouver Titans.