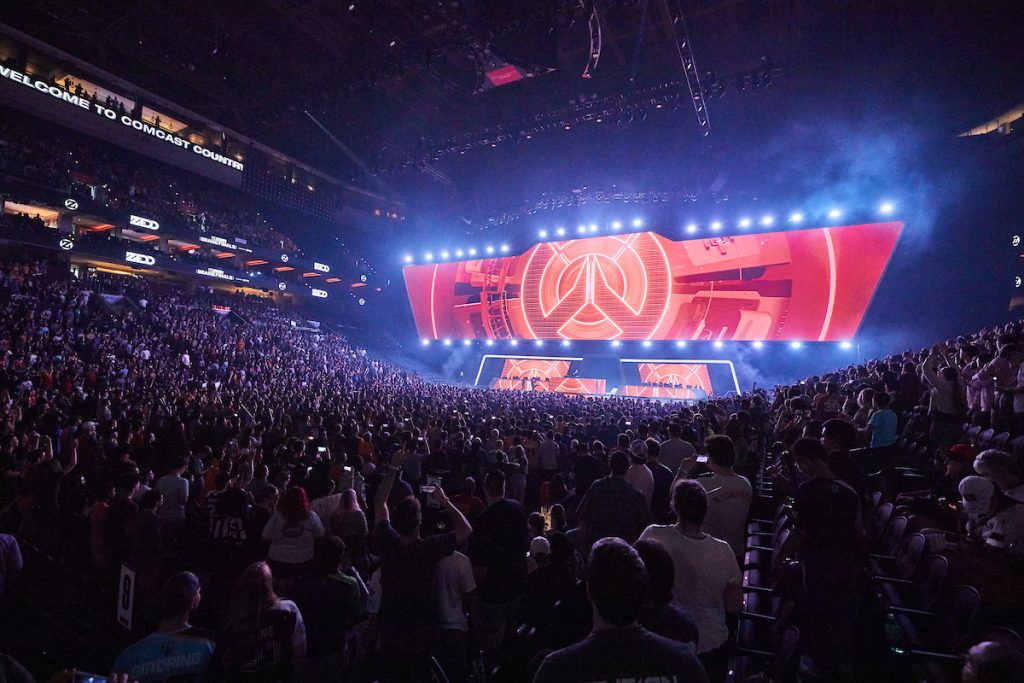 After 33 weeks of competition, multiple format changes, and over 460 matches played across two continents, the Overwatch League will cap off the 2020 season with the Grand Finals weekend event, which kicked off on Thursday. Over the next few days, the top two teams in the NA and APAC divisions will compete in a double-elimination tournament bracket to decide the OWL 2020 Season Champion. The Grand Finals event also features a prize pool of over $3 million, with $1.5 million going to first place. 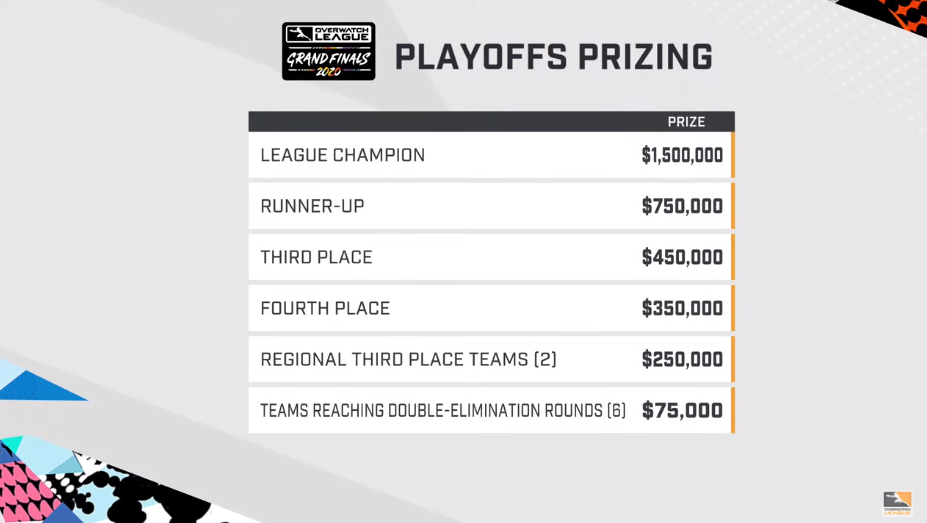 The Overwatch League kicked off their Grand Finals event on Thursday with a match between San Francisco Shock and Seoul Dynasty, as well as a series between Shanghai Dragons and Philadelphia Fusion. The two matches were the first occasion in 2020 where APAC teams played against NA teams in official competition. Although the top-seeded team from each region ended up advancing, it was the Dragons from the APAC region who left a stronger impression by putting on an absolutely incredible performance against Fusion. The Shock, on the other hand, struggled to defeat Seoul in a five map series and only barely advanced.

In regards to the meta, all four teams showed a preference for Roadhog/Sigma and Roadhog/Hammond tanklines. DPS wise, teams have continued to rely heavily on dual sniper and Tracer/Ashe setups to get the job done. The most popular support hero pick thus far has been Mercy, followed by Zenyatta and Ana. Although Winston Dive compositions were very popular in the lead up to the Grand Finals, that composition was a rare sight on Thursday.

San Francisco Shock narrowly avoided a reverse sweep on Thursday, defeating Dynasty in a very close 3-2 match. With the victory, Shock will advance to the winner’s bracket final on Friday, where they will compete against Shanghai Dragons to determine who will get the first slot in the championship match.

Shock started the series strong, rolling Seoul on the first two maps. Going into half time, Shock were sitting pretty with three match points in front of them. Their success in the early part of the match was driven primarily by Seonchang “ANS” Lee’s incredible widowmaker plays. ANS ended the match with a 30% headshot rate as Widowmaker, which is an impressive percentage, especially in an Overwatch League match. The DPS player repeatedly found essential opening eliminations throughout the first couple of maps. His presence on Widow and Ashe also helped manage the threat of Joon-yeong “Profit” Park’s extremely deadly Pharah. Although Profit still played some Pharah during the series, the threat of ANS sniping forced him off the hero on multiple occasions.

In the second half of the series, ANS went quiet while Seoul began to surge. Seoul clawed their way back into the series, backpacked by the incredible tank performances from Jae-hee “Gesture” Hong and Min-seo “Marve1” Hwang, both of whom looked fabulous throughout the series, even on maps which Seoul lost. After half-time, Dynasty came out and immediately took two maps in a row off of Shock, setting up a final definitive map on Busan. With victory in their reach, Seoul threw away their chances of winning the final map by C9ing not once, but twice. Dynasty failed to touch the objective and trigger overtime on both the first and final point of Busan, even though they had players alive and able to reach the point both times.

Although Seoul lost, they outperformed expectations by taking two maps against the highly respected Shock. Dynasty entered this weekend as the clear underdog, but their performance against San Francisco on Thursday was far more impressive than Fusion’s performance against Dragons. Based on what we saw from Seoul on Thursday and how well they have performed in this playoff meta, it is entirely possible that Dynasty will make a run through the losers bracket to the Grand Championship game.

The Dragon’s match against Fusion was not a close affair. Shanghai didn’t just sweep Philly, they crushed them without mercy in a 3-0 victory. Fusion only picked up one point during the entire series. Shanghai’s strong performance against one of NA’s best teams bodes well for their chances of winning the championship match on Saturday.

The biggest difference-maker in the match was Dragon’s discipline and strategic decision making. On the final two maps, they fully held Philly while on defense. Try as they might, Fusion couldn’t manage to find a chink in the Dragons armor on either King’s Row or Volskaya Industries.

And with that Volskaya map over, we win the match 3-0! Tomorrow we'll be taking on the Shock so don't miss it!#ShanghaiDragons #OWL2020 pic.twitter.com/aLd14pkeJs

On the two final maps, Dragons used a unique defensive strategy that split their team into two smaller groups, with a tank, healer, and a sniper on each side of the point. While Shanghai’s snipers were constantly flanking and finding kills, the Fusion sniper had no luck. Hee-su “Heesu” Jeong, try as he might, could never find angles as Widowmaker, because Dragons were extremely careful and disciplined to never peek him. This left Fusion in a frustrating situation, where they couldn’t find opening kills on the Dragons without exposing themselves. Once Fusion pushed far enough, the two groups of Dragon players converged and focused on eliminating Su-min “SADO” Kim on Roadhog. Since Shanghai was able to consistently kill Sado early on in fights, it became very difficult for Philly to win fights, since their entire strategy relied on Roadhog’s survival.

Shanghai’s defensive strategy is notable because it diverges from their historical preference of aggression. In a pregame video feature, Byung-sun “Fleta” Kim described Dragons as a spear, not a shield. However, on Thursday the team showed off their ability to be patient and defensive, demonstrating that they can play as spear or shield when needed. It will be interesting to see if they continue to employ these defensive strategies against Shock on Friday.

It is hard to tell if Fusion should be embarrassed by their performance, or if Shanghai was just that much better. One thing is for sure, Dragons came to claim that championship, and If they keep playing the way they did on Thursday it is going to be very difficult for any team to stop them.