Shadow: “We Were Just Not on the Same Page During the Game” 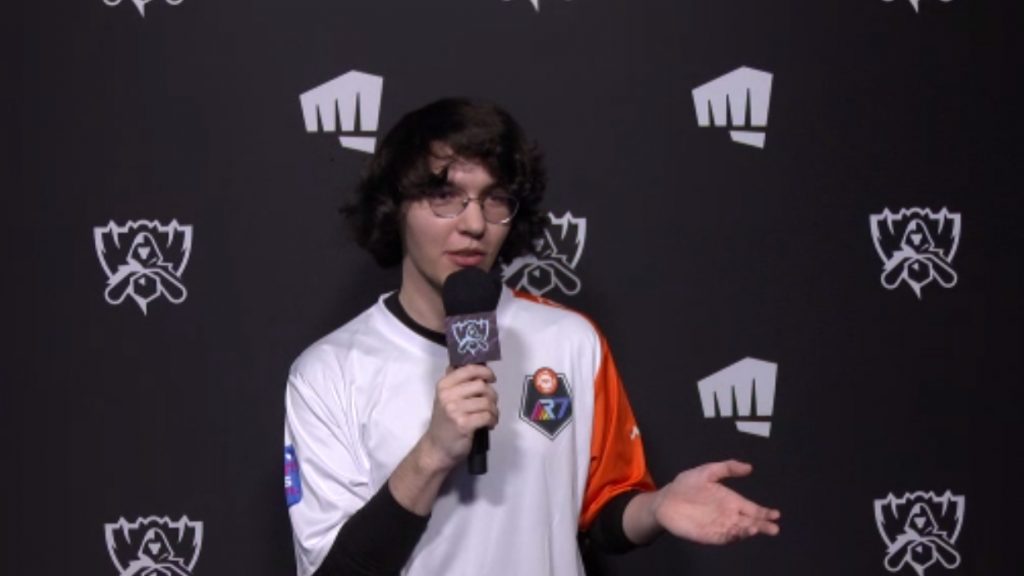 The League of Legends World Championship has finally kicked off and we’ve already been greeted by quite some bangers of series. For Rainbow7, the representatives from the LLA, the tournament did not start in great fashion, however. In their match against PCS second seed PSG Talon, Rainbow7 had almost nothing to say. Their aggressive early plays didn’t work out, and PSG Talon snowballed to a victory.

Unfazed by the loss, Rainbow7’s support player Facundo “Shadow” Cuello joined us for a post-match interview. He spoke to us about his team’s preparation for the Play-In stage and evaluated what went wrong on the opening day of Worlds.

Hotspawn: Thank you for joining us here, Shadow. Unfortunately, you lost the first game at Worlds, but I want to first talk about your preparation. How was it to prepare for the Play-Ins while in quarantine?

Shadow: We spent most of the time in quarantine playing solo queue and scrims against other teams. We actually did pretty well in our scrims, but unfortunately we weren’t able to translate that into a good performance on the stage today.

Hotspawn: Was it difficult to practice with your teammates while playing from separate hotel rooms?

Shadow: It wasn’t that hard to scrim, actually. But the post-game feedback was not the same way as we used to do it at home.

Hotspawn: From many LEC players and LCS players, we heard that playing on the Chinese solo queue was quite a different experience compared to what they’re used to. How was this for you?

Shadow: Because I mostly play on LAS, BR, and NA servers, this was a new experience for me. I was surprised by the individual plays the players made. They were being very proactive.

Hotspawn: In your practice for the Play-Ins, did you already play scrims against some of the teams you’re facing in your group?

Shadow: Yeah, we actually played against the team that we believe is the toughest opponent: LGD Gaming.

The others didn’t feel as well playing [on stage]. We think that that was the main issue.

Hotspawn: When you were evaluating PSG Talon to prepare against them, what stood out to you as something you could potentially use to emerge victorious against them?

Shadow: For PSG Talon, we mainly focused on playing the compositions we were most comfortable with. I was kind of proactive, trying to take initiative, but my team and I were not on the same page in the match. We felt a little bit off when we were playing today.

Hotspawn: What was it about playing on the stage that threw you off? The stage itself looks very flashy, did that have an influence?

Shadow: We actually didn’t feel that uncomfortable because of the stage itself. It wasn’t that flashy for us. But the main issue is that we were just not on the same page during the game. Only two of our players were actually feeling okay playing on the stage. The others didn’t feel as well playing. We think that that was the main issue.

Hotspawn: Finally, you have three other opponents to play against. Will you be able to shake off this loss easily and prepare for the other teams you’ll face?

Rainbow 7’s next match at Worlds is against V3 Esports on September 26th at 10 a.m. CEST.