Shad0w: “We Need to Develop and Become Comfortable with More Playstyles” 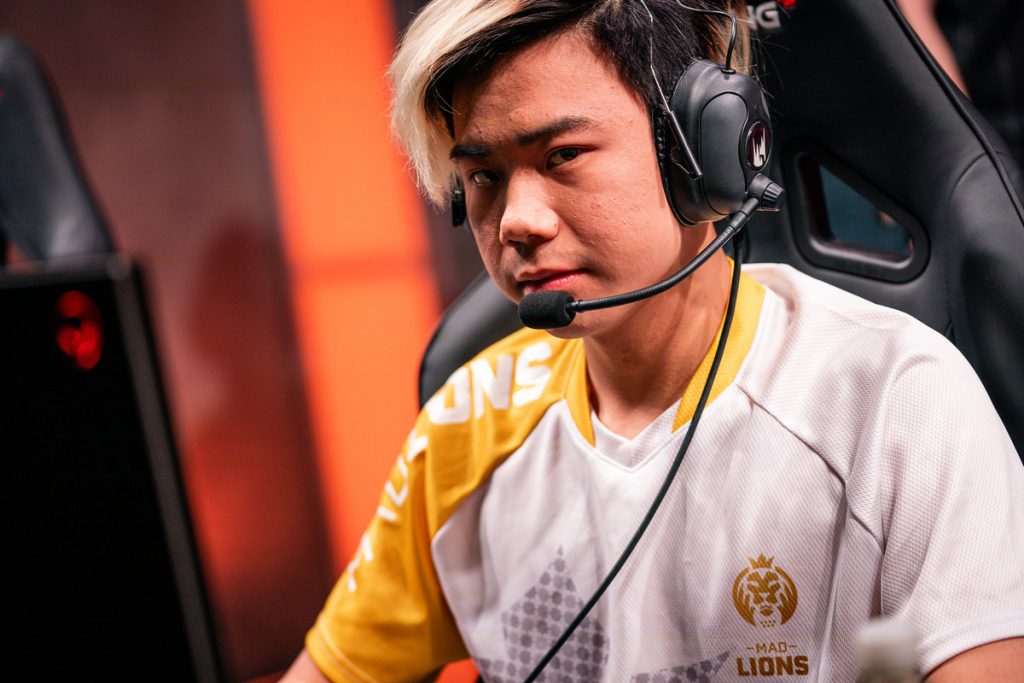 After an eight-week break, the LEC Summer Split finally kicked off this weekend, sending ten teams on the hunt for a spot at the League of Legends World Championship. The rookie squad of MAD Lions, who surprised everyone with their dominance during the Spring Split, bit the dust on the opening day with a loss to the powerhouse of G2. After the match, MAD Lions jungler Zhiqiang “Shad0w” Zhao spoke to us about the match, how MAD Lions are refining their playstyle, and what their goals are for this season.

Hotspawn: Welcome Shad0w! Unfortunately you guys start the split with a loss. Do you have any thoughts on how the match went for you guys?

Shad0w: G2 played better than we expected, actually. They made very few mistakes, and we were not able to come back from the deficit we had in the early game. G2 played very well. Usually they make some silly mistakes, you know? *laughs* At the start of the split they play differently. We didn’t have many chances to come back, and when we did get a chance we didn’t execute our plan well.

Hotspawn: It was surprising to see you guys leave Varus open for G2 to be picked, as he’s considered to be an extremely strong champion now. Can you shed light on that decision?

Shad0w: We think Varus is strong, but we don’t think he’s so strong that you need to perma ban him. We think that Kalista, if you’re not that far behind in the early game, can destroy Varus if we get a few items on her and go for a dive composition. I think we fell too far behind in the early game. When Varus gets ahead he gets very obnoxious. But again, I think that only happens when he gets really far ahead. Otherwise, he’s not as strong as other AD Carries. We hoped that we could stall for more time and win team fights there, but we failed to execute that plan and fell too far behind.

Hotspawn: You faced a different G2 than the one you faced during the Spring Split; Caps and Perkz swapped positions again. Did you guys have any special preparations to combat this different G2 lineup?

Shad0w: So far, we haven’t really scrimmed against them. We didn’t really know what to expect. But we kind of know their play style. Caps prefers to give up waves in order to help out either the bot lane or the top lane, whereas Perkz likes to farm more. Other than that, we just came into the match with the goal to give it our best and play our own style. We just prepared as if it was a match against any other team.

With only a few weeks until the @LEC returns, we need to get back in fighting shape, and that means we're gonna need a montage… 5 of them to be exact, starting with @ShadowLoL's best bits from spring.

Hotspawn: You mention the MAD Lions play style. It’s a style that has been developing over the course of this season, and I’m interested in hearing what you think defines the MAD Lions’ games.

Shad0w: I think our playstyle is similar to that of G2. We like to play fast, snowball the game, and end the game in 30 minutes. We like to showcase our mechanics by just outplaying our opponents. We are very confident in our mechanical play, and in the fact that we can outplay the enemy team. I guess we just play from there. We’re pretty aggressive, which is kind of a coinflip for us. Sometimes it works, sometimes it doesn’t. *laughs* We tend to draft more towards the early game and the mid-game, and snowball the game from that point.

Hotspawn: While you guys play well, there are obviously points where the team can improve its play style. What did you focus on during the offseason, when it comes to refining the team’s play?

Shad0w: So far, I think, we’re trying to find our routine again, since we just came off a break. We’re getting used to the office, the scrims and all that. We’re focused on getting back in form at the moment. I think we’re starting at a pretty good point, but I think we’re still a bit rusty. We’re not as good as we were in the Spring Split yet. We’re trying to find our form. I think that, when we get back on track, we’ll try to develop more playstyles too. Right now we only have one playstyle: the aggressive style that tries to snowball. We need to develop and become comfortable with more playstyles. We want to be able to play through more lanes so we can adapt and play through every lane, whether it’s the top lane, mid lane, bot lane, or even jungle. I think we need to develop in that area. We’ll be a much stronger team if we are able to improve there.

Hotspawn: Last split, MAD Lions finished third—a very impressive result given that the team consists of so many players new to the LEC. What is your expectation for this Split?

Shad0w: It can only go up, right? I think we’re a little bit worse than we were in the Spring Split, but in one or two weeks we’ll be back in shape and play on our level again. Our main goal is to make Worlds, of course. So that would mean a top four finish in this Split. But let’s say top three. And maybe we’ll win the Split, you know, if everything goes well. *laughs* I still don’t know how good the other teams are, so I can’t really know what our chances are to win.

Hotspawn: Is there anything you want to say to the fans who have been supporting you?

Ahead of the Spring Split, MAD Lions coach Mac spoke to us about his team’s exceptional performance. You can read that interview here.