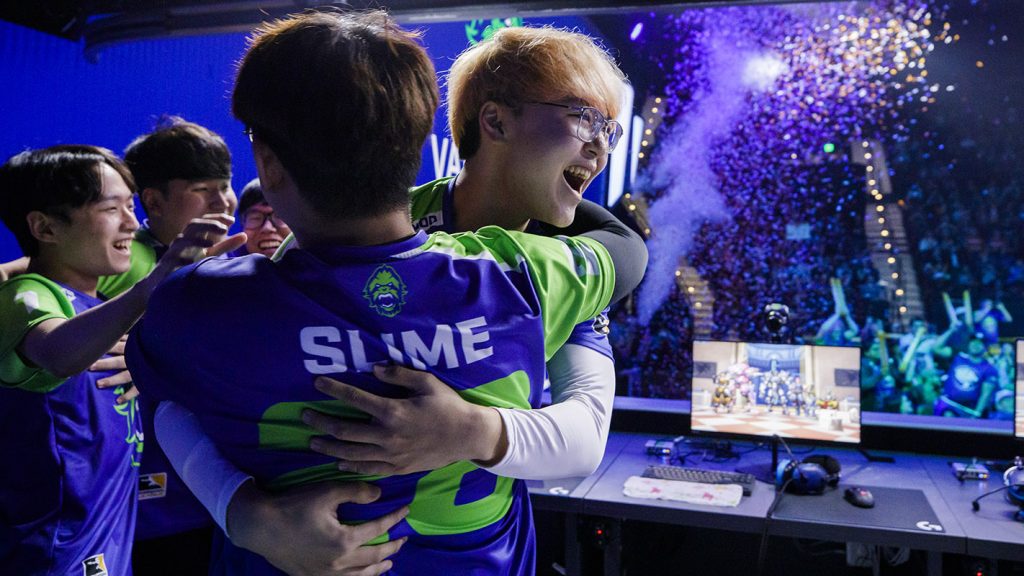 “I thought that the Seoul Dynasty is the team that is closest to my goal, winning the championship," Slime explained. (Photo via Robert Paul for Blizzard Entertainment)

The Seoul Dynasty announced that they have signed Sung-jun “SLIME” Kim to their roster. Slime formerly played for the Vancouver Titans and was part of the iconic Korean Contenders RunAway lineup. Slime is the first former Vancouver team member to sign with a new team since they parted ways with the Titan’s organization last week.

Slime is one of the strongest support players in the world. He has been part of the Overwatch competitive scene since APEX Challengers Season 5. As part of the Runaway roster, he helped them win multiple majors, which in turn led to the Titans’ signing him along with the rest of the Runaway line up in 2019. As part of the Titans, Slime helped lead his team to win the Overwatch League 2019 Stage 1 Playoffs and reach the OWL Season 2 Grand Finals, where they ended up losing to the San Francisco Shock.

Slime’s former team, the Vancouver Titans, released their entire roster last week. According to a letter from Tim Holloway to the Titans fans, the move was in part due to the challenges created by COVID-19 and the Titan organization’s failure to support their all Korean roster after they moved from Vancouver back to South Korea in response to the pandemic. The Titan’s former line up are now available and Seoul appears to be taking full advantage of that situation with this move to pick up Slime.

Seoul is currently ranked 6th out of 7 in the APAC Tournament Standings, following two disappointing losses to Hangzhou and Guangzhou in Week 13. That said, they are coming off a big win over the Shanghai Dragons in Week 14, so it will be interesting to see if they can improve their ranking in their match against the Chengdu Hunters, which will take place on Saturday at 4:00 AM EST.