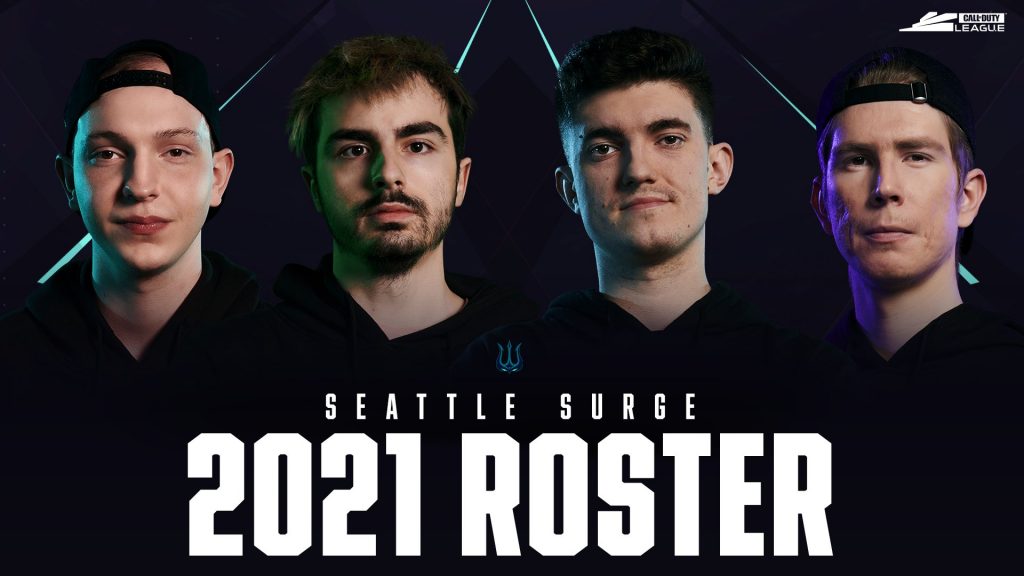 Seattle is back with a fresh roster. (Photo courtesy Seattle Surge)

The Seattle Surge has officially revealed its Call of Duty roster for the 2021 season. Preston “Prestinni” Sanderson, Daniel “Loony” Loza, and Peirce “Gunless” Hilman will join Sam “Octane” Larew on the starting lineup.

Seattle recently dropped six players from its roster after the inaugural season which left Octane as the final active player. The team struggled throughout the regular season and finished in 11th place after being eliminated by the Paris Legion. The roster changes were needed to make improvements and to prepare for the new 4v4 format. Seattle now has three talented players and a fighting chance next season.

Prestinni began the inaugural season with the Florida Mutineers but was transferred to the Chicago Huntsmen in May. Here he reunited with his twin brother Alec “Arcitys” Sanderson, and the duo helped the team secure a third-place finish in the finals. Chicago released the brothers after the season ended, but both players have found homes on new teams.

Gunless also played for the Chicago Huntsmen but was benched during the middle of the season and was replaced by Jordon “General” General. Prestinni would eventually take General’s position on the starting lineup who joined Gunless on the bench. Gunless remained on the sidelines for the remainder of the season but now has a chance to compete witha new team.

Loony spent his time during the inaugural season as a substitute player for the Toronto Ultra. He was cut alongside five other players at the end of the season but proved himself as a talented player in previous titles.

The Seattle Surge have a talented roster with years of experience. The team will hopefully do better than it did during the inaugural season and could potentially make a run for the championship.