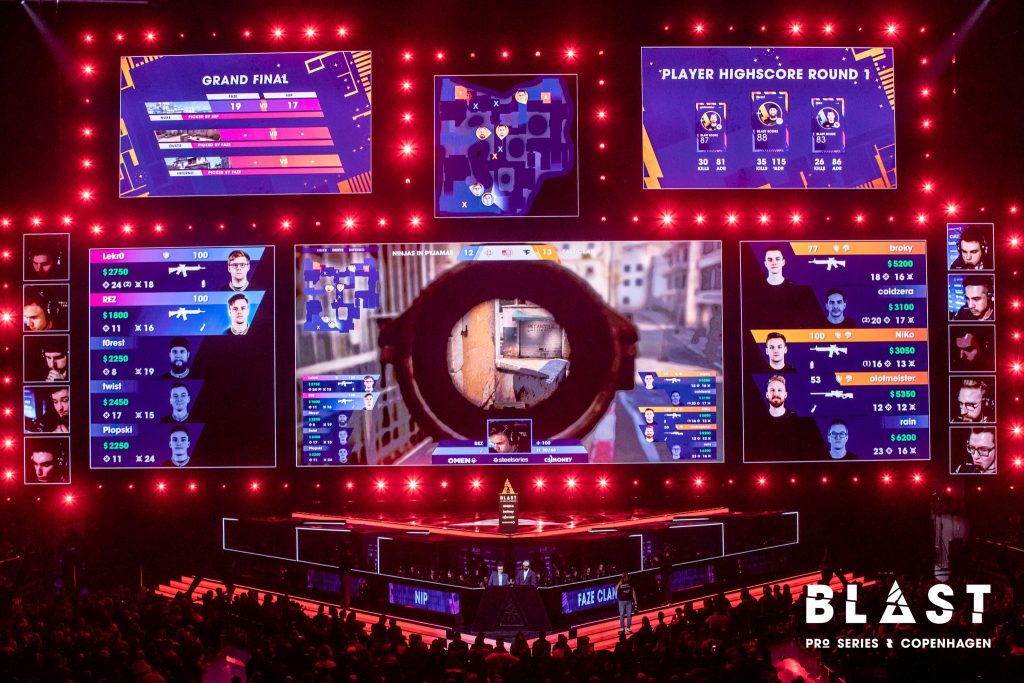 The schedule for the Blast Pro Series Global Finals has just been revealed, with the $500,000 event to be held from December 12-14 in Riffa, Bahrain, a small island country in the Persian Gulf.

The Global Finals will feature the four highest-scoring teams over the course of the season; Faze Clan, Ninjas in Pyjamas, Astralis and Team Liquid.

The choice of format for the Global Finals is double elimination with a Bo3 bracket, which has left some fans disappointed they won’t see more matches. However, the caliber of teams in the final four should make for great entertainment.

The seedings for the opening matches are based on the team’s final placement during the season.

Despite Faze Clan finishing 1st in the Blast Pro Series rankings, they were on the receiving end of a heavy beating from Astralis at IEM Beijing last weekend, who obliterated them 16-0 and 16-2 to reach the Grand Finals. A rematch between the pair in the upper or lower-bracket finals is hopefully on the cards.

Ironically, despite the Blast Pro Series being held partly responsible for Astralis’ loss of form in the past – so much so that people called them Blastralis –  they head into the Global Finals as favorites having won the $125,000 IEM Beijing.

12 months
7 tournaments
The best CSGO teams in the world…

It’s come down to this. The BLAST Pro Series Global Final has found a home.#BLASTProSeries #Bahrain pic.twitter.com/0AG4QJUcAr

The schedule for the Blast Pro Series Global Finals is as follows:

Fans will be delighted to know that the BLAST Pro Stand-off, a series of 1v1 duels, will be a part of the Global Finals. The duels will take place on the BLAST Stand-off Aim map, with the first player to 7 kills winning their match-up.

Counter-Strike: Global Offensive
Share
Lawrence Phillips
Lawrence is an esports dinosaur that started back in 2004 and has been a full-time freelancer ever since. He has worked for the likes of SK Gaming, PGL, ESL, Razer, Monster Energy, GINXTV, Dexerto and Starladder as an editor, scriptwriter and content creator. He currently spends his days trying to own in Apex Legends and Fortnite, in a bid to make up for his lack of skills in his main game, Dota 2.
Follow me