Schalke 04 to Play Without FORG1VEN for LEC Week Four 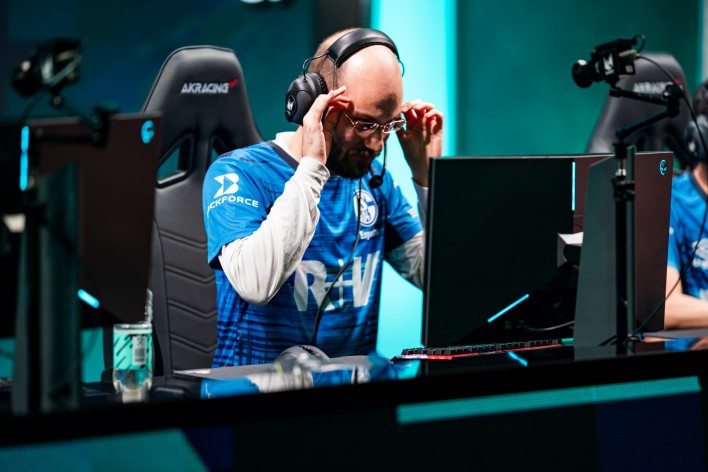 FORG1VEN will be watching Schalke from the sidelines this week. (Photo courtesy Riot Games)

Schalke 04 have announced their starting lineup for week four of the League of Legends European Championship Spring Split. To the surprise of many, star ADC player Konstantinos-Napoleon “FORG1VEN” Tzortziou hasn’t been included. Instead, Nihat “Innaxe” Aliev will be making his LEC debut.

We have decided to give Innaxe a shot, as it aligns with our vision to give Academy players time in LEC if they perform well. We’re still counting on @FORG1VENGRE for Spring & Summer Split and would like to stress that Kostas has been very dedicated during his time with the team.

FORG1VEN joined Schalke during the off-season and was expected to be the full-time starter. Now, Schalke says that this roster move is the result of Innaxe earning a shot after playing well in the Academy league. They also insist that this move is temporary and that FORG1VEN will still have a place in the starting lineup throughout the year.

However, an hour after this announcement was made, FORG1VEN chimed in with his own take on the situation. His grievances with the team’s approach were very clearly aired on his Twitter.

In the short rant, FORG1VEN states that “Schalke is unable/unwilling to make changes to fit [the goal of being competitive].” His stepping down from the starting ADC spot is a direct result of this. FORG1VEN has been known to be a temperamental player in the past, so these conflicts are not completely out of the blue.

FORG1VEN is a competitive player by nature. In the end, his vision is to win. Hopefully he and Schalke can find a compromise and get back to playing League of Legends.