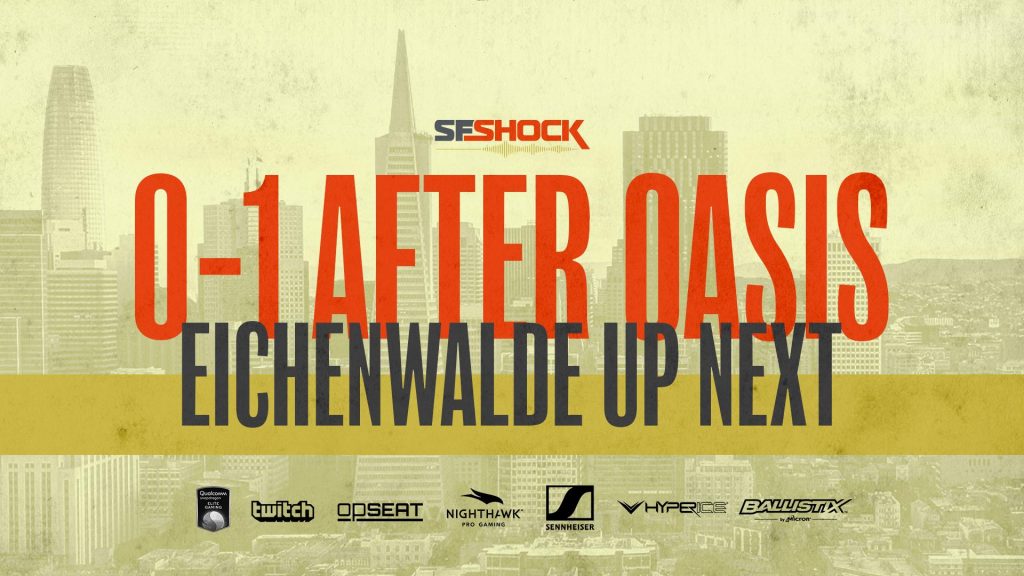 The San Francisco Shock's 28-map winning streak, which was the longest in Overwatch League history, didn’t even last one game into the playoffs.

The San Francisco Shock entered the Stage 2 playoffs as the undisputed favorites after going a perfect 7-0 with a 28-0 map score. The 28-map winning streak, which was the longest in Overwatch League history, didn’t even last one game into the playoffs though. The Shock dropped the first map of their series against the Shanghai Dragons.

WE FEEL YOUR ENERGY! We take Oasis and go up 1-0, putting an end to a historic winning streak! #ShanghaiDragons #Breakthrough pic.twitter.com/KoRkEvlL6y

Oddly enough, the Shock loss came on Oasis. Though a small sample size, the Shock were 2-0 on Oasis this season while the Dragons came in just 1-2. In fact, the Shock actually took Oasis off the Dragons in their last game of the Stage 2 split just last week.

The Shock had few answers for Jinhyeok “Dding” Yang throughout Oasis, as the DPS player was a constant nuisance. Dding and the Dragons used the constant threat of Sombra’s EMP during the Gardens map to keep the Shock off balance. After that, Dding mixed it up and came out on the Pharah on City Center and constantly harassed the Shock.

It seems unlikely that anyone will ever match the Shock’s 28-map winning streak. (Image courtesy of Overwatch League)

Ultimately, the Shock collected themselves and proceeded to steamroll the Dragons after Oasis. If anyone expected the Shock to develop an NYXL type of choking level, they quickly put that to rest by absolutely dismantling the Dragons on Eichenwalde.

The Shock would go on to win the next three maps after Oasis and move onto the semifinals where they will face the surprising Hangzhou Spark. And if the Spark can take anything from the Shock’s lone map loss this stage, it’s that gods can bleed.