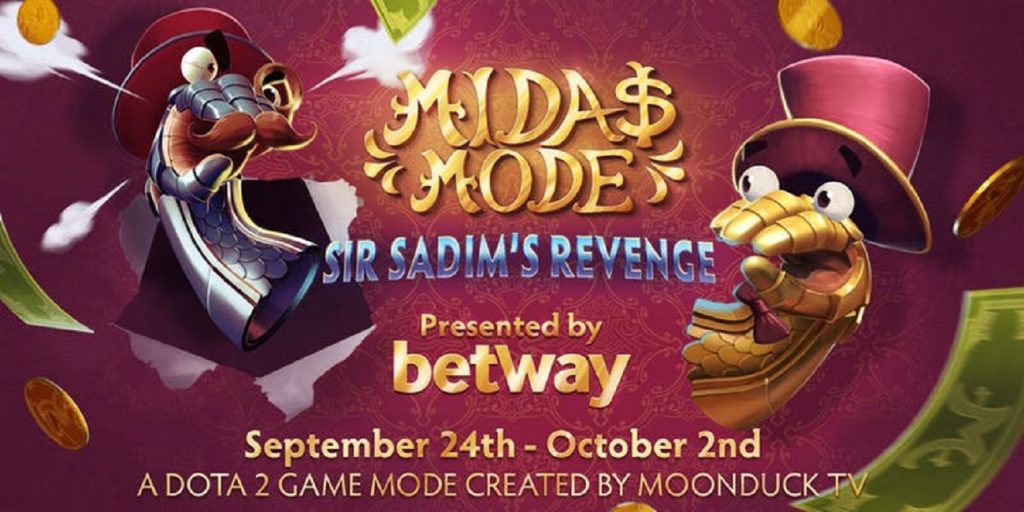 Midas Mode 2 will give fans at the event an opportunity to participate in a Roshan takeover! (Image via Moonduck Studios)

The announcement this morning for Jake “SirActionSlacks” Kanner included revealing a unique VIP feature – Roshan takeover. This will allow one lucky viewer at a time to control Roshan in the game using virtual reality gear, giving them the ability to attack players (or flee from them).

Note that the video below includes graphic language and violence.

Tickets are on sale now, with two tiers available. General admission for the entire event runs $170 USD, while a VIP Ticket, which includes computer access and event participation (such as the Roshan takeover), is $301.99.  Tickets can also be purchased for the weekdays of the event only or the weekend.

While all of the Dota 2 teams will compete from home, attendees will be able to interact with them in a variety of ways (some of which have yet to be revealed). Additionally, there will be plenty of Dota 2 talent on hand for signings and to live cast the games.

Midas Mode uses a unique game mode created by Moonduck. Teams are given a bank of credits to use for purchasing heroes during the draft. The cost of heroes will rise and fall depending on their popularity and perceived strength. Additional credits can be earned by completing bounties, which are in-game challenges such as announcing it every time the team uses a smoke.

Moonduck has assured fans that there are additional announcements to come, so be sure to pick up your ticket soon if you’re already considering it. There’s a limited number available, and because this could very well be the only North American Dota 2 event in 2019, fans will not want to miss out.