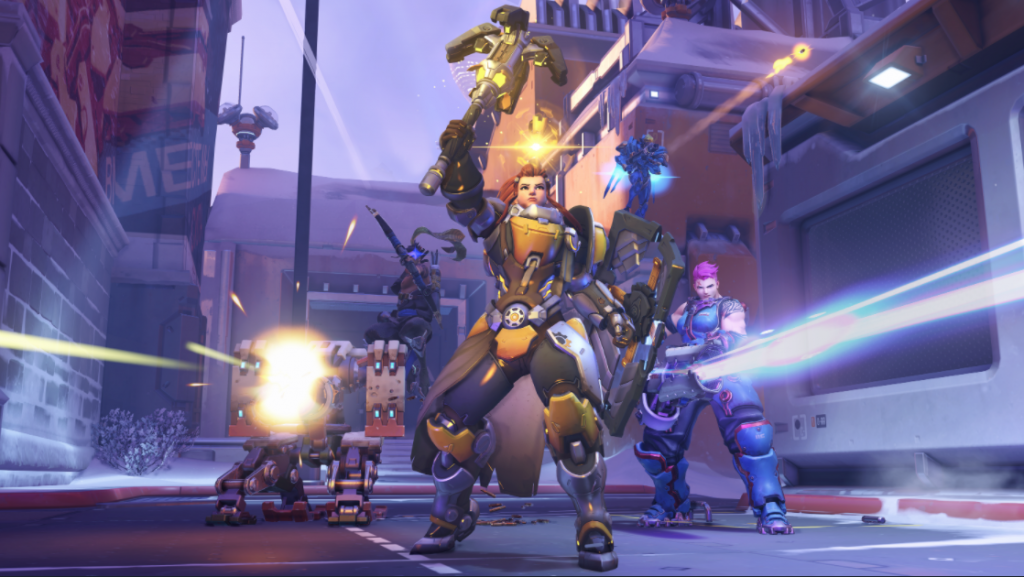 Role Lock has been a boon for most of Overwatch’s player base since its release last year. (Image Courtesy Blizzard Entertainment)

In its four-year lifespan, Overwatch has seen its fair share of upheaval. The game’s roster has seen 11 new heroes enter the fray and the map rotation has ballooned from 12 to 21. At times, Overwatch today hardly resembles the game fans first picked up in 2016. Outside of the addition of the original Hero Limit shortly after launch, nothing has altered the feel of playing Overwatch more than the 2-2-2 Role Lock implemented a year ago. Both features fundamentally restricted the options a player has when selecting their hero.  Both narrowed the possibilities for what an Overwatch team could look like.

Looking back with clarity, it’s easy to see how necessary Hero Limits were, to the point that imagining the game without them is now nearly impossible. With Role Lock, it’s a bit trickier to say. We’re not that far removed from the days of GOATs, and even the cheesiest four-DPS comp will never be as patently absurd as six D.Va’s stalling indefinitely in overtime. Evaluating Role Lock requires more nuance – an understanding of the problems it was meant to solve and what was lost when the feature went live.

A Win for the Casual Player

Few things were more frustrating in Overwatch than queuing into a game only for three teammates to instantly lock Damage picks. Then began the awkward dance of deciding who would solo heal or tank or if one of the three DPS would resign themselves to taking one for the team.

It’s just one example, but it reveals the fraught social side of something so simple as assembling a team composition. Of course, when everyone has their own conception of how the game should be played, coming to a consensus is difficult, even harder, with only 40 seconds to do so. Overwatch is a game that relies on teamwork to truly reach its potential, so having teams routinely tilt before leaving spawn was obviously a problem. 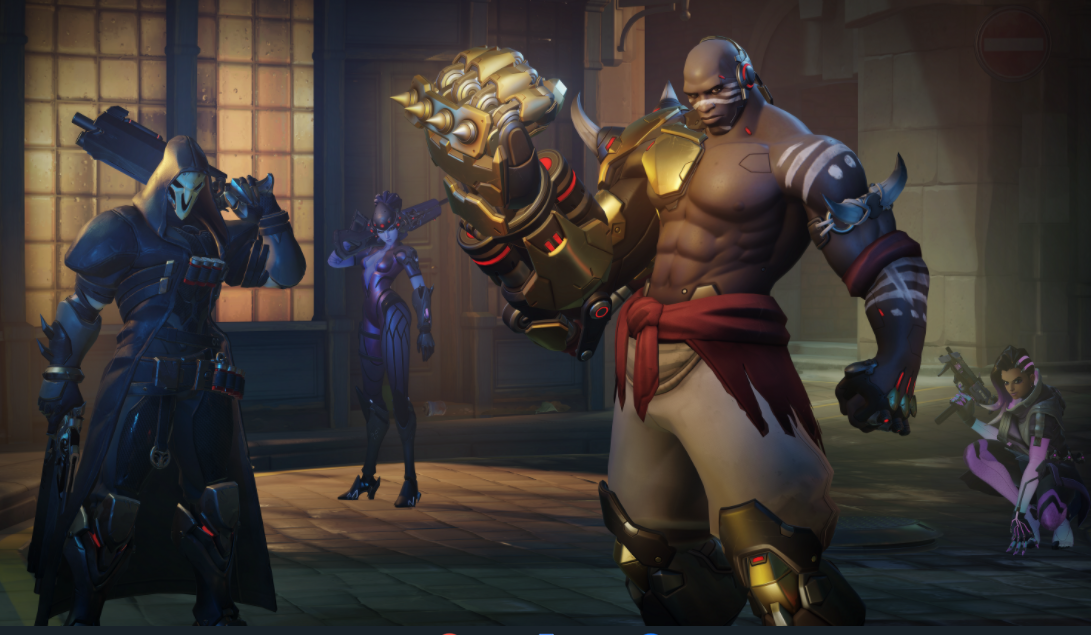 Role Lock was introduced to cut out some of that jostling that started every match and alleviate the social pressure to sacrifice your own experience for the nebulous idea of the “right” team composition. By assigning every player a role, Overwatch immediately eliminates a large part of the decision paralysis that comes with overwhelming options.

On that front, Role Lock has been an undeniable success. By restricting the player, Overwatch lifted the burden that comes with accommodating the team. There’s freedom in knowing you’ll never have to flex to a role you aren’t comfortable with. There’s security in knowing every team will have the same basic structure.

On top of relieving some anxiety of Hero Selection, Role Lock also makes for more balanced matchmaking due to every player having an MMR for each role. Before Role Lock, a DPS main could queue into a game where they felt the need to flex to tank or support. If they earned their rank by playing DPS heroes, they might not belong at that MMR playing other roles.

By adding Role Lock, Overwatch de-stressed the prematch setup, gave the game structure that makes each match more predictable, and strengthened the matchmaking process. The downsides – longer DPS queues and the elimination of wacky comps that rarely worked in an uncoordinated environment – were small prices to pay for the massive quality of life improvements for casual players. It’s not until looking at the esports side of the equation that the picture becomes murky.

The End of an Era

At the time that Role Lock was being conceived and tested, Overwatch at the highest level was dominated by the now infamous GOATs comp. Featuring three tanks and three supports, GOATs all but eliminated DPS heroes from the game for the first half of 2019.

After months of fan displeasure at a stagnant meta and repeated failed attempts to balance GOATs into submission, Role Lock seemed like Blizzard throwing up their hands in frustration. For his part, Jeff Kaplan claimed that the two were unrelated, that such a fundamental change would never come in response to a particularly stubborn meta.

At face value that explanation holds up. GOATs wasn’t the first meta to revolve around three or more of the same role in a team comp. Triple-tank comps helped carry Envy to a historic victory in APEX Season 1. Rogue dominated NA on the back of three-DPS lineups. Even in the final days before Role Lock, it was Shanghai’s three-headed DPS monster of Min Sung “diem” Bae, Jinhyeok “DDing” Yang, and Youngjin “Youngjin” Jin that carried them to the 2019 Stage 3 title.

Then, starting in Stage 4, the paradigm shifted. Role Lock meant no more GOATs and no more creative multi-DPS strategies to disrupt the meta. We never got to see how that tension would’ve played out, whether other teams could replicate Shanghai’s efforts or if the GOATs juggernauts in Vancouver and San Francisco could find answers of their own.

Three stages of meta progression were abandoned in one fell swoop. Even more critically, the number of possible team compositions decreased by an order of magnitude. While the added restrictions were useful to help casual players find a workable comp on the fly, for dedicated teams, they only closed off possibilities.

Teams like Shanghai or Chengdu, who relied on their unique styles to catch teams off guard, fell off hard in the 2-2-2 world. In becoming more standardized, Overwatch esports lost some of its vibrancy, some of the weirdness that allowed the game to surprise and delight its fanbase. 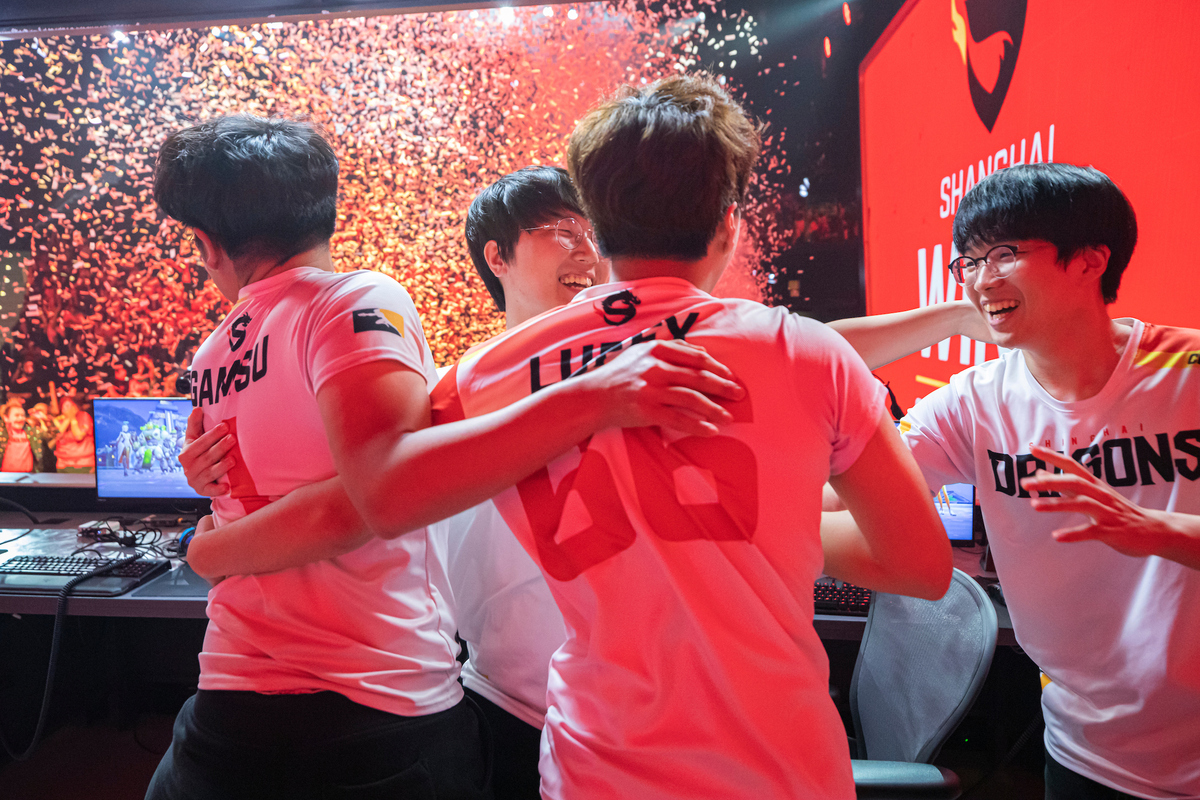 Also caught in the crossfire was a certain type of player who was prized for their flexibility. Throughout 2019, many DPS players were asked to play tank or support in the GOATs meta. Those who adapted, like 2019 MVP Jay ‘sinatraa” Won, distinguished themselves from their peers. Some even made those transitions mid-map at times, like Hong-Jun “HOTBA” Choi playing Tracer for Philadelphia during the 2018 playoffs.

Overwatch esports lost some of that magic with Role Lock. Sinatraa said as much when he retired, citing the feature as one reason his passion for the game diminished.

In hindsight, Role Lock – like Hero Limits before it – was essential, simplifying the experience of playing Overwatch as a hobby. Unfortunately, esports had to fall in line and in the process gave up some of the creativity and freedom that drew fans to Overwatch in the first place.

Even now, Overwatch continues to evolve, constantly in search of equilibrium. Role Lock wasn’t a cure-all for the game even among the casual player base. It didn’t fix meta stagnation, not that it was ever supposed to, and to that aim Blizzard introduced Hero Pools earlier this year.

The new feature has basically been a mirror image of Role Lock. In the retail version of the game, Hero Pools never really worked. Nobody liked having their favorite hero removed and Blizzard never found an adequate system to determine bans. Before long, Hero Pools were removed from the game entirely.

On the other hand, Hero Pools did their job in professional play, injecting variety into the meta and enabling a bit of the creativity that was lost with Role Lock. No, we’ll never see triple-DPS again, but banning meta heroes forces teams to try new things constantly.

That seems to be Blizzard’s philosophy when it comes to Overwatch. Try new things and hang on to what works. With Overwatch 2 on the horizon, that will only become more imperative if the game is to reach its full potential as both a casual title and an esport.