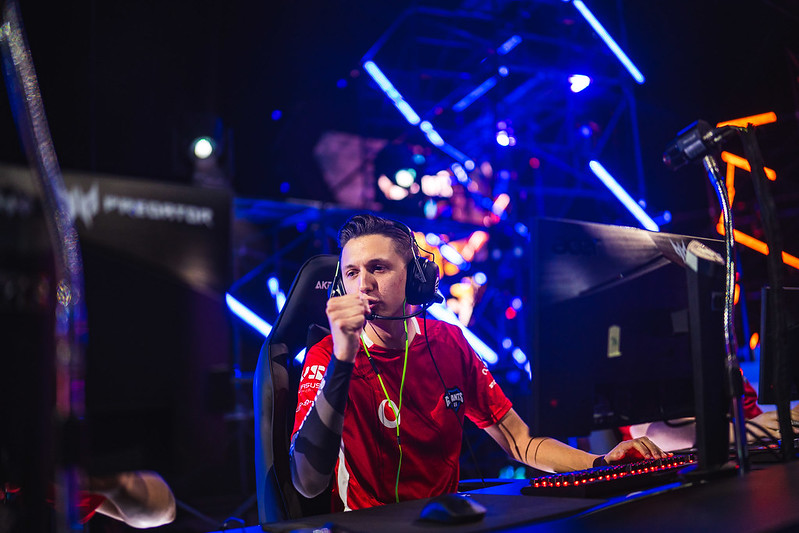 Rogue (formerly Giants) have made quite the showing in the first have of the EU Pro League season and currently sit at the top of the standings. (Photo courtesy Ubisoft Brazil)

Playday seven of the Rainbow Six EU Pro League has come and gone and Europe has four emerging teams. Team Empire, Rogue, G2 Esports and Team Vitality are the top four of Europe. The way things are going, each team is in a strong spot, and several curses seem to be lifted. With the mid-season break for regular play now in session, now is a good time to reflect on EU so far.

Rogue, Team Vitality, and G2 Esports all had curses to beat if they wanted to get to the top. For Rogue, their consistency wasn’t there at the start of the season, which earned them draws. As for Team Vitality, they couldn’t win a game on Monday, and they were normally heavy defeats. Meanwhile, G2 Esports couldn’t win on Wednesdays. These three teams overcame their issues and found themselves gaining momentum away from the 6-point deadlock.

G2 Esports only managed to lift their Wednesday defeat curse against Na’Vi on the final Wednesday of this half of the season. Team Vitality took down Chaos E.C. on playday seven and did so with supreme confidence, in comparison to their other Monday results. Finally, Rogue lifted their draw spree around playday five. Whilst the community joked that Rogue as an organization couldn’t escape their draw curse, the EU team made sure it remained a joke.

As a result of this growth for the three teams, the deadlock has been broken. G2 and Team Vitality tie for the third and fourth place spot on 12 points. On the other hand, Rogue surpassed Team Empire as the number one seed with G2 taking down Team Empire on the final day. G2 Esports managed to beat Team Empire on Coastline, a map that both teams play. G2 even did it with a debuting Ferenc “SirBoss“ Mérész, who joins the team on loan from PENTA.

We're ready to beat @team_empire tonight… Like a boss 😎 pic.twitter.com/B4Tj1WauO2

GG wp @forzegg W 7-5 ! We finish this half season undefeated with 3 draws and 4 wins, pog.
Tomorrow we head of to bootcamp in order to prepare the six invitational, i'm looking forward to it !#GoRogue

BDS Esports is a strange team. Their opening games left lots to be desired, but in week three their 2-0 victory over forZe and Chaos gave them a bit of an x-factor. However, they lost to Na’Vi on the final playday. BDS Esports seems like a team full of ups and downs with unfulfilled potential.

For the next half of the EU Pro League season, BDS needs to prove to us whether they can be a stable Pro League team. Right now, the teams in the bottom half of the bracket seem slippy. That seems to be the difference between the top half and the bottom half. So, BDS, you need to decide what half you want to be in. The Six Invitational will be the first sign to see how this roster will look in the future.

After our report last week describing that Na’Vi seems to be repeating the ENCE storyline, they pulled a win out of the bag. Their win against BDS Esports on playday seven showed that Na’Vi had found life once again. Ben “CTZN” McMillan was back to his fragging power, whilst Luke “Kendrew” Kendrew’s Echo was at an elite level.

During the post-game interview, Kendrew told Parker “Interro” Mackay that they went back to square one at their boot camp, and that seems to have done the trick. For Na’Vi they are in prime position to rewrite their destiny. The final playday earning them a much-needed win must only feel good. Whatever it is they did, it’s a good staging point to enter the Six Invitational. But let’s hold our breath for now. Na’Vi is a team to keep an eye on as we journey into the Six Invitational.

Although, not much can be said about Chaos and forZe. Both teams had potential at the start of the season, but their weaknesses did not iron out as quick as the others. Because of this, both rosters sit at the bottom of the standings. Everyone can see where forZe and Chaos’ potential manifests, but they just lack that ability to close out rounds or use their team comp efficiently.

Even though it’s holding them back, their problems can be easily fixed. Chaos’ adaptation during the Vitality match looked like they can win on their non default attacking setup. A few more setups and strategies and there are no doubts their attacking rounds will look much better. As for forZe, their fragging style is getting them rounds, but their strategy seems lacking. Both teams can improve on their results in the second half, and they have the time off to really hone their craft. It may seem like being bottom two is a bad thing, but the points gap between them and the top four is relatively close. We can’t count them out just yet.