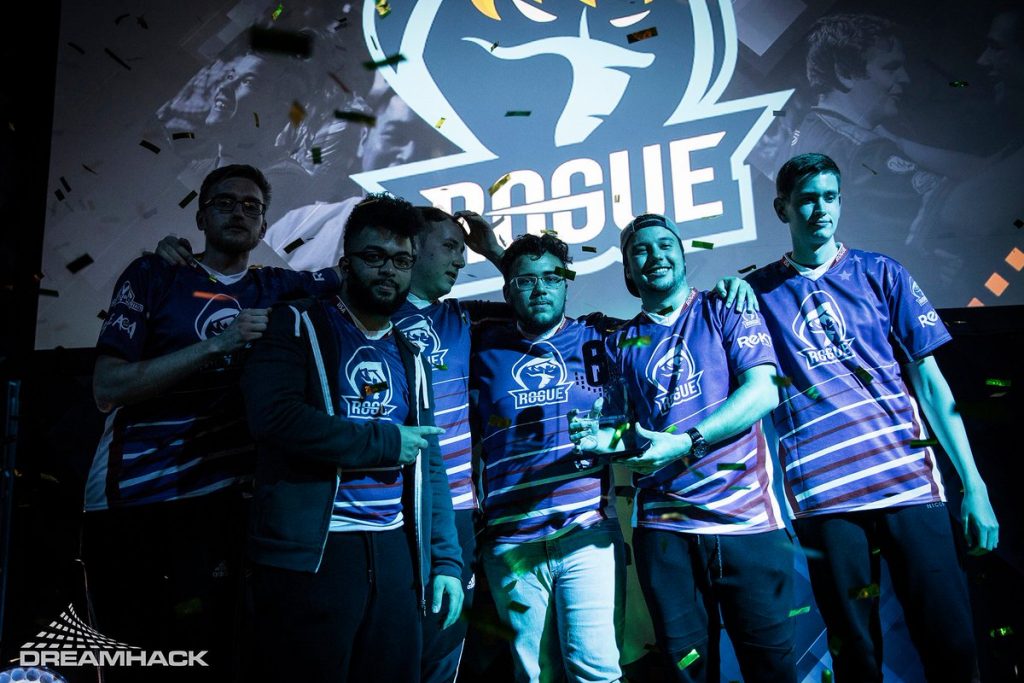 The Rainbow Six Siege minor at DreamHack Valencia has concluded with Rogue as the unlikely champion. Rogue defied all expectations given their recent NA results and rose to the moment in the final vs LFO. Rogue showed nothing was a fluke at the tournament either with a strong showing on their path to victory. Ultimately, they have earned the right to attend the Raleigh Six Major and bagged a $30,000 prize along with it. With such a great story, let us explore how they got there.

Rogue kicked off their event on Friday with their group match vs Natus Vincere. The series was played off stream, but the results tell an interesting story. Both teams managed to take a win on their map picks, but Kafe Dostoyevsky is where it got interesting. Natus Vincere has played Kafe Dostoyevsky a few times in EU Pro League, showing their confidence in the map. However, Rogue had a good game plan and beat them 7-3 and advanced into the winner’s bracket.

In the next round of Group B, they played LFO, Europe’s #1 team currently. Looking at this match on paper, Rogue should have finished 0-2. Instead, Rogue earned themselves the 2-0 victory. Coastline was a competent showing from the team finishing 7-4, whilst Clubhouse did go to overtime with an 8-6 victory. This put Rogue into the quarterfinals.

GG WP @LookingForOrgR6 ! We won our last groupstage match with the score of 2-0.

In the quarterfinals, they met NA counterparts Team Reciprocity. Last time these two teams met was on June 19, in their second playday of Season 10 of NA Pro League. That match was on Villa and ended in a draw. Learning from their own experiences, Villa was not selected, and a great skirmish unfolded. The first match was on Coastline and Team Reciprocity dominated that with a 7-2 victory. However, Rogue managed to creep back into the series with a tight 7-5 win on Kafe. The final map went to overtime with an 8-6 win on Clubhouse just like the LFO game.

In the semi-finals, Rogue competed against Chaos E.C. This series ended 2-0 in favor of Rogue, although, both games went to overtime. The NA squad had their closest challenge yet on Kafe as Chaos brought it to the deciding overtime round. On the second map, Chaos even switched sides on a 6-2 round lead. But credit is due to Rogue. They switched to a more aggressively controlled play style, which put too much pressure on Chaos and won the game 8-6 in overtime on Consulate.

#GoRogue is going to Raleigh!!!@Rogue completes the come back of the year, 6 rounds in a row against @ChaosEC ends in a 2:0 victory and a Grand Final spot!

With such a victory, Rogue earned their ticket to Raleigh as LFO and FaZe Clan were battling in the other semi-final.

In the grand finale, they once again met their group stage opponents LFO. Surely, the fairy-tale story for Rogue would end there. After all, LFO had been slowly improving their LAN performance as the tournament progressed. In the series beforehand, FaZe got destroyed tactically and through fragging. With such momentum, this should have been LFO’s championship.

Instead, Rogue once against upset LFO. Out of nowhere, they played Bank and was victorious 7-4. This came as a surprise because Rogue have only played Bank once this season, which ended with DarkZero winning 7-2. For them to beat LFO on this map despite their official record being poor in S10 shows how prepared they were.

As for the final map, Rogue once again emerged victorious on Kafe Dostoyevsky, with an 8-7 overtime win. Rogue and their opponent put on a show on this map with many highlights coming out for both teams.

This victory is a great story for Rogue. Their performance in North America has been questionable so far in Season 10 of NA Pro League, having only earned 1 win, 2 draws and 1 loss. Comparing this to their victory at Valencia shows just how the training they put in to improve for the LAN.

In addition, Rogue played four games of Kafe at this event, with 2 going into the deciding round of overtime. That’s twice that they have managed to keep their composure in high-pressure situations on a map that’s now part of their identity. Making the jump from 6th in NA to #1 at LAN is a great feat for their strategy, map pool and individual capabilities. Their path to victory almost feels akin to Team Secret’s storyline at the Allied Vegas Minor. One thing is for sure, we should stop counting out underdogs at international appearances.

We are undefeated on Kafe.

We are qualified for the Raleigh Six Major.